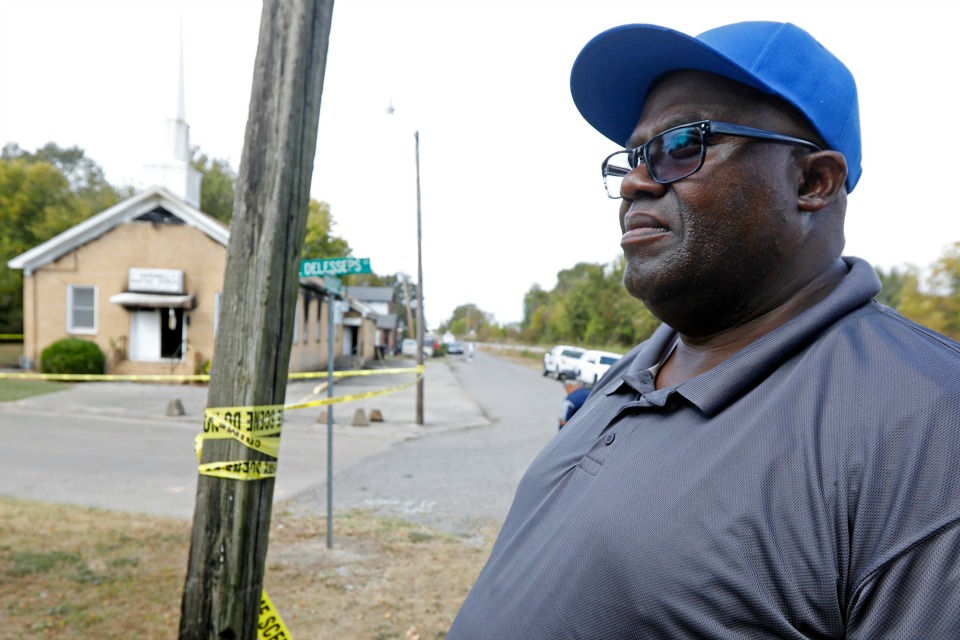 GREENVILLE, Miss. (AP) — The FBI has opened a civil rights investigation of a fire that heavily damaged a black church in Mississippi where someone wrote "Vote Trump" in silver spray paint.

"We consider it a hate crime ... because of the political message which we believe was intended to interfere with worship and intimidate voters," Simmons said. "This act is a direct assault on people's right to freely worship."

"The FBI Jackson Division is aware of the situation in Greenville, and we are working with our local, state and federal law enforcement partners to determine if any civil rights crimes were committed," state FBI spokesman Brett Carr said in an email.

He did not comment on whether it was being investigated as a possible hate crime. "At this point, it is too early in the investigation to determine what type of crime this could be," he said.

Gov. Phil Bryant, a Republican who has been campaigning for his party's presidential nominee Donald Trump, said "we expect a suspect will be identified and brought to justice."

"First, anyone who burns a place of worship will answer to almighty God for this crime against people of faith. But they should also answer to man's law," Bryant's statement said.

U.S. Rep. Bennie Thopmson, a Democrat whose district includes Greenville, said the fire and graffiti "harkens back to a much darker day in Mississippi."

"The political message of the vandalism is obviously an attempt to sway public opinion regarding the upcoming election," he wrote in an emailed statement. "I encourage all citizens not to be deterred by this cowardly act and exercise your right to vote at the ballot box."

Fire Chief Ruben Brown said water from the hoses and heat from the fire also damaged the church's kitchen and the pastor's study. It was put out within 12 minutes, but it took an hour and a half to extinguish hot spots, he said.

Arson investigators also were at the scene Wednesday collecting evidence. Brown said the cause remains under investigation.

"We don't have any suspect at time, but we are possibly talking to a person of interest," Police Chief Delando Wilson said.

The mayor said "we will not rest until the culprit is found and fully prosecuted."

The congregation has existed for 111 years, and will rebuild on the same site, said pastor Caroline Hudson.

"The act that has happened has left our hearts broken but we are strong together," Hudson said. "We are not angry, but our hearts are broken."

Bishop Clarence Green called the fire troubling. He said that in his 21 years as bishop, the church had never been vandalized.

"The last time someone was at the church was Tuesday around 3," Green said.

Asked where the church members will meet this Sunday, Green said: "We'll have to work on that."