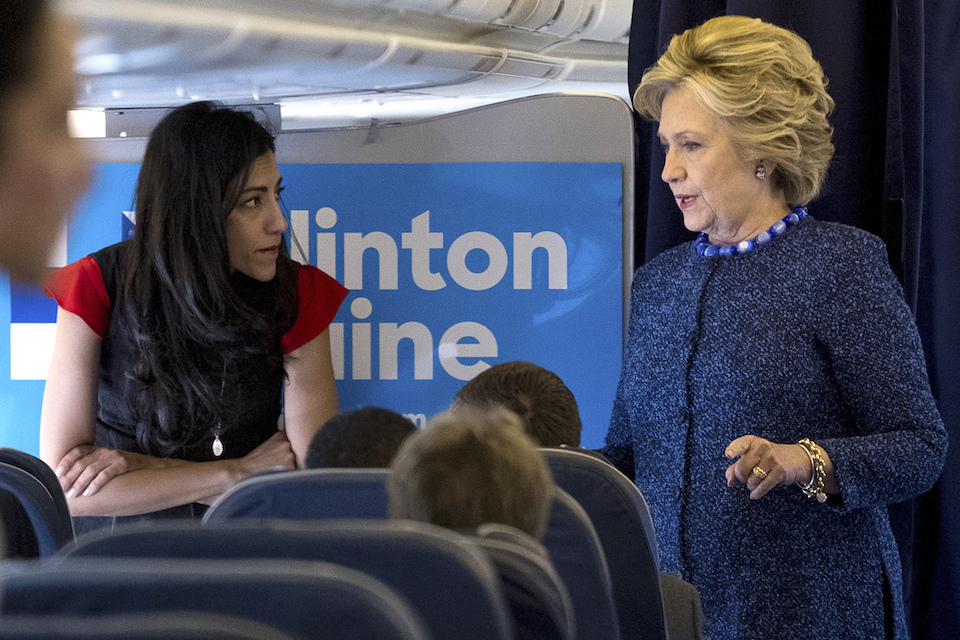 WASHINGTON (AP) — The Justice Department discouraged the FBI from alerting Congress to the unexpected discovery of emails potentially related to its investigation of Hillary Clinton's private email server, given the proximity to the presidential election and the potential for political fallout, a government official said.

Justice Department officials who were advised of the FBI's intention to notify Congress about the discovery expressed concern that the action would be inconsistent with department protocols designed to avoid the appearance of interference in an election.

In an apparent departure from the wishes of top Justice Department leaders, FBI Director James Comey acted independently when he sent several members of Congress a letter about the emails on Friday, according to the official, who was not authorized to discuss internal deliberations and spoke on condition of anonymity.

The move creates the potential for a divide between the Justice Department and Comey, who has served in government under both Democratic and Republican presidents. And it provides political fodder for Republican nominee Donald Trump.

Speaking at a rally in Phoenix on Saturday, where the crowd cheered "Lock her up!" at the mention of Clinton's name, the billionaire accused the Justice Department of doing everything it can to protect the Democratic nominee in another example of what he claims is a "rigged system."

It was not immediately clear what the emails were about or what significance, if any, they carried to the email investigation. Nor was it clear when agents would complete the process of reviewing the recovered emails, and Comey made no guarantees that would happen before Election Day.

The newly discovered emails were on a device seized during a sexting investigation of disgraced former New York congressman, Anthony Weiner, the estranged husband of Huma Abedin, one of Clinton's closest aides. 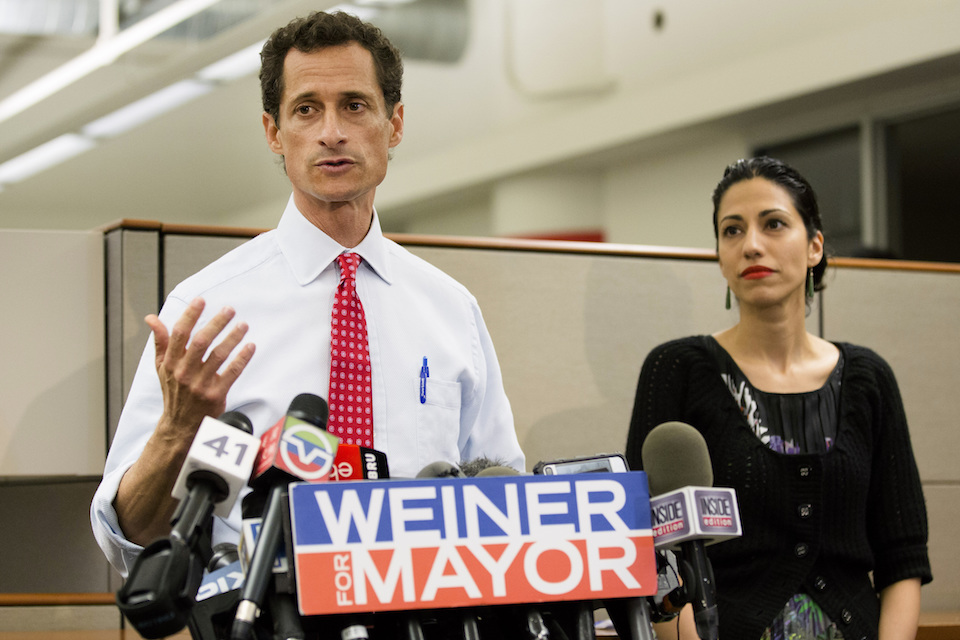 Photo: Anthony Weiner, when he was a New York mayoral candidate, speaks during a news conference alongside his wife Huma Abedin in New York. The FBI informed Congress on Friday, Oct. 28, 2016, it is investigating whether there is classified information in new emails that have emerged in its probe of Hillary Clinton's private server. A U.S. official told The Associated Press the newly discovered emails emerged through the FBI’s separate sexting probe of former congressman Anthony Weiner, the estranged husband of close Clinton confidant Huma Abedin. (AP Photo/John Minchillo, File)

A person familiar with the investigation, who lacked authority to discuss the matter publicly and insisted on anonymity, said the device that appears to be at the center of the new review was a computer that belonged only to Weiner and was not one he shared with Abedin.

As a result, it was not a device searched for work-related emails at the time of the initial investigation. The person said it is "news to (Abedin)" that her emails would be on a computer belonging to her husband.

Abedin told lawyers in June in a deposition that, like millions of internet users who don't manage their inboxes, she never deleted old emails on her devices, either at work with Clinton or at home with Weiner.

"I didn't have a practice of managing my mailbox other than leaving what was in there sitting in there," Abedin said.

"I didn't go into my emails and delete State.gov emails. They just lived on my computer. That was my practice for all my email accounts. I didn't have a particular form of organizing them. I had a few folders, but they were not deleted. They all stayed in whatever device I was using at the time or whatever desktop I was on at the time."

In February 2013, Abedin signed a routine State Department document under penalty of perjury in which she promised to "turn over all classified or administratively controlled documents and materials" before she left her government job, and promised that she was not retaining copies, "including any diaries, memorandums of conversation or other documents of a personal nature."

The document required her to give back all "unclassified documents and papers relating to the official business of the government acquired by me while in the employ of the department."

Abedin and Weiner separated this year after Weiner was caught in 2011, 2013 and again this year sending numerous woman sexually explicit text messages and photographs of himself undressed.

Federal authorities in New York and North Carolina are investigating online communications between Weiner and a 15-year-old girl.