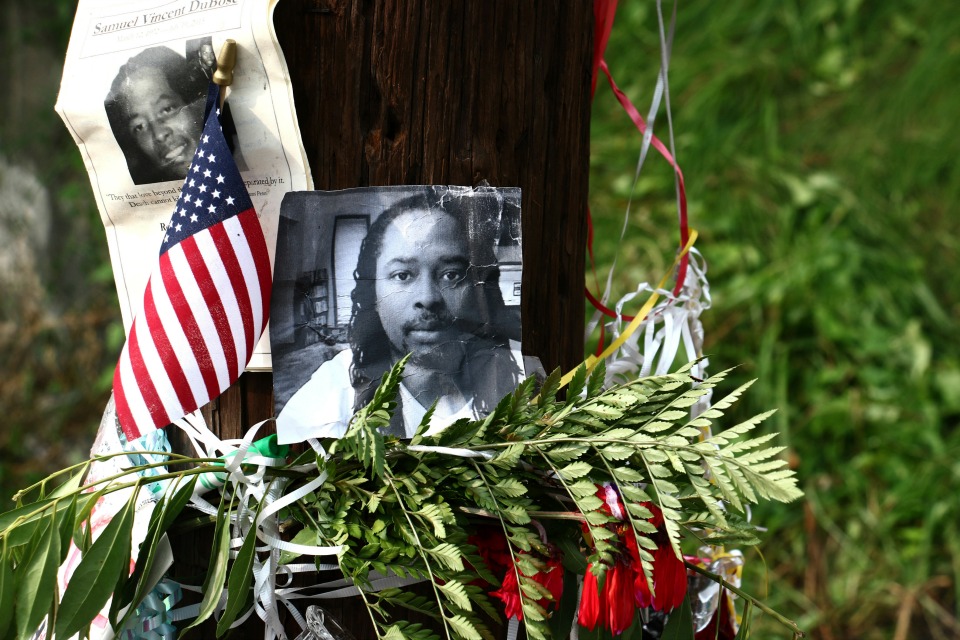 CINCINNATI (AP) — Under tight courthouse security and close monitoring by local officials concerned about keeping the peace, jury selection begins Tuesday for the murder trial of a white university police officer charged with killing an unarmed black man during a traffic stop.

Ray Tensing, 26, fatally shot Sam DuBose, 43, last year after pulling him over for a missing front license plate near the University of Cincinnati. The Hamilton County prosecutor called Tensing's actions "asinine" and "senseless" in announcing the officer's indictment and releasing a police body camera video.

An outside review commissioned by the university said the now-fired UC officer showed poor police tactics in an "entirely preventable" fatal shooting.

Defense attorney Stewart Mathews has said Tensing feared getting dragged under DuBose's car as he tried to drive away. And legal experts say jurors often want to give police the benefit of the doubt in deadly force cases.

"It's divided the community. But I think it's a tough case for the prosecutor because juries have a difficult time convicting police officers," said attorney Mike Allen, a former prosecutor and also a former police officer, including for UC. "They realize that police officers have to make split-second decisions sometimes."

"They just don't want to second-guess officers in those life-or-death decisions," said Philip Stinson, a criminologist at Bowling Green State University in Ohio. "They think, 'What if that was me? What if that was my child who was the police officer?'"

To convict Tensing of murder, Allen said, jurors would have to find he purposely killed DuBose. He also is charged with voluntary manslaughter, which means killing during sudden passion or fit of rage.

But jurors won't ignore credible evidence that supports the charges, Allen said, and Stinson, who tracks on-duty police cases across the nation, said convictions do happen.

Stinson's study has found that since 2005, 77 state or local police officers have been charged with murder or manslaughter counts for on-duty fatal shootings. Of those, 27 have been convicted, 14 in jury trials. In some cases, officers pleaded guilty to reduced charges.

Over that time, 15 officers were acquitted by juries, six were found not guilty by judges in bench trials, four had charges dismissed by the judge, and three cases were dropped by prosecutors.

Just last week, a mistrial was declared because of a hung jury in the murder trial of two former Albuquerque, New Mexico, police officers charged in the shooting of a homeless camper armed with two knives.

The other cases are pending or in court. There have been thousands of other shooting cases that didn't result in charges, usually after official reviews upheld officers' actions or grand jurors declined to indict. However, the number of police murder and manslaughter cases over the past two years has been higher than the averages in the prior years Stinson studied.

Expanded availability of video evidence is one contributor, and it will likely be pivotal in Tensing's case.

Both sides plan to call expert witnesses to deconstruct the sights and sounds of the traffic stop and shooting. Tensing's body camera recording shows DuBose contending he had done nothing wrong and apparently trying to keep the officer from opening his car door before the video becomes shaky and a gunshot is heard.

Mathews has indicated he will call Tensing to the stand, where the former officer would likely describe fear he felt when deciding he needed to fire.

Hamilton County prosecutor Joe Deters has said he will lead the prosecution. Last July, he blasted Tensing's actions as "asinine" and "senseless."

Tensing had about three years of suburban police experience before joining the UC police in 2014. He had no record of using deadly force.

An outside consultant's report found Tensing made more traffic stops and with a higher racial disparity than other UC officers.

Court records show DuBose had a long history with the law, mainly for traffic infractions and for selling and possessing marijuana. His family and friends called him a peaceful "jokester" into music and motorcycles.

The University of Cincinnati has restructured its public safety department and made reforms since the shooting. It also agreed to a $5.3 million settlement with DuBose's family that includes free undergraduate tuition for his 13 children.

Winnowing the jury pool is expected to take several days, with courtroom questioning of prospective jurors set for Oct. 31.

The Cincinnati shooting is among cases across the nation the last three years that have focused attention on how police respond to black people.

The city was rocked by riots after the 2001 police shooting of an unarmed black man, but has made policing changes including increased training, citizen feedback and transparency. U.S. Attorney General Loretta Lynch said during a visit last year that Cincinnati's reforms could be a model for other cities.

Cincinnati officials have been meeting with civil rights, clergy and other community leaders ahead of the trial, and security has been beefed up in the courthouse, with demonstrations by Black Lives Matter and other groups planned outside during the proceedings.

"We will be trying to establish a sense of calm in the city," City Manager Harry Black told The Cincinnati Enquirer.

Follow Dan Sewell at http://www.twitter.com/dansewell. For some of his other recent stories: http://bigstory.ap.org/content/dan-sewell