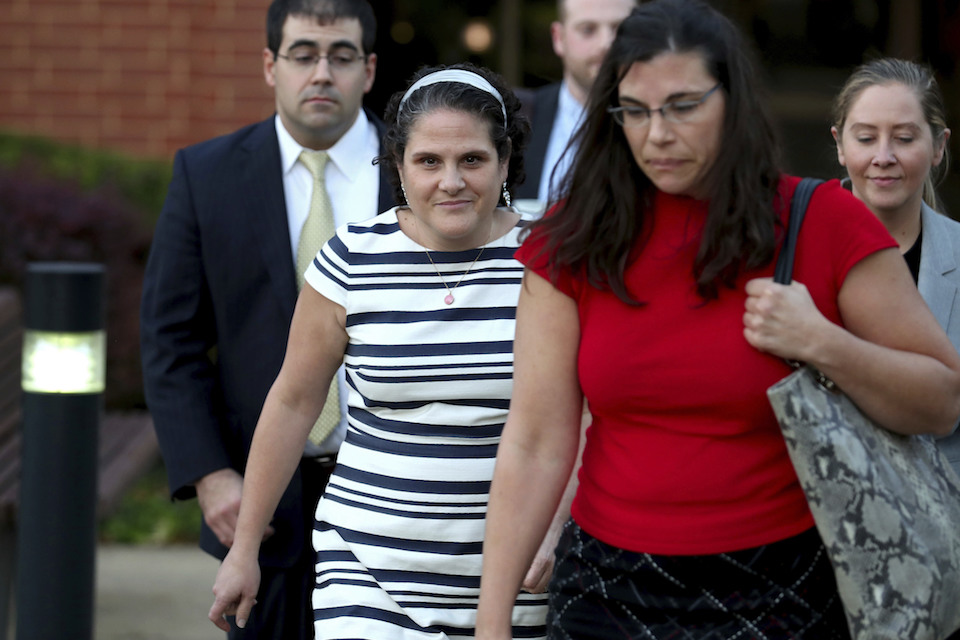 CHARLOTTESVILLE, Va. (AP) — The author of the discredited Rolling Stone magazine article about a woman's claim of being gang-raped at a University of Virginia fraternity says she was "startled" when the woman seemed to back off her story following its publication.

The writer, Sabrina Rubin Erdely, continued her testimony Saturday in a court case over the article. University administrator Nicole Eramo has sued the magazine for $7.8 million, claiming the article made her its "chief villain" and was defamatory.

The story, "A Rape on Campus," was published on Nov. 19, 2014 and tells the story of a woman identified only as "Jackie," who claimed she was gang-raped by seven men. 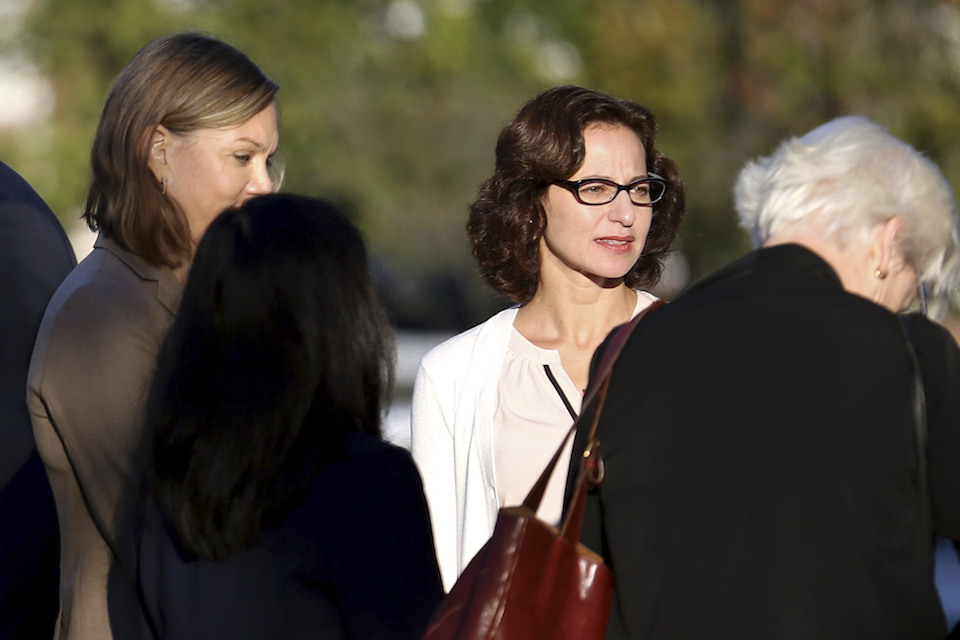 Photo: Nicole Eramo, center, leaves the federal courthouse, Wednesday, Oct. 19, 2016 in Charlottesville, Va.. Eramo, a University of Virginia administrator who sued Rolling Stone magazine over its portrayal of her in a now-discredited story about a gang rape said Wednesday that the magazine's apologies for its journalistic failures didn't go far enough. (Ryan M. Kelly/The Daily Progress via AP)

A police investigation later found no evidence to back up Jackie's claims. Rolling Stone ultimately retracted its story.

The Washington Post reports Erdely testified that she reached out to Jackie on the morning of Dec. 5, 2014 and asked her if she had gone to the police to report the crime following the story's publication. Jackie told her it wasn't the right time, she said.

"I was a little surprised," Erdely testified. "A couple of other things struck me as odd. ... I was getting a little hinky feeling."

Erdely testified that for the first time, Jackie expressed doubt about whether her alleged assailant was in Phi Psi, the fraternity she had said he belonged to.

"I was just so startled. ... Here she was saying in such a casual way, 'Oh yeah, maybe he wasn't in Phi Psi.'"
Erdely said that together they tried to look up additional information about her alleged attacker online but were unable to find anything.

"When I got off the phone, I felt like the ground had shifted from under my feet," Erdely testified.

She added: "I felt that she didn't have credibility anymore, which meant that we couldn't stand behind anything that she had given me."

Erdely then composed an email to her editors telling them she believed the story should be retracted. The subject line: "Our worst nightmare."