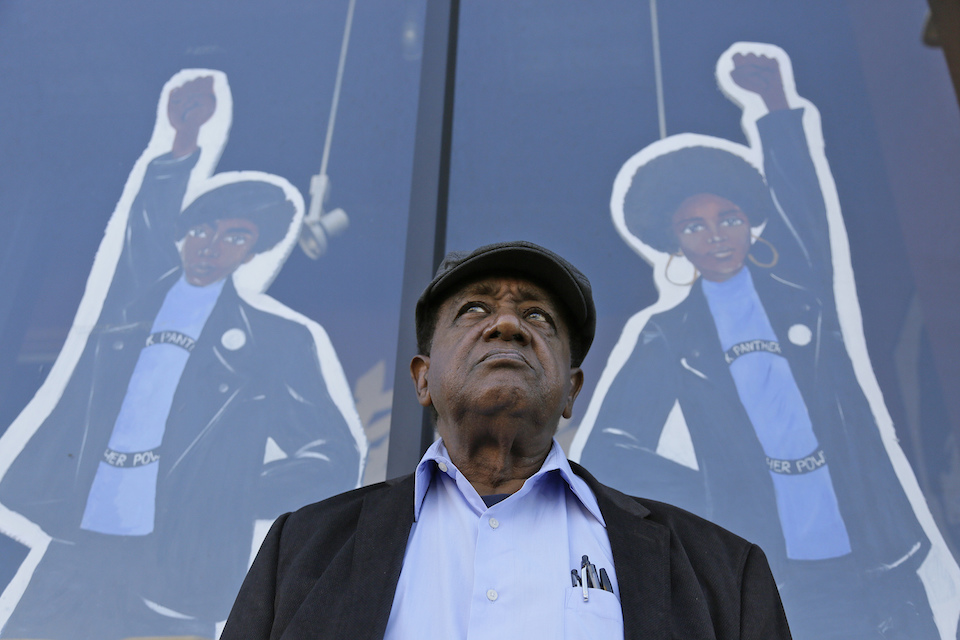 OAKLAND, Calif. (AP) — The Black Panthers emerged from this gritty Northern California city 50 years ago, declaring to a nation in turmoil a new party dedicated to defending African Americans against police brutality and protecting the right of a downtrodden people to determine their own future.

In the group's short life, it launched an ambitious breakfast program for children and opened free health clinics to screen for sickle-cell anemia. At the same time, party members scared mainstream America with their calls for revolution that were at odds with Martin Luther King Jr.'s insistence on peaceful protest.

The Panthers eventually imploded, weakened by internal fighting and by COINTELPRO, a government effort to undermine the group. FBI Director J. Edgar Hoover said the party represented the nation's "greatest threat to internal security." The Nixon administration moved to shut it down.

The anniversary comes as new tensions between black communities and law enforcement have given rise to another social-justice movement with Oakland ties — Black Lives Matter.

Hundreds of Panthers from around the world are expected in Oakland for a four-day conference that started Thursday. Two days later, co-founder Bobby Seale will celebrate his 80th birthday with a roast sponsored by the National Alumni Association of the Black Panther Party.

Nationally, African Americans continue to lag whites in jobs, housing and health. And Oakland, once a heavily black city, is losing its African-American population as soaring home prices propelled by the technology boom drive out poorer residents.

"The only change is that time has passed," said Elaine Brown, a former party chairwoman who remains politically active in the San Francisco Bay Area. "We are the poorest. We have the least economic interests in the country, and consequently we are an oppressed people. We remain an oppressed people." 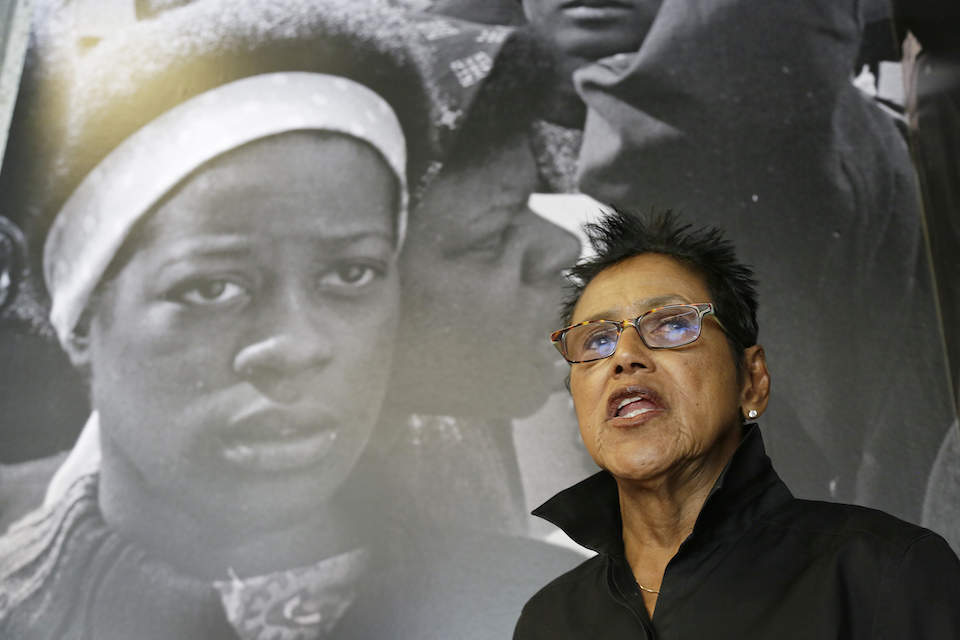 Bobby McCall was 20 when he left Philadelphia for Oakland to help give away 10,000 sacks of free food. He agrees that conditions have not improved.

"That's why we have the movement Black Lives Matter," McCall said. "Only they're not as organized as we were. They don't have a free breakfast program like we had. They have to start developing programs."

The generally accepted date of the party's founding is Oct. 15, 1966, although Seale said it was a week later, on his birthday.

It was an era of Vietnam War and civil rights protests when Seale and Huey P. Newton drafted the party's 10-point platform. The document called for decent housing and employment. It demanded black self-reliance.

They named their group the Black Panther Party for Self-Defense after a black civil rights group in Alabama, adopted the beret worn by the French resistance to Hitler and launched armed patrols.

In response, California lawmakers in 1967 repealed the law that allowed people to carry loaded weapons in public. The Panthers gained national attention when they carried guns into the state Capitol in protest.

White Americans were used to King's nonviolent campaign against racism, but they were not accustomed to seeing black Americans with guns.

Hundreds of former Black Panthers from around the world are expected to gather in Oakland, Calif., for a four-day conference that started Thursday, Oct. 20, 2016. The Panthers emerged from the gritty city 50 years ago, declaring a new party dedicated to defending African-Americans against police brutality and protecting their rights. (AP Photo/Eric Risberg)

Today Seale bristles at all the talk of free breakfasts and firearms without what he calls 'critical context'. He formed the party, he said, to elect minorities to political seats. The "survival programs" such as food and clothing giveaways were linked to voter registration drives, he said. 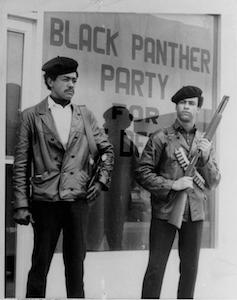 As for the violence that included shootouts with police, Seale said:

The Oakland Museum of California's exhibit "All Power to the People: Black Panthers at 50" documents the party's reign from 1966 to 1982. The party's decline included Nixon administration efforts to undermine the group with informants and misinformation.

"The FBI inspired raids on Panther offices. There was a general campaign to portray them as a negative, violent organization," said Rene de Guzman, the museum's director of exhibition strategies and senior curator of art.

Members, including Seale and Newton, cycled in and out of jails and prisons. Seale left the party in 1974. Newton dissolved it in 1982, shutting down the community school and newspaper. He was later shot dead by an alleged drug dealer.

Politics, Protest or both?

Many see the party's influence in the youth movements of today, especially Black Lives Matter, which also protests police brutality. It started as a hashtag and love letter to blacks posted on Facebook by a young Oakland activist named Alicia Garza in 2013, after George Zimmerman was acquitted of fatally shooting 17-year-old Trayvon Martin in Florida.

Seale would like to see Black Lives Matter organize people to seek political office and create an environmental jobs program for youth.

Robbie Clark, a 35-year-old housing organizer and Black Lives Matter activist who grew up in Oakland, said the movement already does just that. The founders, for example, work on behalf of domestic workers and immigrants.

Some activists, Clark said, want to focus on elections and others want to go outside the political system. Many insist the movement needs both.

"We can shift some of those conditions by having the right people in office," Clark said, "but it's with the understanding that having different people in those seats doesn't make the system change overnight."