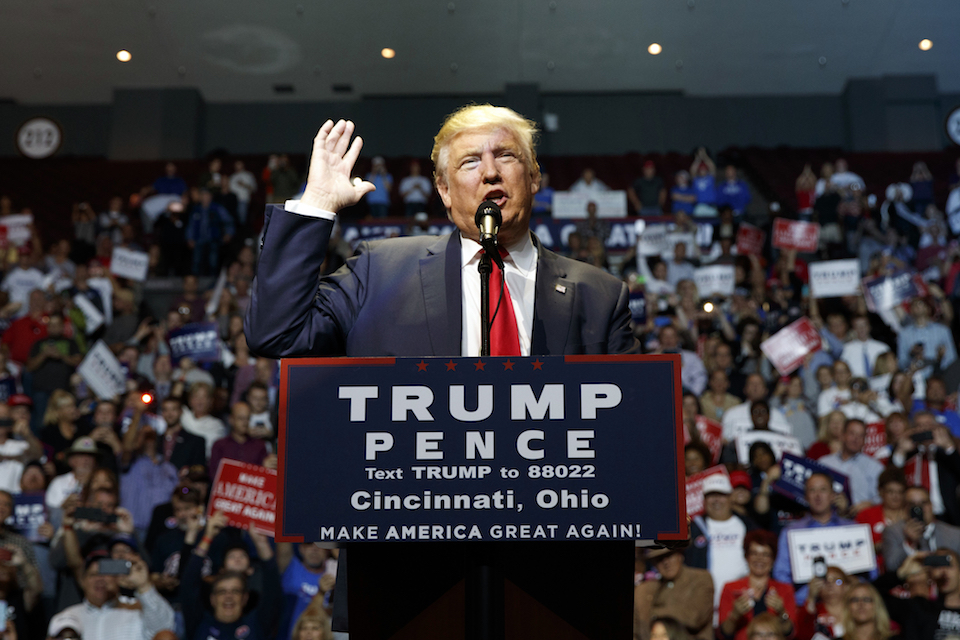 Some of what's been revealed about Trump's predatory personal interactions, business dealings, legal tactics and management style would come as no surprise to those who've made a career out of following the billionaire's rise to prominence. But ordinary Americans who began the 2016 campaign with a passing impression of Trump as the outspoken mogul of "Apprentice" fame now have far more information to draw upon as Election Day nears.

Despite his image as the businessman with the golden touch, Trump's track record in business isn't as magical as he would have people think. Yes, he is rich. Yes, he has had his share of success. But he's also kept company with any number of questionable business associates, had quite a share of projects go bust, left a string of contractors in the lurch, exaggerated his wealth and bragged of using his star power to impose himself sexually on women.

Another thing people discovered about Trump this year is all the things they still don't know. He hasn't released his tax returns, records of charitable giving, detailed medical records, immigration files for his wife and more. That penchant for secrecy is coupled with an aggressive strategy to muzzle business and campaign employees by requiring them to sign nondisclosure agreements.

A look at some of what's been learned about Trump during the campaign:

From the outside, NBC's "The Apprentice" was an instant hit that helped turn Trump into a household name, even if its ratings did slip over time. Insiders told AP that Trump repeatedly demeaned female crew and contestants over the years, rating women by the size of their breasts and talking about which ones he'd like to have sex with. None of that made it into the show, of course. But the revelations added to persistent questions about Trump's behavior toward women.

Days after "The Apprentice" revelations, The Washington Post came out with a 2005 video in which Trump is captured bragging about kissing women at will, groping their genitals and trying to have sex with them. Trump dismissed the explosive video as nothing more than locker-room banter and said he'd never done the things he talked about in the video. But it caused a number of top GOP officials to call for Trump to step down from the ticket and prompted a number of women, outraged by his denials, to step forward to say they had been targets of his lechery.

Trump claims he's given millions to charity. But there's a big question mark about that. An AP investigation found that the overwhelming majority of recent gifts distributed by the Trump Foundation had been made with other people's money, not contributions from the candidate. And it turns out Trump has used his foundation's money to pay legal settlements for his for-profit businesses, The Washington Post reported. The New York attorney general's office this month ordered Trump's foundation to stop fundraising immediately in the state, saying it isn't registered to do so.

For all Trump's talk about seeking out the best people, his business associates over the years have included a significant number of questionable characters . He partnered with the son of an Azerbaijani government minister suspected by U.S. diplomats of laundering money for Iran's military. He named a Mafia-linked government informant as a senior adviser and supported a convicted cocaine dealer in a letter to a federal judge. He hired a convicted felon to be the superintendent of Trump Tower.

On two development deals, he partnered with convicted criminals, one convicted in a Mafia-linked stock fraud scheme. More recently, Trump campaign manager Paul Manafort resigned after AP reported that he had helped a pro-Russian Ukrainian political party secretly route at least $2.2 million to two prominent Washington lobbying firms in 2012, doing so in a way that effectively obscured the party's efforts to influence U.S. policy.

Trump's six corporate bankruptcies after his big gamble on three Atlantic City casinos were no secret when he began his campaign, but the circumstances have come into sharper focus over the past year. Trump continues to blame his casinos' troubles on an economic downturn that walloped the whole industry. But in fact, two of his casinos' bankruptcies occurred in years when overall Atlantic City gambling revenue was rising.

Multiple reports over the past year have documented Trump's refusal to pay various contractors who worked for him. USA Today found at least 60 lawsuits, as well as hundreds of liens, judgments and other government filings that document people who accused Trump and his businesses of failing to pay them. The Wall Street Journal, likewise, documented hardball tactics that shortchanged Trump's suppliers. During the bankruptcy of the Taj Mahal Casino in the early 1990s, some contractors who'd helped Trump build the property went under because Trump's company didn't pay what it owed them — millions of dollars in some cases. Trump refused to pay in full 253 contractors who had helped build the Taj. Trump's bankers gave him a $450,000 monthly allowance while his debts were renegotiated.

Trump perpetuates a self-made-man persona, stressing that he started out with a "small" $1 million loan from his father that he later repaid. He doesn't mention that he also received loan guarantees, bailouts and a drawdown from his future inheritance. Reporter Tim O'Brien noted in a 2005 book that Trump drew $10 million from his future inheritance during hard times, and inherited a share of his father's real estate holdings, which were worth hundreds of millions when they were eventually sold off.

In recent years, Trump has been known more for licensing use of his name than for building things. Not all those branding deals have been seamless. Condo buyers at failed Trump-named properties in Fort Lauderdale, Florida , Tampa, Florida , and Baja, Mexico , have claimed in lawsuits that the billionaire misled them into believing he was more involved in the projects than just lending his name. Trump won the Fort Lauderdale case and settled those in Baja and Tampa.

Trump faces class-action lawsuits in California and New York alleging that his Trump University, which offered real estate seminars and classes around the country, pressed students to pay up to $35,000 for mentorships and failed at its promise to teach success in the business. While marketing materials said that Trump had "handpicked" employees for the operation, in court testimony he acknowledged that he couldn't recall names of his employees. New York Attorney General Eric Schneiderman sued Trump University in 2013 alleging it had committed fraud and fleeced 5,000 people out of millions of dollars.

Trump caused a firestorm when he complained in February that Gonzalo Curiel, the judge handling the California Trump University class-action lawsuit, couldn't be fair, citing the judge's Mexican heritage. Trump also tried to get a judge pulled off a New York case in 2011, and he called the judge on a 2009 case biased.

Cracking down on illegal immigration has been a huge part of Trump's campaign pitch, but his own modeling agency has come under scrutiny for its use of foreign models who came to the U.S. on tourist visas that did not allow them to work in the country. Mother Jones reported that Trump Model Management profited from work by models who didn't have work visas.

Trump's substantial real estate holdings also represent a substantial pile of debt. The New York Times reported that while Trump promotes himself as beholden to no one, his companies have at least $650 million in debt. It also reported that much of his wealth is tied up in passive partnerships that owe an additional $2 billion to various lenders.

BuzzFeed listened to dozens of Trump appearances on "The Howard Stern Show" from the late 1990s through the 2000s. Its headline pretty well summed up the results: "Donald Trump said a lot of gross things about women on 'Howard Stern.'"

For all of Trump's emphasis on keeping jobs in the U.S., it turns out Trump's private companies and the clothing line run by his daughter Ivanka routinely sell clothes and other products made in China and other Asian countries.

The say-anything candidate has a thing against loose lips. In both his businesses and his presidential campaign, Trump requires nearly everyone to sign legally binding nondisclosure agreements that keep them from releasing any confidential or disparaging information about Trump, his family or his companies. He's not afraid to sue those he thinks violate the confidentiality agreements.

When Trump isn't happy with his business partners or patrons, he's not afraid to sue. On the flip side, his businesses have attracted an outsized share of lawsuits over the years. A USA Today investigation found that Trump and his businesses have been involved in thousands of suits over the past 30 years. Nearly half the suits were related to his casinos, and most of those involved suits against gamblers who failed to pay their debts. In the first presidential debate, Hillary Clinton highlighted a discrimination case from 1973, when the Justice Department sued Trump and his father for refusing to rent apartments at one of their developments to blacks. Trump said the suit was settled without an admission of guilt. The government said in the settlement that Trump and his father had "failed and neglected" to comply with the Fair Housing Act.