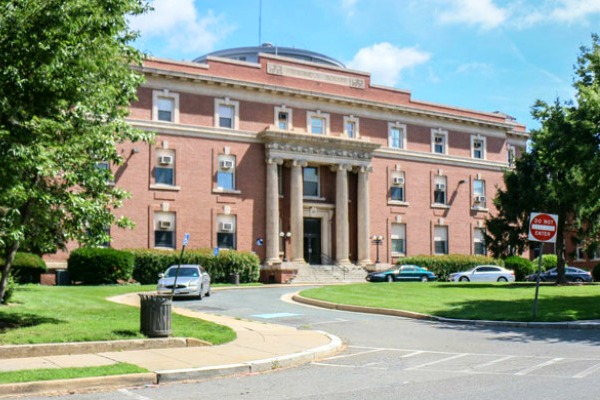 WASHINGTON -- Howard University’s School of Communications, which has produced more black journalists than any school in the nation, will be getting a new name on October 23 after receiving $4 million from a former faculty member and one of the most successful women in the media business.

The school will be named the Cathy Hughes School of Communications following a donation by the Catherine L. Hughes and Alfred C. Liggins III Foundation, which is headed by her son Alfred C. Liggins.

While Howard will receive the entire amount, it will only be able to use 5 percent of the total, about $200,000, each year for the school, which its 45th anniversary this year..

While many school officials, including President Wayne A.I. Frederick and the school’s dean, voiced excitement about the donation, a philanthropy expert and others university officials familiar with the package said the university doesn’t appear to be getting proper value for naming the school after Hughes.

The university had previously named the school after John H. Johnson, founder of EBONY and Jet magazines after a promise of a $4 million, but changed the name back after Johnson family pulled out of the agreement following the patriarch’s death.

Frederick was upbeat about the gift.

“I think it’s a fantastic opportunity for the School of Communications,” he said.  “Having a significant donation of endowed funds that will contribute to academic activity and student and faculty participating in scholarly activity is a great thing.    Having Cathy Hughes, in particular, do it and be associated, I think is also tremendous.”

Gracie Lawson-Borders, dean of the School of Communications, said she is excited to have the institution named after someone who has so much success in the media industry and she said she believes the announcement is great for the school.

“There are phenomenal things that she has done, and for her name to be associated with us, that’s a very positive thing,” Lawson-Borders said.  “I think this is just part of the momentum we’re carrying on from the 45th anniversary that we’re looking forward to in the next 45 years.”

Hughes was a lecturer at Howard University and in 1973 was appointed general sales manager of Howard’s radio station, WHUR 96.3 FM,.  where she increased the radio station’s annual revenues from $300,000 to more than $3.5 million and created the popular urban music format the “Quiet Storm.”  She left Howard in 1978 and began building a radio empire ultimately called Radio One.  In 2004, she launched TV One in January 2004, a cable television channel targeted at the African-American community.

Hughes has served as the chairperson of the board and secretary of Radio One since 1980 and was the chief executive officer of Radio One from 1980 to 1997.  Radio One currently is the largest black-owned broadcasting company in the country.

Hughes was not available for comment on the donation.

Dan Parks, managing editor of the Chronicle of Philanthropy, a publication that monitors and reports on philanthropic contributions, said that $4 million may be too low of an agreement to change the school’s name.

“We don’t have any comprehensive data on what buildings typically go for in terms of naming rights,” Parks said, “however, based on what I have seen, $4 million does not sound like a lot of money.  It’s more often in the tens of millions. It may be a pretty good deal for the donor.”

One Howard official who is familiar with the donation agreed.

“I think it’s a bad deal,” said the official, who requested anonymity.  “We’re once again giving away naming rights for a fraction of what it should be.  If you look at other naming opportunities in the academic and the business world, $4 million would not get you a school naming rights.   I think it’s a really bad deal.”

Another university official said the grant is reminiscent of the failed Johnson agreement.

The official, who also requested anonymity, said the university only received of the fraction of the $4 million that the Johnson family had pledged to the university.

"From what we were told, the school just gets interest off the money every year," the official said.  "That's not enough to build a new building.  It's barely enough to pay for the new equipment in a department.  The university has been down this road before and even back then, it was not the best deal, but the powers that be thought it was.

Lawson-Borders said the agreement was never necessarily intended to provide the money for a new building.  Instead, the money will assist the school in getting cutting-edge technology and equipment to support its academic programs.

“It’s a part of all the other things we needed,” she said.  “We need technology.  We need upgrades in equipment.  So, that was a part of it.  But this is kind of that forward movement as we keep moving forward to reach out and grab alumni and others and say, ‘This is what we need to do to keep doing what the School of Communications has done a wonderful job in and doing.’”

In all, Frederick said he believes that in the next five years the School of Communications will only continue to grow, and Hughes’ donation will help the school move forward.