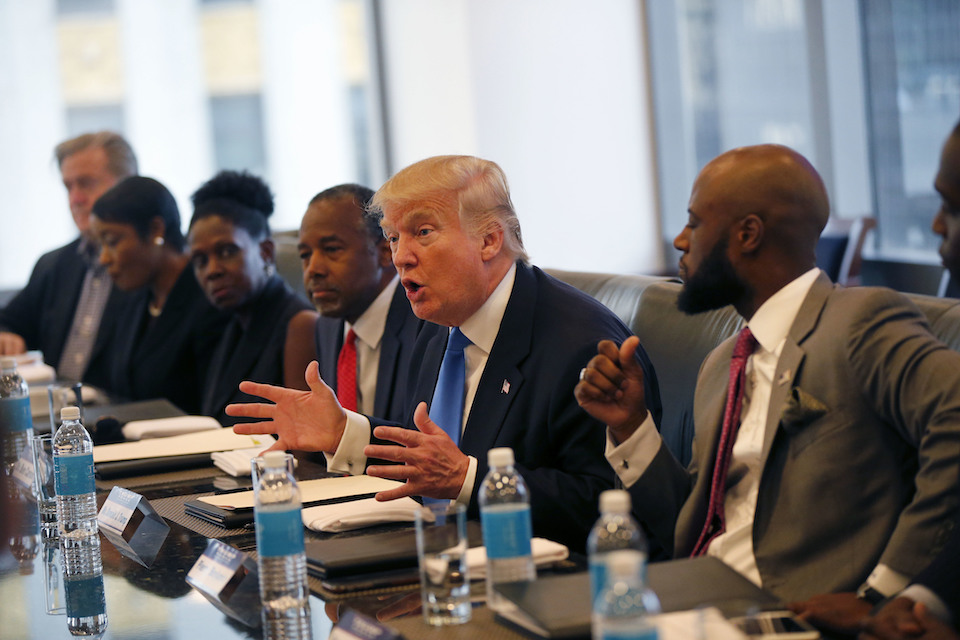 NEW YORK (AP) — Amid Donald Trump's unprecedented assertion that the general election "is going to be rigged," many Americans who are drawn to the Republican nominee's campaign have major doubts about the accuracy of the vote count.

Only about a third of Republicans say they have a great deal or quite a bit of confidence that votes in this year's election will be counted fairly, according to a new poll from the Associated Press-NORC Center for Public Affairs Research.

Half the people who have a favorable opinion of the Republican nominee say they have little to no confidence in the integrity of the vote count, the poll finds.

"Trump has finally said something that that I've been thinking for years," said Jonathan Robinson, 30, a Trump supporter from Columbia, Missouri. "I don't think the votes have been counted properly for years. There's voter fraud and attempts to game the system. I don't trust it at all."

Loyola Prof: Fears have no basis

Such fears of voter fraud are unfounded: There is no evidence it is a widespread a problem in the United States. A study conducted by a Loyola Law School professor found that out of 1 billion votes cast in all American elections between 2000 and 2014, there were only 31 known cases of impersonation fraud.

Still, among Americans overall, only 4 in 10 have a lot of confidence in votes being counted accurately, though another 3 in 10 say they're at least moderately confident.

Half of Republicans lack trust in count

Some of Trump's supporters said they were taking their cue from the candidate. In August he made the extraordinary claim — one he did not back up with any evidence — that the election will be fixed. That assertion threatens the American tradition of peacefully contested elections and the essence of a fair democratic process.

Trump has continued to make the charge at other rallies. In Michigan on Friday, for example, Trump urged supporters to vote and then go to a different polling place with friends and make sure "it's on the up and up." He said voter fraud is "a big, big problem in this country" but "nobody has the guts to talk about it."

While raising such unsubstantiated concerns about the fairness of the election, Trump said in Monday's first general election debate he would abide by its result. Though he initially dodged moderator Lester Holt's question about accepting the outcome, Trump eventually said of Clinton, "If she wins I will absolutely support her."

The poll also found that nearly 8 in 10 Americans say they favor requiring voters to provide photo identification in order to vote, while just 1 in 10 are opposed.

"Any objection to having to show voter ID is just wrong," said Etan Markowitz, 76, a Democrat from Culver City, California, who is crossing party lines to vote for Trump. "I think there is voter fraud: people voting more than once, and early voting and absentee ballots give too many opportunities for fraud. We need extensive reform."

Democrats worry that strict voter ID laws could lead to the disenfranchisement of poor, often minority voters who don't have ID.

While most Americans feel that new technologies have made vote counting more accurate overall, many have at least some concern about hackers interfering with the election.

The top Democrats on the House and Senate Intelligence Committees say they've concluded Russian intelligence agencies were trying to influence the U.S. presidential election. On Friday, a Homeland Security Department official told the AP that hackers have targeted the voter registration systems of more than 20 states in recent months. The official was not authorized to discuss the matter publicly and requested anonymity.

Julio Carmona, a 31-year-old Clinton supporter from Bridgeport, Connecticut, asked: "If these people can go into the DNC and hack, who is to say that that can't get there and sway the vote to Trump? What if the Russians really can do something like that?"