Clinton and Trump Work on Foreign Policy Ahead of Debate 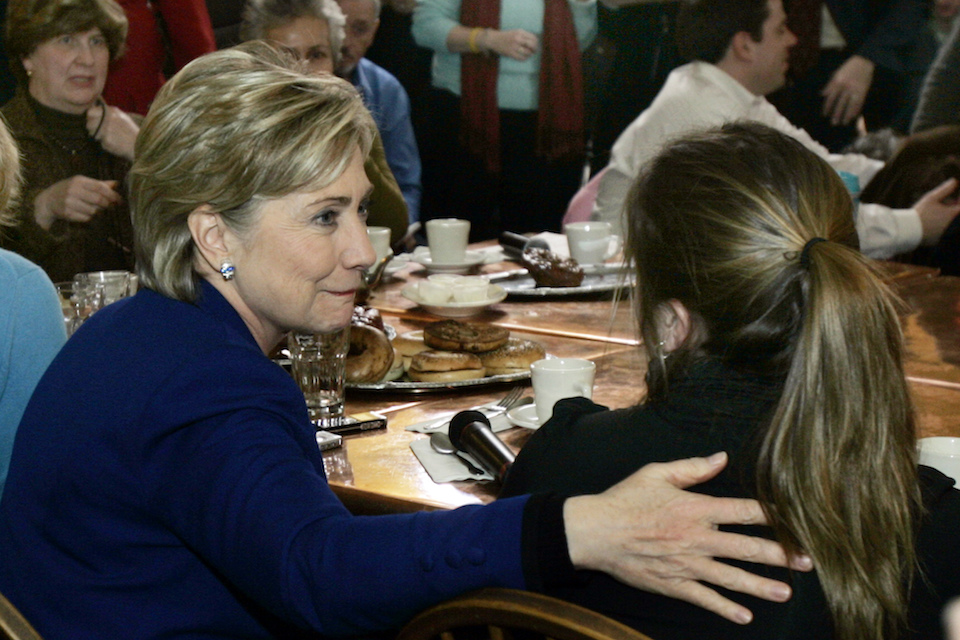 Clinton met Sunday evening with Netanyahu for less than an hour in Manhattan, according to Clinton campaign officials. Her meeting came after Trump sat down with the prime minister at his residence in Trump Tower in the morning, Israeli and Trump campaign officials said.

Reporters were barred from covering either meeting.

Clintons' campaign said in a statement that the two had an "in-depth conversation." She stressed that "a strong and secure Israel is vital to the United States" and "reaffirmed unwavering commitment" to the relationship.

According to her campaign, Clinton stressed her support for the 10-year, $38 billion military aid package signed between the two countries earlier the month and opposition to efforts to boycott Israel. They also discussed Iran, the conflict in Syria and other regional challenges, including her support for a two-state solution to the Israel-Palestinian conflict negotiated by the two parties — not an outside organization like the U.N. Security Council.

Trump and Netanyahu discussed "at length" Israel's use of a fence to help secure its borders, an example Trump frequently cites when he's talking about the wall he wants to build between the U.S. and Mexico.

"Trump recognized that Israel and its citizens have suffered far too long on the front lines of Islamic terrorism," the campaign said in a statement. "He agreed with Prime Minister Netanyahu that the Israeli people want a just and lasting peace with their neighbors, but that peace will only come when the Palestinians renounce hatred and violence and accept Israel as a Jewish State."

The meeting was designed to put Israel on good footing with the next U.S. president.

The Israeli leader has sought to project neutrality this time after perceptions arose that he favored Mitt Romney over President Barack Obama in 2012.

But it also served to showcase the candidates' expertise in foreign policy in the shadow of their first debate Monday, six weeks before Election Day. Clinton, a former senator and secretary of state, often says that Trump does not know enough about the world and lacks the temperament to be president. Trump has argued that he has extensive experience with foreign policy through his career as a business executive and blames Clinton for many of the nation's stumbles in foreign policy. 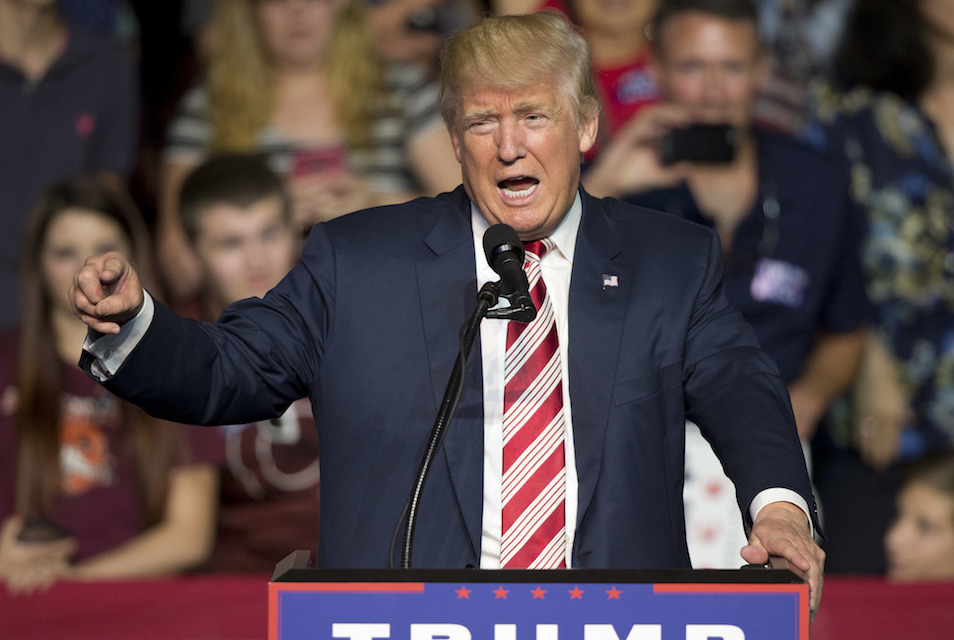 Meanwhile, the candidates deployed their top supporters to the Sunday shows to take early jabs at their opponents and lower expectations for a showdown expected to draw 75 million viewers — many of them disenchanted with both candidates, the least-popular presidential hopefuls in history.

Facts and who will determine them during the 90-minute debate seemed to be a top concern of the campaigns' strategists given Trump's habit of saying things that are untrue and the public's general distrust of Clinton.

Robby Mook, Clinton's campaign manager, told ABC's "This Week" that he is concerned Trump will continue his habit of sometimes saying things that aren't true and still get a passing grade. He called on moderator Lester Holt to correct any inaccuracies made by the candidates. But Trump's campaign manager, Kellyanne Conway, said it's not the job of debate moderators to fact check.

Trump's vice presidential running mate, Mike Pence, meanwhile, said that Gennifer Flowers will not attend the debate. Trump had tweeted that if frequent Trump critic Mark Cuban attended the showdown, he'd put Flowers, allegedly the former mistress of Clinton's husband, Bill, in the audience too. Conway said that Flowers had a right to be there if "somebody else gives her a ticket." But Pence drew a harder line.

"Gennifer Flowers will not be attending the debate tomorrow night," Pence said on "Fox News Sunday."

The candidate was focused on other matters Sunday.

Trump's campaign said that during his meeting with Netanyahu, the Republican presidential nominee promised, "extraordinary strategic, technological, military and intelligence cooperation between the two countries" if he's elected.

The press was barred from covering the meeting between Netanyahu and Trump, but Trump's campaign said in a statement that the men, who have known each other for years, discussed "many topics important to both countries," including "the special relationship between America and Israel and the unbreakable bond between the two countries."

Among those topics: the nuclear deal with Iran, the battle against Islamic State militants, military assistance provided by the U.S. to Israel and other security issues.