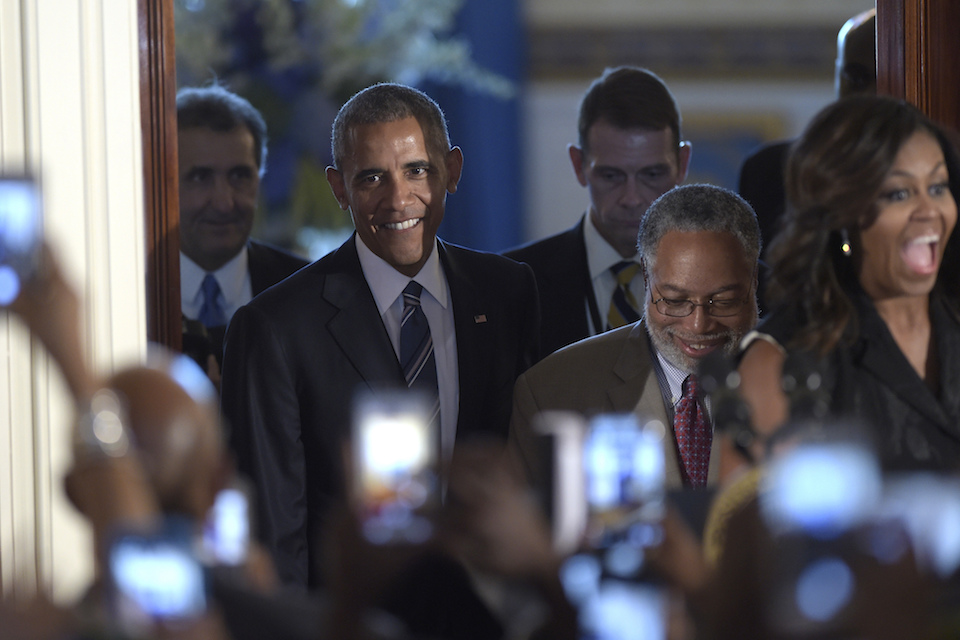 By The Skanner News
Published: 24 September 2016

WASHINGTON (AP) — Centuries of struggles and strife, decades of planning and pain, and years of hoping for a place that African-American history can call home will culminate as President Barack Obama officially opens the Smithsonian National Museum of African American History and Culture.

Obama tweeted from his presidential Twitter account Saturday morning that he was "Proud to help open @NMAAHC with so many heroes. African American history is a central part of our glorious American history."

Before formally opening the museum, Obama will ring the Freedom Bell, acquired in 1886 by the historic First Baptist Church in Williamsburg, Virginia, believed to be among the first Baptist churches organized entirely by African-Americans for African-Americans. It will be returned to the church for its 240th anniversary later this year.

A shining bronze beacon on the National Mall, only steps away from a monument dedicated to a slaveholder president, the new Smithsonian chronicles the complex relationship between the United States and a people it once enslaved, and tell the story of those who worked to make the necessary changes to bring the country to where it is today.

Thousands gathered on the National Mall on Saturday morning to watch Obama, the nation's first black president, cut the ribbon to open the museum. People are flying in from around the country to be some of the first people inside, if they were lucky enough to get the much-coveted opening day tickets.

"It's like walking across the desert and finally getting to a fountain of water to quench your thirst. It's absolutely breathtaking for me," said Verna Eggleston, 61, of New York City, who will tour the museum later Saturday. 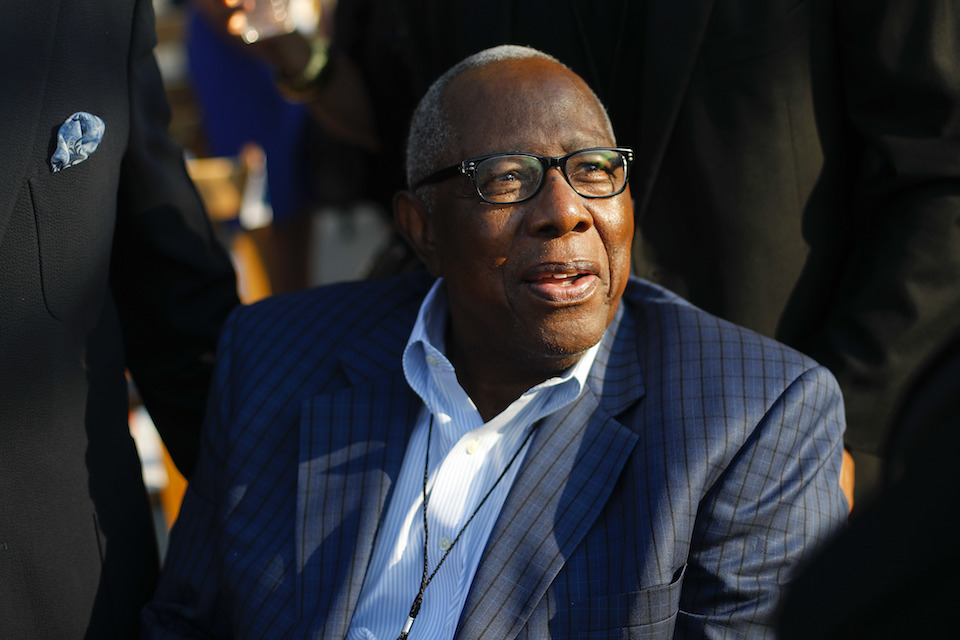 Ground was broken for the new museum in 2012 on a five-acre tract near the Washington Monument after a decades-long push for an African-American museum on the National Mall. Congressman John Lewis of Georgia, a longtime civil rights icon, worked with then-Sen. Sam Brownback of Kansas to usher legislation through Congress, and President George W. Bush signed into law the bill that allowed the museum to move forward.

The new museum "symbolizes all of the contributions, the culture and the crisis of black America," said Rev. Howard-John Wesley, pastor of Alfred Street Baptist Church in Alexandria, Virginia, whose members donated $1 million to the museum. "It's a beautiful thing, especially in this day and time when we're fighting to remind ourselves how important black lives are."

Construction was completed earlier this year on the 400,000-square-foot museum designed by British-Ghanaian architect David Adjaye. The museum strikes a unique shape on the Mall with its three-tiered bronze exterior panels inspired by an African wooden column. The patterned bronze colored tiles are inspired by 19th century ironwork created by slaves in the South, and allow sunlight into the museum through patterned openings.

Inside, museum officials say they have nearly 3,000 items occupying 85,000 square feet of exhibition space including exhibits like a Tuskegee Airmen training plane and the casket of Emmitt Till, a murdered African-American boy whose death helped rally the civil rights movement.

"It's been 100 years in the making. So many people have dreamed about this, fought for this and wanted this to happen," said U.S. Circuit Judge Robert L. Wilkins, who wrote the book "Long Road to Hard Truth" about the struggle to get the museum open. "It's going to be a testament to their work and a testament to so many of our ancestors that this museum will open on the Mall."

Millions of donors, both known and unknown, helped fund the museum. But some of the biggest donors' names adorn the walls inside, including the Oprah Winfrey Theater; the Michael Jordan Hall: Game Changers; and the newest named addition, Robert F. Smith Explore Your Family History Center. It is named after the CEO of investment firm Vista Equity Partners after a $20 million gift announced Monday.

"I am overwhelmed. I'm humbled," said Deborah Elam, president of the GE Foundation and chief diversity officer of General Electric, as she waited for the museum's opening. GE donated $5 million toward the construction of the museum. "I'm so proud our company contributed early because we believed in this project."

People flew into the nation's capital from around the country to attend the opening of the museum, with security lines lasting for more than an hour for some people trying to the dedication ceremony.

"Hopefully this grand occasion allows the rest of the nation to come out and see a building that's not just for African-Americans, it's for all of America," said Master Sgt. Donald Sparks of Houston, who just finished a yearlong deployment in Iraq. "I'm just elated and can't express how much joy and gratitude I have to be here today and witness history."