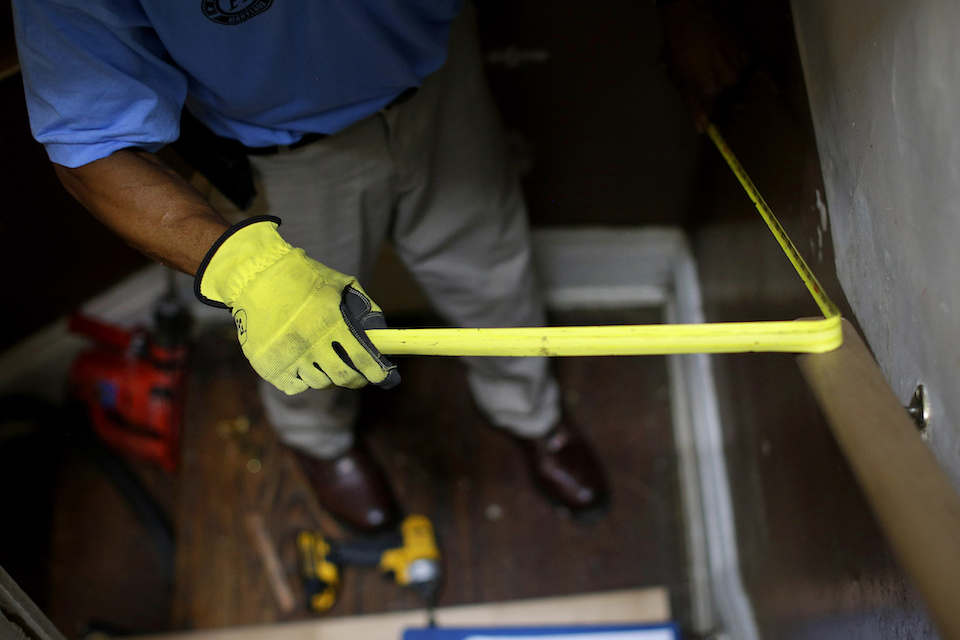 WASHINGTON (AP) — Where you live plays a big role in staying independent as you age. Now researchers say an innovative program that combined home fix-ups and visits from occupational therapists and nurses improved low-income seniors' ability to care for themselves in their own homes.

Surveys show most older adults want to live at home for as long as possible. Yet chronic diseases and their resulting disabilities — problems walking, bathing, dressing, cooking — can make that difficult in homes with steep stairs, doorways too narrow for walkers, and other obstacles.

And seniors who have trouble with those so-called activities of daily living are costly for Medicare and Medicaid, too often ending up in hospitals or nursing homes because they couldn't care for themselves at home, or had a bad fall while trying.

Szanton's team aims to help those seniors maintain their independence through CAPABLE — it stands for Community Aging in Place, Advancing Better Living for Elders — a program testing modest home modifications and strategies for daily living.

The fixes sound simple. A double banister let people rest their weight on both sides to get up and down stairs safely. Handymen fixed trip hazards, installed grab bars and lowered shelves so seniors could reach without climbing.

Occupational therapists bought assistive devices to help people with tremors feed themselves, and taught the frail how to get in and out of high-sided tubs.

Even simple fixes can be life-changing, like the reaching gadget therapists gave Bertha Brickhouse to help tug on her socks and shoes."You just don't want to ask someone, 'Can you come to my house and help me put my boots on?'" said Brickhouse, 69, of Baltimore, who has diabetes, high blood pressure and cholesterol, and uses a cane for damaged knees.

"It was like I was born all over again from their help, the things they did to make my life much easier."

In a demonstration project funded by the federal Center for Medicare and Medicaid Innovation, the Hopkins researchers provided 234 Baltimore residents with 10 home visits by handymen, occupational therapists and nurses.

Interventions were tailored to each senior's priorities: Did they want to bathe without help? Cook? Be able to climb the stairs, or make it out of the house to go to church or visit friends?

After completing the five-month program, three-quarters of participants improved their ability to take care of themselves — on average, able to perform two more tasks of daily living on their own compared to before receiving the care, Szanton reported Wednesday.

Two-thirds of participants also were better able to perform related tasks such as grocery shopping, and half experienced fewer symptoms of depression.

The aid cost about $2,825 per participant, including the home repair, home visits from health professionals, and assistive devices.Szanton's team still is calculating if that translates into cost savings for Medicare or Medicaid.

Separately, a more rigorous study funded by the National Institutes of Health is under way with an additional 300 Baltimore residents, to prove if the interventions really work.

Michigan has opened its own pilot project, testing a version of CAPABLE with more seriously disabled seniors who are eligible for a nursing home but don't want to move, said Sandra Spoelstra, an associate nursing dean at Grand Valley State University who is leading the study with state Medicaid officials.

"It's a different way of talking to people and listening to what they desire to make their life better," Spoelstra said.