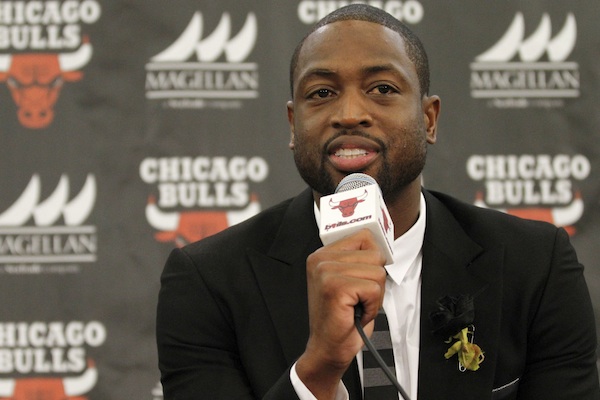 CHICAGO (AP) — A family spokesman says a cousin of Chicago Bulls star Dwyane Wade has been fatally shot while pushing a baby in a stroller on the city's South Side.

Basketball star Wade posted on Twitter: "My cousin was killed today in Chicago. Another act of senseless gun violence. 4 kids lost their mom for NO REASON. Unreal."

Chicago police say Aldridge was killed when two males walked up and fired shots at a third man Friday afternoon but shot Aldridge in her head and an arm. Police say she wasn't the intended target.

Police say one of the males who fired shots was being questioned Friday.