Grandfather: Man Killed by Police Was Just Trying to Survive 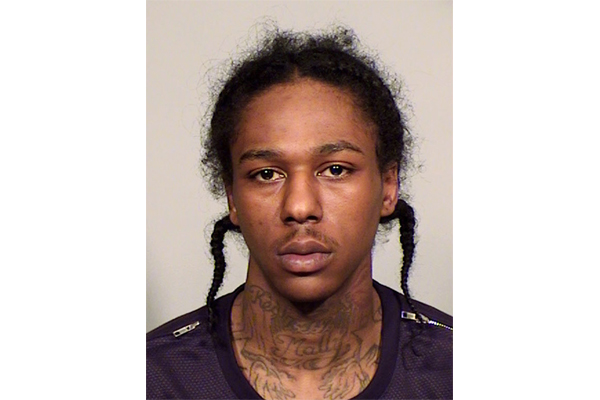 MILWAUKEE (AP) — The man killed in a police shooting that sparked two nights of violence in Milwaukee suffered from cognitive and mental health issues, and he carried a gun because he had been shot more than once in the past, his grandfather said.

Sylville K. Smith had a lengthy criminal past, but was just trying to survive in the inner city, William Brookins told The Associated Press.

"In this city, there's a lot of killings going on in the street," said Brookins, who detailed Smith's problems in a letter to a judge last year seeking mercy for his grandson. "He was afraid for his life. He was concerned about his safety and surviving."

Smith, 23, was shot and killed Saturday after a brief foot chase that followed a traffic stop. Police say Smith was fleeing, and officials have said the officer's body camera shows him being shot after he turned toward the officer with a gun in his hand.

The officer, who has not been identified, is black, as was Smith. A few hours after the shooting, violence erupted on the city's largely black north side, with protesters hurling rocks at police and burning six businesses. A lighter night of protests followed Sunday. Monday was calm, though 10 people were arrested. There were no reports of protesters gathering on Tuesday night.

Smith had several run-ins with the law dating to 2013, including speeding, driving without insurance, driving with a suspended license and having open alcohol in a vehicle.

In 2013, he was charged with felony retail theft for allegedly stealing $1,600 worth of DVDs from a Milwaukee Wal-Mart. According to a criminal complaint, Smith and another man were seen removing fans from their boxes and putting the DVDs in the boxes. Prosecutors later dismissed the charge.

A year later, he was charged with carrying a concealed weapon without a permit, a misdemeanor. According to court documents, two officers on bike patrol approached Smith and his friends after smelling marijuana in their vehicle and found a loaded .45-caliber pistol under Smith's shirt. Smith pleaded guilty and was sentenced to one day in jail.

In early 2015, Smith was charged with reckless endangerment, a felony. Investigators alleged he opened fire on a man in retaliation for the man's role in a fight between some girls weeks earlier. According to a complaint, Smith and the man got into a car chase before the man finally stopped and ran on foot. Smith chased after the man and shot at him. He eluded Smith by hiding behind a house, according to the complaint.

As that case was pending, Smith was charged with felony intimidation of a witness — the man he was accused of shooting at. Prosecutors said he had his girlfriend call the man and pressure him to recant. The man did, according to prosecutors, who dropped both cases that year.

Brookins said his grandson's criminal record was "nothing in comparison to other people." He said Smith had never been convicted of a felony.

He described Smith as a good kid with a "beautiful personality."

Smith was known for his hip-hop dance moves and trained in gymnastics when he was in middle school, Brookins said.

He also suffered from mental health issues, Brookins said. He declined to go into detail, saying only that Smith had problems with "comprehension and understanding" and spent time in special classes in elementary and middle school. In a letter to the judge in the reckless endangerment case, Brookins wrote that Smith was receiving Social Security payments because of his mental health problems.

Smith had been shot on more than one occasion, Brookins said. The last time was "a few years ago" when he was hit six times in front of his mother's house. His grandfather did not have any information on what precipitated the shooting but said Smith still carried bullet fragments in his body.

Smith started carrying a gun after that incident.

"That really had a great effect on him and his fear of being hurt and the need to protect himself from people trying to do him harm," Brookins said.

Milwaukee police could not immediately confirm Brookins' account. A spokesman told The Associated Press to file a records request.

Smith's mother, Mildred Haynes, told the Milwaukee Journal Sentinel that her son had recently received his concealed-carry license because he had been shot twice and robbed four times, including a robbery in which he was stripped of all his clothes. He leaves behind a 2-year-old son.

"I'm not going to say he was an angel. He was out here living his life," Smith's godmother, Katherine Mahmoud, told the newspaper.

"It's hard to grasp he's no longer here," Brookins said. "Oh, my God. This is terrible."