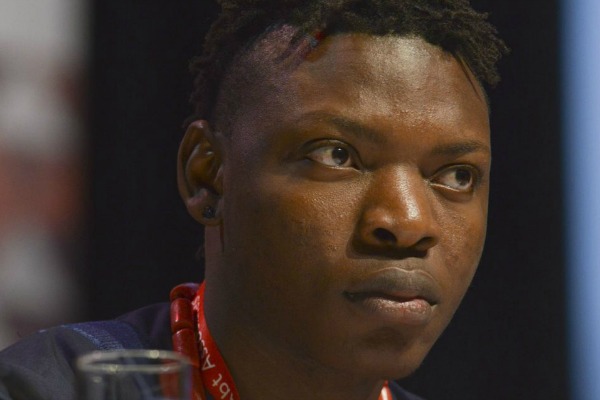 “When we say ‘Black Lives Matter,'” said Michael Ighodaro, “Where are ‘Black Gay Lives’ in that?” A young, gay Nigerian refugee living with HIV in New York City, Ighodaro posed this question during a talk leading up to the International AIDS Conference (AIDS 2016).

Now a program and policy assistant for AVAC, Ighodaro is far from alone in using the “hashtag that became a movement” as a lens to view his own community, and to push boundaries in advocacy.

From Baton Rouge, La., in the United States to Durban, South Africa, Black Lives Matter has become shorthand for a networked, intersectional movement for civil rights and racial justice, and has inspired activists in a wide range of sectors.

As the movement approached its third anniversary in mid-July, still reeling from the murders of Alton Sterling in Louisiana and Philando Castile in Minnesota, it also experienced a surge of international solidarity, inspiring marches for Black lives in at least five countries outside the US, including here in South Africa.

Keletso Makofane, a Johannesburg-based senior program associate and researcher at the Global Forum on MSM and HIV (MSMGF), has observed movements on the continent like Rhodes Must Fall, which critiques the colonial influence in South African education, adopt an intersectional approach to organizing that he sees as being rooted in the U.S.

“We must have some way of talking with these movements seriously,” Makofane said, following a panel discussion at MSMGF’s AIDS 2016 pre-conference, where he asked attendees to reflect on the relationship of the global MSM community’s HIV response to social justice movements like Black Lives Matter. “We must be in service to these movements in terms of the information and analysis they need to speak about the issues that we’re working on.”

He also named barriers to this kind of engagement from the perspective of HIV agencies working with Black MSM. “The professionalization of this field has also tricked us into thinking there are technical [rather than structural] solutions for problems that we work on,” he explained. “We don’t explicitly have radical activism in our frameworks for change and how we imagine change … I don’t know if the Civil Rights Movement happened because there were large NGOs implementing antiracist work.”

For Kwaku Adomako, managing director of the African and Black Diaspora Global Network, addressing racial justice in HIV organizations will mean stepping out of comfort zones. In considering whether oft-cited statistics about Black MSM — such as the recent revelation that 1 in 2 Black gay men is projected to become HIV positive in his lifetime, and —reflect that the racialized nature of the epidemic is being adequately addressed, he said:

“[In HIV], there are certain ‘safe’ ways to talk about Black people.Young Black MSM, because of the high rates and the high prevalence and the high vulnerabilities, are an easy group to talk about, but not really in the context of how [being Black] impacts those rates.” Adomako sees promise in what he calls Black Lives Matter’s “determinants-of-health approach to community activism,” and believes this influence is already subtly changing the way race is addressed in the context of HIV among MSM.

For Ighodaro, these statistics are rooted in the stories and on-the-ground experiences of him and his friends. His reference to Black Lives Matter points to the structural factors that the movement brings to light—such as economic vulnerability, violence, and homophobia—which persist largely unaddressed in the response to HIV among Black gay men.

To move toward tackling these factors, Adomako cites the importance of holding global HIV advocacy networks accountable to a racial justice approach—and acknowledging Black people as a key population in the global HIV response

Olivia Ford has been engaged with HIV-related media since 2007. She currently works as a freelance editor and writer, and is based in New Orleans, LA.