IS Group Claims Nice Attacker as a 'Soldier' 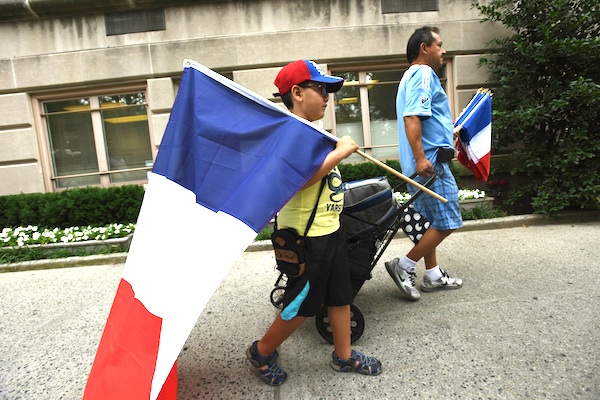 NICE, France (AP) — The Islamic State group on Saturday claimed the Tunisian man who barreled his truck into a crowd in the French resort city of Nice was a "soldier" of the group, the first claim of responsibility for an attack that has claimed 84 lives and wounded more than 200 people.

The claim — circulated on social media by a news outlet affiliated with the group — didn't name Mohamed Lahouaiej Bouhlel, the 31-year-old Tunisian who authorities say was behind the wheel as his truck crashed into a crowd of revelers at a fireworks display on Thursday. But the statement quoting a security member of the group said the man was following calls from IS to target nationals of countries fighting it.

The nature and scope of Bouhlel's relationship with IS hasn't been established. It's also unclear whether or not he was acting alone. The Paris prosecutor's office said Saturday that five people are in custody following the attack.

The identities of most of those brought into custody were not clear. But neighbors in the Nice neighborhood where the Bouhlel used to live told The Associated his estranged wife had been taken away by police on Friday.

The claim of responsibility came as French security chiefs met in Paris as Nice's seaside boulevard partially reopened to traffic. An Associated Press reporter at the site of the massacre, Nice's famous Promenade des Anglais, said the boulevard was slowly coming back to life. A maskeshift memorial of bouquets, candles and messages had been set up near one end of the expansive avenue.

France is observing three days of national mourning in homage to the victims.