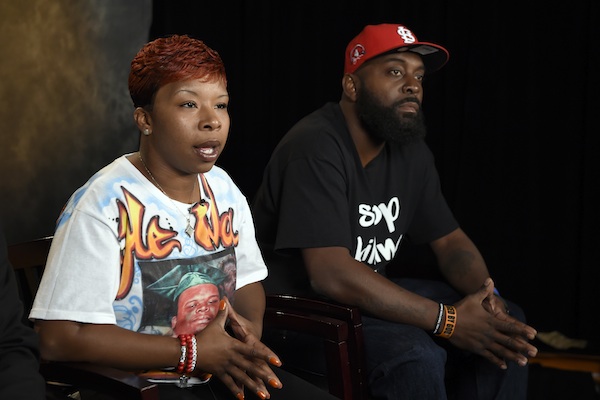 KANSAS CITY, Mo. (AP) — The city of Ferguson and other defendants in a wrongful-death lawsuit by Michael Brown's parents are seeking access to any juvenile records of the black 18-year-old who was fatally shot by a white police officer in 2014 — a request once rejected by a judge after a newspaper and blog sought such documents.

The motion, filed this month, seeks St. Louis County family court records concerning outcomes of any Brown-related juvenile cases "or records of any alleged delinquent acts committed by or pertaining to" him. The motion argues that any such information "is reasonably calculated to lead to the discovery of admissible evidence" in the lawsuit against the St. Louis suburb, former Police Chief Thomas Jackson and Ferguson officer Darren Wilson, who shot and killed the unarmed Brown during an August 2014 confrontation.

Attorney argues Brown's parents have no right to stop publication

Brown's parents "have no standing to assert any privilege with respect to the requested information," and at the time of Brown's death "the interest in safeguarding the confidentiality of any juvenile court records became less compelling," according to the motion, scheduled for a hearing Thursday. The filing, first reported by the St. Louis Post-Dispatch, claims a "legitimate interest" in the records without elaborating.

Peter Dunne, the attorney who filed the motion, did not reply Friday to requests for an interview.

Family attorney argues Brown's past has no relevance

Anthony Gray, an attorney for Brown's family, said that even if Brown had a brush with the juvenile court system — including for such low-level offenses as truancy — those details are irrelevant to whether his death resulted from excessive force.

"This is just a smear tactic, a smear campaign," Gray told The Associated Press. Wilson's "decision to use deadly force has to be predicated on what he knew at the time (of his confrontation with Brown) and the circumstances he was facing," not anything about his past.

"It is my full anticipation (searchers of Brown's juvenile past) will find nothing of any significance or relevance," Gray added. "If there is something there that would go to

Michael Brown's propensity as to what happened (during his encounter with Wilson), we would have known that by now."

Police have said Brown had no adult criminal record. Juvenile records are confidential in Missouri, although being charged with certain violent crimes removes those privacy protections.

In September 2014, a month after Brown's death, another St. Louis County family court judge denied without offering an explanation a request by the Post-Dispatch and California blog GotNews.com to release any Brown juvenile records.

Brown: faced no charges and had no serious felony record when he died

At a hearing, a juvenile court system lawyer said Brown did not face any juvenile charges at the time he died and never was convicted of a serious felony such as murder, robbery or burglary. It's unclear whether Brown had ever faced lesser offenses as a juvenile.

A St. Louis County grand jury's November 2014 decision to not indict Wilson rekindled sometimes-violent protests that immediately followed Brown's death. Wilson later resigned. The U.S. Justice Department ultimately concluded that evidence backed Wilson's claim that he shot Brown in self-defense after Brown first tried to grab the officer's gun during a struggle through the window of Wilson's police vehicle, then came toward him threateningly after briefly running away.

The latest motion over juvenile records came after a federal judge ordered that both sides in the lawsuit be given unredacted transcripts of the grand jury proceedings involving Wilson, marking the first time anyone outside of the secret proceedings will see its uncensored workings.

The family's lawsuit is scheduled for trial next May.