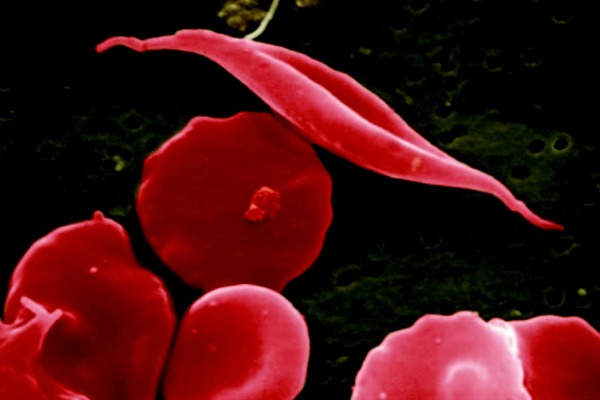 June 19, 2016 marks World Sickle Cell Day. In a desire to help create a greater awareness of sickle cell disease (SCD) and increase their efforts to find a cure, Pfizer invited members of the Black Press to meet and discuss with key members of their rare disease medical and management staff the state of (SCD) and their search for a cure.

It is estimated that sickle cell disease (SCD) affects approximately 100,000 Americans and 1 out of 365 Blacks in the United States, according to the Centers for Disease Control and Prevention. About 1 in 13 Blacks are born with sickle cell trait (SCT).

There are more than 100,000 people in the U.S. living with sickle cell disease, and many of them experience multiple vaso-occlusive crises each year. These painful crises result in more than 75,000 hospitalizations per year in the U.S., with an average hospital stay of approximately six days.

Niesha Foster, the senior director and corporate affairs lead for Pfizer’s inflammation, immunology and rare disease unit, introduced the participants who shared why they’ve been so devoted to creating greater awareness about (SCD), and the opportunities available to assist those that struggle with this debilitating disease.

Sonja Banks, the CEO of the Sickle Cell Disease Association of America, Inc. (SCDAA) shared how alarmed she was to learn in 2010 that “in a hundred years of discovering the sickle cell disease, only one FDA drug had been approved and it wasn’t even for sickle cell. It was just as heart wrenching then, as it is now, to know that our people are still going to hospitals as their medical home. Why don’t we have a cure?”

Pfizer’s Chief Medical Officer Dr. Freda Lewis-Hall recalled the joy she initially felt interning at Howard University Hospital after graduating from medical school, but when she attempted to ease the pain of a toddler living with sickle cell, that joy was replaced with an overwhelming sense of futility.

“I heard an unbelievable piercing sound from a toddler in a sickle cell crisis,” said Lewis-Hall. “I tried to hydrate her and provide some pain relief…It was at that moment that I realized how helpless I was without the tools.”

Although some of the drugs that scientists have discovered have just not been good enough or safe enough, according to Lewis-Hall and Banks, the reason why a cure hasn’t been developed is because African Americans haven’t participated enough in clinical trials.

All of the participants, including Dr. Kevin Williams, the vice president of global medical affairs in Pfizer’s rare disease unit, recognized that African Americans are reluctant and often afraid to participate in clinical trials, because of the lingering distrust of the medical field due to the Tuskegee Syphilis Study and often poor treatment received at medical facilities.

Thomas Watkins, the publisher of the Daily Challenge, said “Blacks will participate in clinical trials as long as they’re not the only ones.”

Banks said that the African American community needs to get over the stigma associated with clinical trials.

“The syphilis study wouldn’t happen again,” said Banks. “We are too much of an educated community now … and who’s going to make these drugs come to fruition? If we don’t participate we’ll never find treatment or a cure.”

“A lot of people have no idea about what it means to participate in a clinical trial,” says Dr. Lewis Hall … Some of it is re-educating about the things that have happened in our collective African American past.

“We need to be educated specifically what it really means to be in a clinical trial,” said Lewis-Hall. “Our absolute best advocates are people who have been in clinical trials.”

Marie Ojiambo, who is not only a SCD patient and Pfizer intern, but is also an advocate that works with SCDAA said that it’s easier for her to go to a SCD patient and get them to participate in a clinical trial than it is for a doctor.

Pfizer is currently in Phase 3 of their clinical trial and needs to enroll 350 participants within the next 2 years. Since they’ve already obtained some positive results from their Phase 2 trials, they hope to have a drug available in 3-5 years.

Dr. Lewis-Hall explained that it usually takes 15 years to bring a new drug to trial. “So by the time that you get to Phase 3, it would be an unusual event for a company to walk away…and if this drug doesn’t make it because of a lack of participation, it would be a crying shame.”

For more information about clinical trials log on to www.clinicaltrials.gov or www.gethealthystayhealthy.com and click on the link, “Find a Trial.”

Joan H. Allen is the host of INSIDE NEW YORK and an editor at the Daily Challenge. Check out INSIDE NEW YORK via livestream at MNN.org. Follow Joan on Twitter and Facebook for program updates, giveaways and promotional offers.