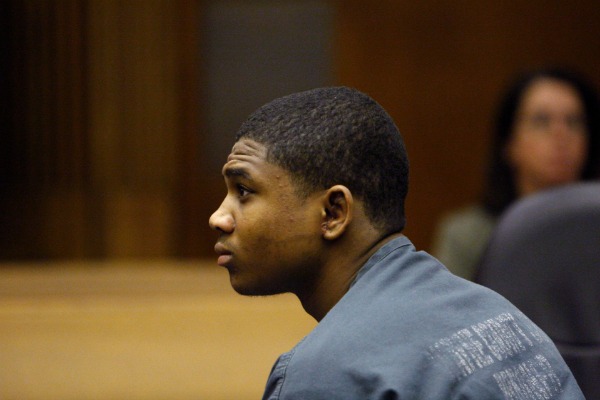 DETROIT (AP) — A judge on Tuesday threw out the murder convictions of a young Detroit man who pleaded guilty to killing four people at age 14, a case that has been in doubt for years after a professional hit man stepped forward and took responsibility for the slayings at a drug den.

Judge Brian Sullivan told The Associated Press that he acted at the request of the Wayne County prosecutor's office and lawyers for Davontae Sanford. It was a remarkable reversal by prosecutor Kym Worthy who had long resisted efforts to revisit the convictions until law schools at the University of Michigan and Northwestern University and other pro bono lawyers got involved in 2015.

Sanford, now 23, is in a prison in Michigan's Upper Peninsula, but he'll now be released on bond and all charges will eventually be dropped after the judge learns more about the conclusions by state police, an investigation that was requested last year by prosecutors.

Sanford has been in prison for the 2007 fatal shootings of four people at a Detroit house. He pleaded guilty to second-degree murder at age 15, but he's been trying to undo that plea for years, especially after hit man Vincent Smothers confessed to the so-called Runyon Street homicides.

Smothers, 35, insists Sanford had no role. Sanford's mother said the teen, blind in one eye, could barely read or write in 2007 and confessed to please police.

The agreement presented to the judge makes no mention of Smothers. Instead, it says the state police found major problems after interviewing a former high-ranking Detroit officer involved in the investigation of the four slayings.

State police learned that Detroit police drew a diagram of the murder scene — not Sanford as had been previously reported by investigators. The conflict "seriously undermines" Sanford's confession and subsequent guilty plea, the prosecutor's office said.

Smothers, meanwhile, is in prison after pleading guilty to eight other killings. He said he was regularly hired by drug dealers to kill others in the trade.