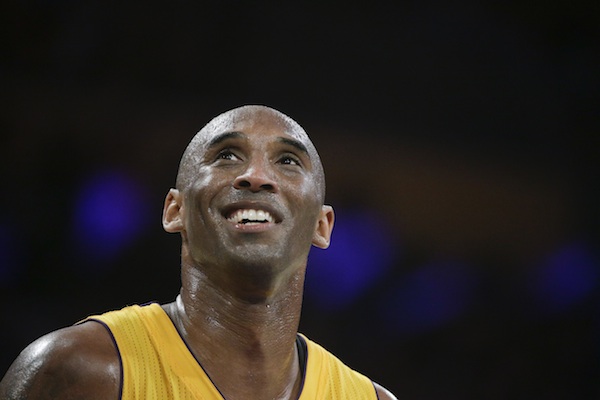 BEVERLY HILLS, California (AP) — Kobe Bryant is getting advice from Steven Spielberg, J.J. Abrams and Jerry Bruckheimer as he redirects his competitive drive from professional basketball to his publishing and production company.

One month after retiring from the NBA, the Los Angeles Lakers star has a new daily routine. "I get up early and I train and I work out. Then I go to the office," Bryant said in an interview.

He spends much of his day "kicking around ideas" with his staff of 10 full-time employees at Newport Beach, California-based Kobe Inc. — and calls up those Hollywood heavyweights for guidance.

"I mean those are like unfair advantages," Bryant said, laughing. "I can pick up the phone and speak to them and ask them questions: 'What do you think about the story? What is this missing?' And they'll nitpick every single detail and I love it."

"Even though the disciplines are different, the commitment, attention to detail is absolutely the same. So even though Steven Spielberg can start speaking in film language and I won't understand a damn thing, I understand the core, the essence of what he's saying."

Bryant said his Kobe Studios also includes seven more people who have been working on a project for the past two years, and another team of five writers starting a new project shortly.

The company is now making a three-to-five minute film based on the "Dear Basketball" poem that Bryant used to announce his retirement, led by longtime Disney animator Glen Keane and featuring music from John Williams.

On Wednesday, Bryant was focused on one of his more familiar roles — as pitchman. He attended a ribbon-cutting at a Hublot watch store in Beverly Hills, California and modeled his third signature watch with the luxury brand, the HeroVillain. Its retail price: $20,400.

The watch's name, like the April Nike ad in which he conducted a symphony of hatred from players and fans, embraces Bryant's dark side.

"You have to be true to who you are," Bryant said.