Report Finds Segregation in Education on the Rise 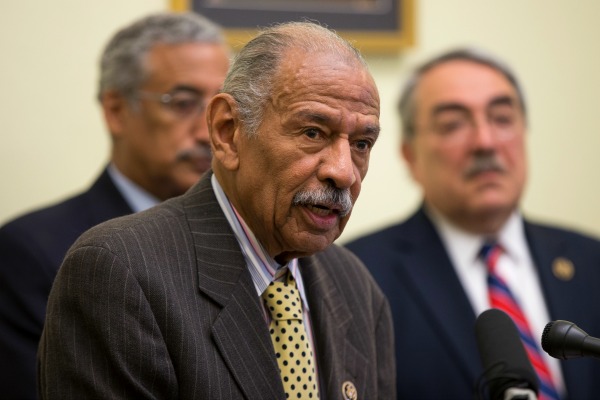 WASHINGTON (AP) — Six decades after the Supreme Court outlawed separating students by race, stubborn disparities persist in how the country educates its poor and minority children.

A report Tuesday by the nonpartisan Government Accountability Office found deepening segregation of black and Hispanic students at high-poverty K-12 public schools. These schools often offered fewer math, science and college prep classes, while having disproportionally higher rates of students who were held back in ninth grade, suspended or expelled.

"Segregation in public K-12 schools isn't getting better. It's getting worse, and getting worse quickly," Rep. Bobby Scott of Virginia said. The analysis, he said, confirmed that America's schools are largely segregated by race and class, leaving "more than 20 million students of color now attending racially and socioeconomically isolated public schools."

"This report is a national call to action," said Scott, the House education committee's top Democrat and among the lawmakers who requested the study. Its release coincided with the 62nd anniversary of the Brown v. Board of Education ruling, which declared segregated schools unconstitutional.

"While much has changed in public education in the decades following this landmark decision and subsequent legislative action, research has shown that some of the most vexing issues affecting children and their access to educational excellence and opportunity today are inextricably linked to race and poverty," the report said.

GAO studied three school districts in the South, Northeast and West. Each took steps to increase racial and economic diversity in the schools but were hampered by transportation issues and getting support from the parents and the community.

In a separate paper, the Civil Rights Project at UCLA said New York and Illinois have been "at or very near the top of the list" of states where African-American and Latino students have been most severely segregated. It found that "residential resegregation" in some parts of Maryland spilled over into the schools and that in California, the percentage of Hispanics was increasing as the overall school population declined.

"We need to create schools that build a society where the talent of all is developed and students of all races-ethnicities are prepared to understand and live successfully in a society that moves beyond separation toward mutual respect and integration," the group said.

The GAO report found that in the 2013-2014 school year, 16 percent of the nation's public schools had high concentrations of poor and black or Hispanic students, up from 9 percent at the start of the millennium. The student body at these schools were at least 75 percent black or Hispanic and poor — and in some cases 100 percent. The findings were based on an analysis of Education Department data.

These schools tended to provide fewer math courses, with calculus and seventh and eighth grade algebra seen as particularly lacking. In science, they had less biology, chemistry and physics courses than their more affluent counterparts with fewer minority students.

Less than half of the mostly poor, mostly minority schools offered AP math courses. Looking at all public schools, low-income and minority students were far less likely to enroll in these more rigorous courses.

Hispanic students at these schools tended to be "triple segregated by race, income and language," according to specialists and educators who were interviewed by the GAO.

Education Secretary John B. King, Jr., said one big reason for the disparities is money.

Inequitable resource distributions "are shaping inequitable opportunities for students," King said after the report was released. He said President Barack Obama has asked for more education dollars, including money for grant programs to support districts with community-developed plans that increase socio-economic diversity in schools.

Nancy Zirkin, executive vice president and director of policy at The Leadership Conference on Civil and Human Rights said, "We must focus on fixing resource disparities that have plagued students of color and low-income students for generations."

—In the 2013-14 school year, Hispanic students were the largest minority group in schools — 25 percent Hispanic students, compared to 16 percent black students. Both groups have poverty rates two to three times higher than the rates of white students.

The report recommends that the Education Department more routinely analyze its civil rights data to identify disparities that need to be addressed. At the Justice Department, the GAO auditors suggested more monitoring of open federal desegregation court cases.