Who Lies? Scientists Say We All Do—Politicians Too 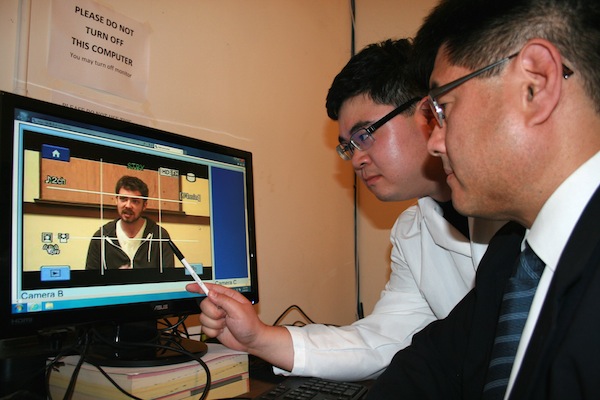 WASHINGTON (AP) — This is the season of lies.

We watch with fascination as candidates for the world's most powerful job trade falsehoods and allegations of dishonesty.

News organizations such as The Associated Press and PolitiFact dedicate enormous resources to separating candidates' truthful wheat from their dishonest chaff.

But if we've come to expect office-seekers who seem truth-averse, many of us have given little thought to our own fibs, and how they compare with politicians' deceits.

For more than two decades, researchers of different stripes have examined humanity's less-than-truthful underbelly, and this is what they have found: We all stretch the truth. We learned to deceive as toddlers. We rationalize our fabrications that benefit us. We tell little white lies daily that make others feel good.

"I feel more worried about lying in public life (specifically by politicians, and in particular, Trump) than I ever have before," psychology researcher Bella DePaulo at the University of California, Santa Barbara, said in an email. When lies succeed, they make it "more tempting to lie. Lies can stick. They can have a lingering effect, even if they are debunked. "

Children learn to lie at an average of about 3 years old, often when they realize that other people don't know what they are thinking, said Kang Lee, a professor at the University of Toronto.

He has done extensive research on children and lying. Lee set up an experiment in a video monitored room to see if he could catch children lying about peaking at a toy when an adult left the room.

In 1996, DePaulo, author of "The Hows and Whys of Lies," put recorders on students for a week and found they lied, on average, in every third conversation of 10 minutes or more. For adults, it was once every five conversations.

Experts split on whether to count white lies, the social lubrication that makes civilized operate. When your spouse tells you that you don't look fat in that outfit when you do, does it really do any harm?

Regardless, society rewards people for white lies, said Robert Feldman at the University of Massachusetts. "We don't like people who tell us the truth all the time."

He added, "The lies that we accept from politicians right now are lies that are seen as acceptable because it's what we want to hear," like a spouse saying that an outfit flatters you.

Or perhaps we feel that lying is necessary.

"The reason that people want their politicians to lie them is that people care about politics," said Dan Ariely, a professor of psychology and behavioral economics at Duke University. "You understand that Washington is a dirty place and that lying is actually very helpful to get your policies implemented."

When people deceive beyond white lies, they spend a lot of effort justifying and rationalizing what they are doing.

His March 2016 study examined honesty in a dice game in 23 different countries (but not the United States) and then compared them to a corruption index for those countries. The more corrupt a society was, the more likely the people there were willing to deceive in the simple dice game.

Most people want to be honest, but if they live in a country where rule violations are rampant "people say, 'well everybody cheats. If I cheat here, then that's OK'," Gaechter said.

But there's a high cost in everyday society — a loss of trust that is difficult to regain — when someone is discovered to be lying, Lee said. There are also costs to the liar, he said, noting studies that measure the effect of deception on the body and brain and how much energy it takes to create and maintain a lie.

"When you tell lies it costs your brain a heckuva lot more resources than when you tell the truth," Lee said.