Report: Chicago Police Have 'No Regard' for Minority Lives 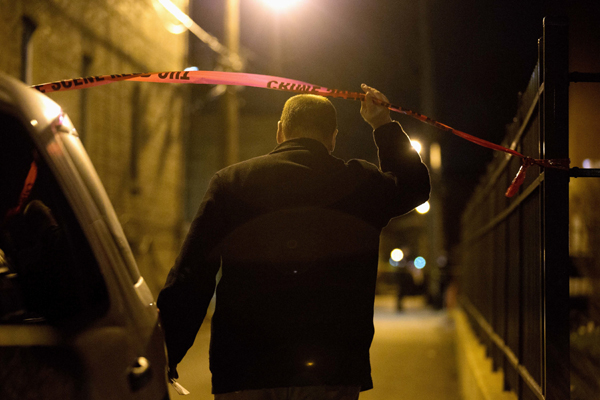 CHICAGO (AP) — Police in Chicago have "no regard for the sanctity of life when it comes to people of color" and have alienated blacks and Hispanics for decades by using excessive force and honoring a code of silence, a task force declared Wednesday in a report that seeks sweeping changes to the nation's third-largest police force.

The panel, established by Mayor Rahm Emanuel late last year in response to an outcry over police shootings, found that little is done to weed out problem officers and routine encounters unnecessarily turn deadly.

The group concluded that minorities' lack of trust and fear are justified, citing data that show 74 percent of the hundreds of people shot by officers in recent years were African-Americans, even though blacks account for 33 percent of the city's population.

The task force pointed to a painful history spanning generations, including the 1969 killing of Black Panther Fred Hampton, allegations of torture from the 1970s to the 1990s under former commander Jon Burge and stop-and-frisk in the 2000s.

"It raises consciousness. It shines a light into the darkness," activist Greg Livingston said of the report.

The city's new police chief said the department was "absolutely committed" to acting on the task force recommendations and the results of a wide-ranging civil rights investigation by the U.S. Justice Department. Eddie Johnson, an African-American with 27 years on the force, was Emanuel's hand-picked choice to take the top police job. The City Council confirmed the appointment Wednesday in a 50-0 vote.

The task force report was released just as public anger boiled over again at the fatal shooting on Monday of a black 16-year-old. Police say he was armed, though his mother says he did not have a gun. Around 100 people gathered for a vigil Tuesday and some marched through streets, blocking traffic.

In a draft executive summary of the report first obtained by the Chicago Tribune, the Task Force on Police Accountability recommended replacing the "badly broken" independent review authority that currently investigates misconduct with a "new and fully transparent and accountable Civilian Police Investigative Agency." It also suggested creating the post of deputy chief of diversity and inclusion.

The task force also called out the city and the police unions, saying that the collective bargaining agreements between the city and the unions have "essentially turned the code of silence into official policy."

The "code" refers to the reflex of some officers not to report colleagues for misconduct.

Officers, for example, can wait 24 hours before providing a statement after a shooting, given them enough time to get their stories straight with fellow officers. And not only are anonymous complaints prohibited, the task force found that accused officers must be given the names of people who filed complaints.

Among other problems: Some of those in charge of training are teaching while they themselves are under investigation for a range of alleged offenses, and there is a disturbing lack of legal counsel for those in custody. Last year, for example, only 6 out of every 1,000 people arrested had an attorney at any point while in police custody.

Emanuel announced the creation of the task force at the same time he fired police Superintendent Garry McCarthy in the wake of public protests over the 2014 shooting by a white police officer of 17-year-old Laquan McDonald. A video of the shooting, released last year, contradicted police accounts that McDonald was threatening officers before he was shot.

"Reform is possible if there is a will and a commitment," according to the draft summary. That change, it said, must start with an acknowledgement of Chicago policing's "sad history."

On Wednesday, the City Council approved a change in municipal code allowing Emanuel to name Johnson the next superintendent instead of picking from a list of finalists given to him by the city's police board.

Some council members urged for Johnson to be appointed as quickly as possible because of the city's violent crime problem. They dismissed the suggestion by one alderman that changing, even temporarily, a process that has been in place for more than a half century would be a troubling and perhaps dangerous precedent.

"We don't have time to play," Alderman Walter Burnett Jr. said during Tuesday's debate. "People are dying in our wards."