Low Pay is Widening the US Income Inequality Gap 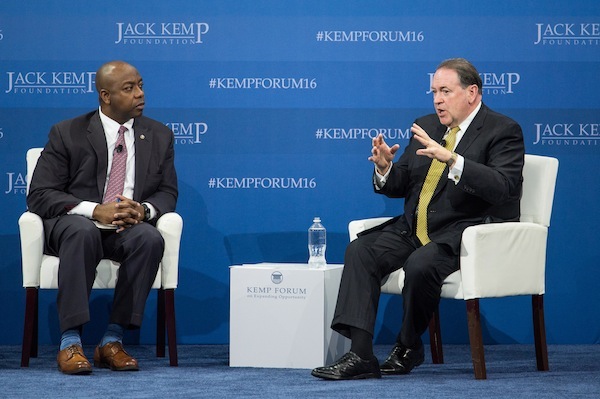 Many of the poorest households still earn just a fraction of what they made before the Great Recession began in late 2007. Even as the recovery gained momentum in 2014 with otherwise robust job growth, incomes for the bottom 20 percent slid in New York City, New Orleans, Cincinnati, Washington and St. Louis, according to an analysis of Census data released Thursday by the Brookings Institution, a Washington think tank.

"It's really about the poor losing ground rather than these upper-class households pulling away," said Alan Berube, a senior fellow at Brookings and deputy director of its metropolitan policy program.

Consider Cincinnati, home to such major companies as Procter & Gamble and Macy's that are associated with middle class prosperity. Its bottom 20 percent earned just $10,454 in 2014. After inflation, that's 3 percent less than what they earned in 2013 — and 25 percent below their incomes when the recession started eight years ago.

Cincinnati's top 5 percent of earners made at least $164,410 in 2014, a figure that has increased since 2013, though it remains 7 percent below pre-recession levels.

The consequence is a widening income gap. The top 5 percent earned 15.7 times what the bottom 20 percent did in Cincinnati. Nationally, this ratio was 9.3 — the same as in 2013. Before the recession, the ratio was 8.5.

The poorest have clawed back some of their earning power since the economy officially began to recover 6½ years ago. But the analysis suggests that strong job growth and modest pay raises have failed to pull millions of Americans back up the economic ladder.

The findings also complicate plans by presidential candidates to combat inequality because it's unclear how tweaking tax rates on the wealthy — the Democrats largely favor increases, the Republicans cuts — will boost pre-tax incomes for the poorest. Congressional Republicans have discussed increasing tax cuts for low-income workers without children as a way to address the absence of wage growth. It's a plan, President Barack Obama said in his State of the Union address Tuesday night, that "we can all support."

Brookings found that the income gap was highest in Boston, where the top 5 percent made 17.8 times what the bottom 20 percent did. But that gap appears to reflect the large population of college and graduate students in a city containing Harvard University, the Massachusetts Institute of Technology and many other leading institutions of higher education.

New Orleans, where pay for the bottom 20 percent also declined, had the second-worst ratio at 17.7. Atlanta came in third-worst at 17.5 and Cincinnati fourth.

At the other extreme, incomes for the bottom 20 percent of earners jumped in Provo, Utah, where the ratio is a low 7.8. They also improved sharply in Denver despite above-average levels of inequality in that area.

Persistent income disparity has become increasingly visible in the housing market. Brookings found that the bottom 20 percent of residents in the Washington, D.C., area — who earn just $21,230 — would need to spend nearly half their income on housing.

That analysis dovetails with findings released Thursday by the housing nonprofit Enterprise Community Partners. Its "Make Room" campaign found that 11.4 million families — about 26.4 percent of all renters — devoted at least half their income to rent and utilities, a share that has steadily increased over the past decade.

The largest jump occurred in the Jacksonville, Florida, metro area. More than 28 percent of its renters devoted half their income to housing in 2014, a share that has increased by a third over the past decade. In Los Angeles and New Orleans, nearly a third of all renters spent a majority of their income on housing.

A surge in apartment construction has done little to help address this problem because in many metro areas, a large proportion of new apartments are concentrated at higher-income levels, according to a report released in December by Harvard's Joint Center for Housing Studies.

The median rent on a newly built apartment was $1,372 a month in 2014, about $500 more than what about half of renters could afford without meeting the government's standard for being considered financially burdened.