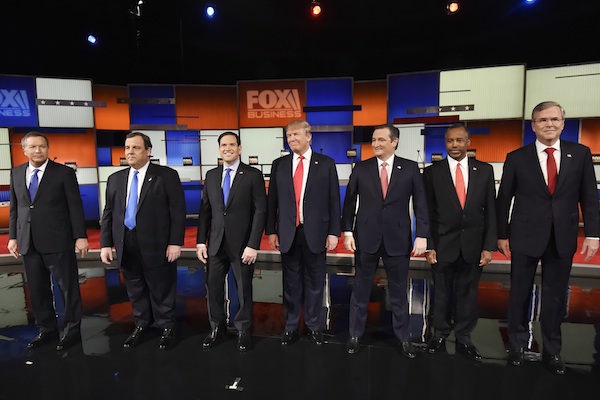 WASHINGTON (AP) — Ted Cruz stretched matters involving Iran and his own finances. Donald Trump seemed to forget he proposed a massive tax on Chinese goods. Chris Christie took a magic eraser to things he's said and Ben Carson was caught unaware of the punishing ways the Islamic State group says, Thank You for Not Smoking.
The first Republican debate of the new year brought a blizzard of dubious claims and some outright errors.
A look at some claims and how they compare with the facts: