Chicago Cops Version of Shooting Does Not Match Video 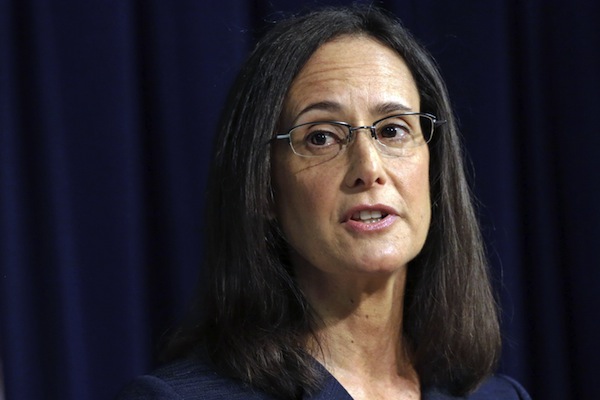 CHICAGO (AP) — Chicago police officers who watched one of their own shoot a black teenager 16 times filed reports depicting a version of events that contrasted sharply with what was captured on the dashcam footage that has sparked protests and cost the police commissioner his job.

The city released hundreds of pages of documents late Friday pertaining to the October 2014 killing of 17-year-old Laquan McDonald by a white police officer, Jason Van Dyke. He was charged with first-degree murder late last month, only hours before the department released the video under a court order and after keeping it from the public for more than a year.

The video shows McDonald veering away from officers on a four-lane street when Van Dyke opened fire from close range and continued shooting after the teen had crumpled to the ground and was barely moving.

In newly-released police reports, however, several officers, including Van Dyke, described McDonald as aggressively approaching officers while armed with a knife.

"In defense of his life, Van Dyke backpedaled and fired his handgun at McDonald, to stop the attack," one report reads. "McDonald fell to the ground but continued to move and continued to grasp the knife, refusing to let go of it."

Van Dyke told an investigator that he feared that McDonald would rush him with the knife or throw it at him. He also noted a 2012 Chicago Police Department warning about a weapon that was a knife but was capable of firing a bullet, hence making it firearm, according to the reports.

The officers' portrayal of the incident, recorded in hundreds of pages of handwritten and typed reports, prompted police supervisors to rule at the time that McDonald's death was a justifiable homicide and within the bounds of the department's use of force guidelines. It's not clear who wrote some of the police reports.

The release of the reports comes amid mounting questions about the Chicago Police Department's handling of the incident, while activists allege that police and city officials tried to cover it up. The U.S. attorney's office is investigating the issue, and a number of officials have called for a broader intervention by the U.S. Justice Department.

Chicago police spokesman Anthony Guglielmi said in a statement late Friday that the city's Independent Police Review Authority, not the Police Department, conducts all investigations of officer-involved shootings and that the agency was given the case report and videos. The authority, which did not return a message left Friday, has not released its report on the McDonald shooting.

"If the criminal investigation concludes that any officer participated in any wrongdoing, we will take swift action," Guglielmi said in an emailed statement.

City officials fought in court for months to keep the video from being released publicly, before deciding in November not to fight a judge's order.

Another contradiction that emerged with the release of the reports is whether McDonald's knife was folded when officers recovered it at the scene.

When announcing charges against Van Dyke, Alvarez said McDonald's knife was folded. But one of the police reports said the knife's "blade was in the open position."

One of the reports noted what it called McDonald's "irrational behavior," such as ignoring verbal directions and "growling" and making noises. PCP, a hallucinogenic drug, was found in McDonald's system, according to Alvarez and the medical examiner's report that was among the documents.

The release of the footage, which doesn't have sound, triggered protests and calls for public officials to resign, including Emanuel. Illinois Attorney General Lisa Madigan has called for an overall federal investigation of police department practices, which Democratic presidential candidates and local Illinois politicians have echoed. Emanuel has also since announced the expansion a body camera program and formed a task force.

Chicago authorities have not been able to explain why the footage released to the public, including from other squad cars on scene, doesn't have audio when department technologies allow for it. Acting Superintendent John Escalante said Friday that he issued a reminder to all officers to check that equipment works each time they get into police cars.
___
Sophia Tareen at https://twitter.com/sophiatareen .