Missouri Would Likely be Alone With 10 Percent Black Faculty 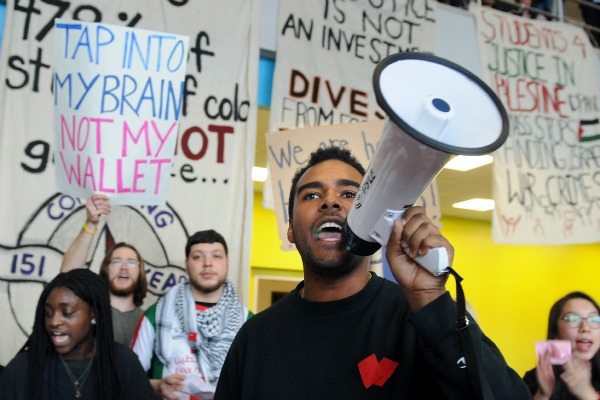 BUFFALO, N.Y. (AP) — If the University of Missouri succeeds in meeting a student demand for a faculty that's 10 percent black in two years, it will likely be alone among its peers.

No state's "flagship" public university campus had a black faculty population approaching that level, and only a handful topped even the 5 percent mark, an Associated Press analysis of 2013 federal data found.

The norm on most of the main campuses was a faculty that was between 2 percent and 4 percent black, the data showed.

Universities are well aware that staff and student bodies often don't match, administrators and experts say, and demonstrations and discussions around the country in recent days have driven home the point.

It's the difference between feeling understood and the pressure of being seen as representing a race, students and others said.

"There's a difference in the learning experience that you have when you're learning from someone you believe you can identify with more closely," said Micah Oliver, 21, president of the Black Student Association at the University at Buffalo.

Beyond that, diverse classrooms tend to be more open and innovative, said Kenneth Monteiro, president of the American Association of Blacks in Higher Education and dean of the College of Ethnic Studies at San Francisco State University.

"Basically, it's both ethically right and practically more productive and creative," he said.

Recent racist incidents, and the perceived lack of response by administrators, led to protests, a student hunger strike and a threatened boycott by the football team at the University of Missouri, where student demands now include a call for increasing the percentage of black faculty and staff to 10 percent, up from the current 3 percent, by the 2017-18 school year.

A group of former minority faculty members sent a letter Monday to President Michael Middleton supporting the students. It cited their "experience related to being racial and ethnic minorities on a predominantly white campus."

The University of Georgia had the next highest percentage of black faculty at 5.76 percent with a 7.83 percent black enrollment while the University of South Carolina-Columbia's faculty was 5.18 black compared to 10.56 percent of the students.

At no other school was the percentage of black faculty above 5 percent.

"Studies show that students normally do better if they're taught by people that can relate to them, not only economically or socially, but racially because naturally we face similar struggles, being adults, students, staff," said Deidree Golbourne, 20, an African-American studies major at Buffalo, New York's flagship university, where 2.5 percent of the faculty and 5.7 percent of the student body are black, according to the data.

Experts say the pool of candidates is traditionally small for positions that often require PhDs. UMass, the State University of New York and others have funded programs meant to boost minority numbers.

"It's very competitive to get faculty of color simply because a lot of schools want them. There are a lot of programs out there," McCarthy said.

But the problem also may be in how schools define who is qualified, said Stella Smith, president of the Black Faculty Staff Association at the University of Texas at Austin. She said it may be time "to open up the definition of what is academy worthy and also to understand that there are different ways to be exceptional, so there's not just this one route to being the best kind of faculty member."

Monteiro said universities "must first disruptively and intentionally hire a critical mass of faculty and adminstrators" of color and make diversity an explicit part of strategic plans.

"Universities remain primarily white because they continue to do business as usual as they have done since they were built as intentionally upper class white, male, elite bastions," he said. "No need for racist ogres — though they can help — only everyone doing their job within a racist system."

The disparities were less pronounced when the numbers of all non-white faculty were compared with non-white students.

The school with the largest percentage of non-white faculty at 38 percent was the University of Hawaii at Manoa, where 72 percent of the student is also non-white. Many students and faculty members are Asian.

The University of California-Berkeley was one of eight main campus public universities with a greater percentage of black faculty members than black students. But the overall percentage of non-white staff — 29 percent — at Berkeley compared to a student body that is 53 percent non-white. The school has relatively large populations of Asian and Hispanic students.

At South Dakota State University, the percentage of non-white faculty outstripped the student body, 13 percent to 9 percent because of a relatively large number of Asian faculty.

The numbers don't make for ready role models, said Beth Olivares, dean for diversity initiatives at the University of Rochester.

"At the root of it is not just encouraging but ensuring that high school students and undergraduate students are aware of that as a career path," Olivares said. "Many students are not."