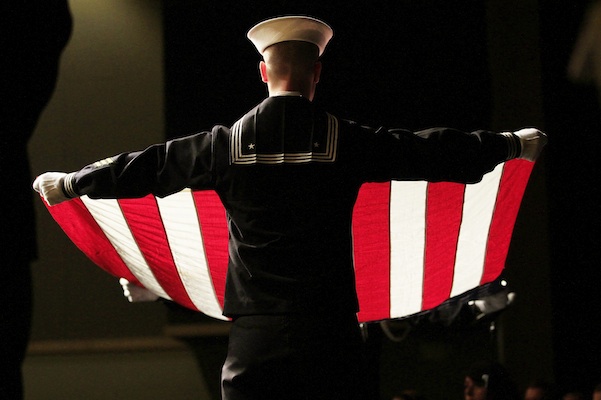 WASHINGTON (AP) — Veterans' hospitals and clinics are beefing up staff and seeing more patients, but the number of appointments not completed within 30 days continues to grow, Department of Veterans Affairs Robert McDonald said Friday.

Speaking at the National Press Club in advance of Veterans Day, McDonald described a VA that is doing much to address problems that investigators say caused chronic delays for veterans seeking care. McDonald said the VA completed 3.1 million more appointments in the latest fiscal year than the previous one. It also hired thousands of new doctors and nurses.

Still, the organization is struggling to keep up. McDonald said the number of appointments not completed in 30 days has grown from 300,000 to nearly 500,000.

McDonald said more veterans are coming to the VA despite often having access to Medicare, Medicaid or private insurance. He said the VA is more convenient, effective and cheaper. A veteran would have to pay a $5,000 co-pay to get a knee replacement through Medicare, but not at the VA. For veterans with hearing loss, going to the VA can save them about $4,000 compared to other coverage.

"Access to care has improved," McDonald said. "But here's the inevitability: Improved access means more demand."
McDonald said in the wake of the wait-time scandal, some lawmakers asked him about whether veterans should just be given vouchers so they could access health care wherever they want. He said he studied the issue.

"What I discovered was the VA is not only essential for veterans, the VA is essential for American medicine because we're on the cutting edge of so many treatments," he said.

McDonald said the VA would be holding a new event at all of its hospitals around the country on Nov. 14, where teams of clinical leaders, administrators and volunteers will be reaching out to veterans identified as having the most acute needs to ensure their health care needs are being met.