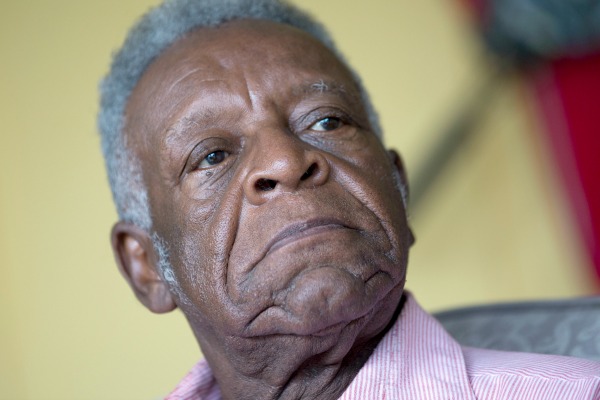 WASHINGTON (AP) — The Supreme Court signaled support Monday for a black death row inmate in Georgia who claims prosecutors improperly kept African-Americans off the jury that convicted him of killing a white woman.

Justice Stephen Breyer likened the chief prosecutor to his excuse-filled grandson. Justice Elena Kagan said the case seemed as clear a violation "as a court is ever going to see" of rules the Supreme Court laid out in 1986 to prevent racial discrimination in the selection of juries.

At least six of the nine justices indicated during arguments that black people were improperly singled out and kept off the jury that eventually sentenced defendant Timothy Tyrone Foster to death in 1987.

Foster could win a new trial if the Supreme Court rules his way. The discussion Monday also suggested that a technical issue might prevent the justices from deciding the substance of Foster's case.

Georgia Deputy Attorney General Beth Burton had little support on the court for the proposition that prosecutor Stephen Lanier advanced plausible "race-neutral" reasons that resulted in an all-white jury for Foster's trial. Foster was convicted of killing 79-year-old Queen Madge White in her home in Rome, Georgia.

Several justices noted that Lanier's reasons for excusing people from the jury changed over time, including the arrest of the cousin of one black juror. The record in the case indicates that Lanier learned of the arrest only after the jury had been seated. "That seems an out and out false statement," Justice Ruth Bader Ginsburg said.

Breyer drew an analogy with a grandson who was looking for any reason not to do his homework, none of them especially convincing.

"And so I would say my answer to my grandchild is, 'Look, you're not too tired to do your homework,'" Breyer said.

With Lanier, he said, "I think any reasonable person looking at this would say no, his reason was a purpose to discriminate."

Justice Samuel Alito, who typically sides with prosecutors in criminal cases, was bothered by Lanier's explanation that the same juror whose cousin was arrested also was not chosen because she was close in age to Foster. "She was in her 30s. He was 18 or 19," Alito dryly said.

The discussion of the juror's cousin also prompted Justice Sonia Sotomayor to say that Lanier never established whether the juror even was close to her cousin.

"I have cousins who I know have been arrested, but I have no idea where they're in jail. I hardly -- I don't know them," Sotomayor said.

Georgia courts have consistently rejected Foster's claims of discrimination, even after his lawyers obtained the prosecution's notes that revealed prosecutors' focus on the black people in the jury pool. In one example, a handwritten note headed "Definite No's" listed six people, of whom five were the remaining black prospective jurors.

The sixth person on the list was a white woman who made clear she would never impose the death penalty, Foster's lawyer, Stephen Bright said Monday. "Even she ranked behind the black jurors," Bright said.

Burton tried to persuade the justices that the notes focused on black people in the jury pool because prosecutors were preparing to defend against discrimination claims. Burton said the Supreme Court's ruling about race discrimination in jury selection was about a year old when Foster's case went to trial. The 1986 decision in Batson v. Kentucky set up a system by which trial judges could evaluate claims of discrimination and the race-neutral explanations by prosecutors.

Foster's trial lawyers did not so much contest his guilt as try to explain it as a product of a troubled childhood, drug abuse and mental illness. They also raised their objections about the exclusion of African-Americans from the jury. On that point, the judge accepted Lanier's explanations that factors other than race drove his decisions. The jury convicted Foster and sentenced him to death.

The jury issue was revived 19 years later, in 2006, when the state turned over the prosecution's notes in response to a request under Georgia's Open Records Act.

The name of each potential black juror was highlighted on four different copies of the jury list and the word "black" was circled next to the race question on questionnaires for the black prospective jurors. Three of the prospective black jurors were identified in notes as "B#1," ''B#2," and "B#3."

An investigator working for the prosecutors also ranked the black prospective jurors against each other in case if "it comes down to having to pick one of the black jurors."

Still, Georgia courts were not persuaded.

The argument featured no discussion of limiting the discretionary, or peremptory, decisions to reject potential jurors. Justice Thurgood Marshall warned in the 1986 Batson case that racial discrimination would persist until those discretionary jury strikes were eliminated.