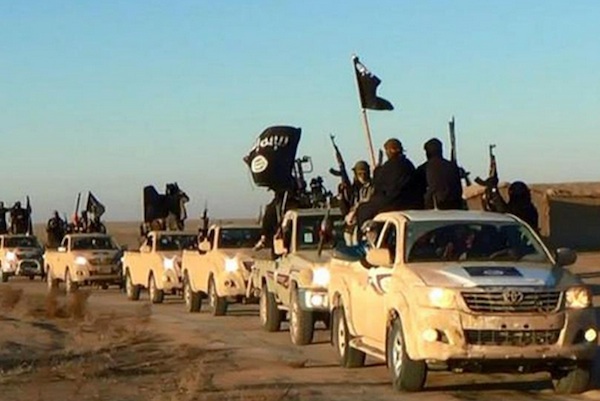 UNITED NATIONS (AP) — President Barack Obama and the leaders of some of America's closest allies are addressing a major United Nations summit on its last day Sunday as Syria's conflict and issues like climate change threaten to push the stated topic, global development, onto the sidelines.

The global meeting is focused on fixing some of the world's greatest problems through a 15-year road map to eliminate poverty and hunger. Endorsed by the U.N.'s 193 members, the plan includes fighting climate change.
Also speaking Sunday are Prime Minister David Cameron of Britain, Russian Foreign Minister Sergey Lavrov and President Francois Holland of France, who swept into a hastily arranged press conference a few minutes before the day of speeches to announce his country's first airstrikes in Syria.

Hollande didn't take questions after giving details about the strike on an Islamic State group training camp in eastern Syria — but when asked afterward whether this was the beginning of the end of the war in Syria, he smiled.

World leaders have already begun a whirlwind series of closed-door meetings on Syria on the U.N. sidelines. The focus of around 150 world leaders and diplomats turns Monday to the annual General Assembly high-level debate, which gives countries a chance to lay out their vision before the world.

A meeting on the sidelines Monday between Obama and Russian President Vladimir Putin, who hasn't shown up to the U.N. meeting for a decade, is one highlight.
Behind-the-scenes diplomacy on Syria's grinding conflict is another. Hollande's announcement of French airstrikes, more of which he said "could take place in the coming weeks if necessary, with the same goal," raises the stakes in a region where a U.S.-led coalition nervously watches a new Russian military buildup near Syria's Mediterranean coast.

Iran is also a major question, with the United States and the United Nations both reaching out in the diplomatic glow of the new nuclear deal for the Islamic Republic's help in finding political solutions in Syria and the newer conflict in Yemen as well.

Iran President Hassan Rouhani is already at the U.N. summit and is set to address the U.N. General Assembly gathering Monday morning along with Obama, Putin and Chinese President Xi Jinping — who is making his first appearance here.

Amid the bustle of the back-to-back summit speeches Sunday, Brazil's president announced her country's climate commitment ahead of a global summit in December in Paris aimed at a climate treaty.

President Dilma Rousseff said Brazil will reduce its greenhouse gas emissions by 37 percent by 2025 from 2005 levels as part of its contribution to a pact to fight global warming.
And the current refugee and migrant crisis, the worst since World War II, is another top issue under feverish discussion. Venezuela's President Nicolas Maduro spun the crisis into a chance to make a thinly veiled critique of the United States, blaming the problem on "unjust wars, imperialist wars, the attempt to control the world, one hegemon trying to impose its view on the world."