Obama to Visit New Orleans for 10th Anniversary of Hurricane 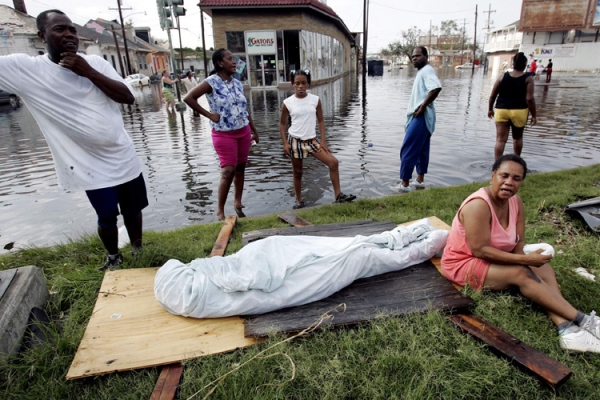 EDGARTOWN, Mass. (AP) — President Barack Obama will mark next week's 10th anniversary of Hurricane Katrina by visiting New Orleans, which bore the brunt of the storm's devastating blow and has yet to fully recover from the loss of life and property left behind in its wake.

The White House announced Wednesday that Obama will meet Aug. 27 with New Orleans Mayor Mitch Landrieu and residents who have spent the past decade trying to rebuild their lives. The president will also deliver remarks on the region's rebirth.

The powerful hurricane struck Louisiana on Aug. 29, 2005, causing significant damage to the Gulf Coast from Texas to central Florida and forcing a storm surge that breached a system of levees built to protect New Orleans. Some 80 percent of the city was flooded for weeks.

Nearly 2,000 people died as a result of the storm, most of them in New Orleans. Video of residents seeking refuge on rooftops or inside the sweltering Superdome dominated news coverage of the aftermath of the storm that went down in history as the costliest natural disaster to ever strike the U.S., as well as one of its deadliest.

The storm came to symbolize failure of government at all levels. Criticism for the response to Katrina was leveled at then-President George W. Bush, then-Gov. Kathleen Blanco and then-New Orleans Mayor Ray Nagin.

Obama will be joined on next week's visit by Craig Fugate, administrator of the Federal Emergency Management Agency.

Since 2009, the agency has funneled more than $5.2 billion to Louisiana, Mississippi, Alabama and Florida to help repair and rebuild schools, hospitals, roads, police and fire stations, and historic buildings and museums, the White House said in a fact sheet on its post-Katrina recovery efforts.

FEMA has also spent another $1.4 billion in Louisiana and Mississippi to elevate homes, retrofit government and residential structures and on drainage improvement projects.

Obama visited New Orleans on Aug. 29, 2010 — exactly five years after Hurricane Katrina made landfall — and sought to reassure the region's residents that he would not abandon them.

"My administration is going to stand with you, and fight alongside you, until the job is done," he said to cheers at Xavier University, a historically black, Catholic university that was badly flooded by the storm.

The economy of New Orleans, which relies heavily on tourism and the oil and gas industry, had suffered a new setback earlier that year with the BP oil spill. More than 200 million of gallons of oil spewed into the Gulf of Mexico in the months before the underwater well was capped.