Clinton is Confident Her Emails Were Handled Properly 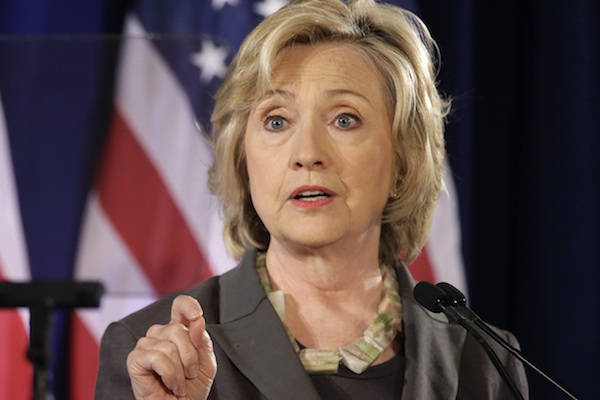 Clinton spoke briefly Saturday about the email matter after a Democratic gathering at the Madison County Historical Complex in which she stressed her commitment to a variety of issues, including her support for pre-kindergarten education and abortion access. Reporters raised the topic of the email during a brief news conference.

"I am confident that I never sent or received any information that was classified at the time it was sent and received. What I think you're seeing here is a very typical kind of discussion, to some extent disagreement among various parts of the government, over what should or should not be publicly released," she said.

The front-runner for her party's nomination said she wanted the information in question to be made public as soon as possible and suggested there was confusion over the issue.

"I think there's so much confusion around this that I understand why reporters and the public are asking questions, but the facts are pretty clear. I did not send nor receive anything that was classified at the time," she said.

Intelligence investigators told the Justice Department in a letter this week that secret government information may have been compromised in the unsecured system she used at her New York home during her tenure as secretary of state.

Asked if the Justice Department should investigate, Clinton said: "They can fight over it or argue over it. That's up to them. I can tell you what the facts are."

In addition to alerting the Justice Department to the potential compromise of classified information, the inspector general of the U.S. intelligence community sent a memo to members of Congress indicating that "potentially hundreds of classified emails" were among the 30,000 that Clinton had provided to the State Department.

The office said it also raised that concern with FBI counterintelligence officials and was recommending changes in how the emails are being reviewed and processed for public release. The State Department is reviewing 55,000 pages of emails with the goal of releasing all of them by Jan. 29.

The intelligence inspector general, I. Charles McCullough, and his counterpart at the State Department, Steve Linick, said that McCullough's office found four emails containing classified information in a limited sample of 40 emails.

In its letter to congressional oversight committees, the inspector general's office said that it was concerned that "these emails exist on at least one private server and thumb drive with classified information and those are not in the government's possession," Andrea Williams, a spokeswoman for McCullough, said earlier this week.

The letter said none of the emails was marked "classified" at the time it was sent or received but that some should have been handled as such and sent on a secure computer network.

Clinton has said she used the private server at her home as a matter of convenience to limit her number of electronic devices.