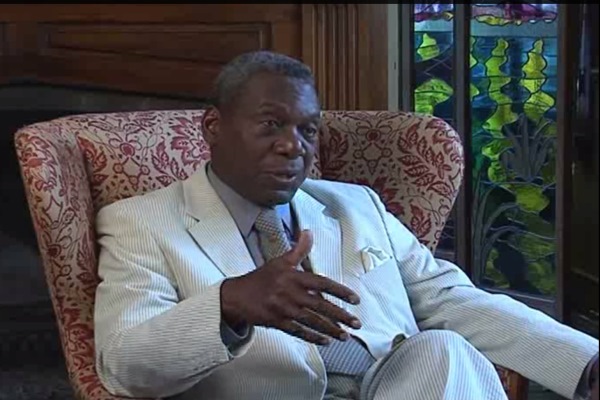 Bailey died last Sunday at age 73 after a long illness.

At his funeral attended by Memphis' mayor, other political leaders, lawyers and judges, Clinton heaped praise on Bailey for saving the Lorraine Motel, The Commercial Appeal  reported.

"The Lorraine Motel could be a parking lot for all you know today if it hadn't been for D'Army Bailey," the former president said.

"The man was moving all his life," Clinton added. "And he believed everything should have a moving purpose, including this museum. He left you and America a national treasure."

Bailey led the fight to preserve the crumbling Lorraine Motel, where King was slain while standing on a balcony on April 4, 1968. King had stayed at the hotel while marching and making speeches on behalf of striking sanitation workers who were protesting low wages and unsafe working conditions.

Bailey assembled donors to buy the hotel, which ultimately became the National Civil Rights Museum in 1991. The museum has since undergone an extensive renovation.

Bailey received his law degree from Yale and practiced civil rights law in New York before moving to California. He served on the Berkeley, California, city council from 1971 until 1973.

He later returned home to Memphis, where he practiced law and served as a judge.

Bailey also had small acting roles in several films, including "The People vs. Larry Flynt" and "How Stella Got Her Groove Back."

Copyright © The Associated Press. All rights reserved. This material may not be published, broadcast, rewritten or redistributed.