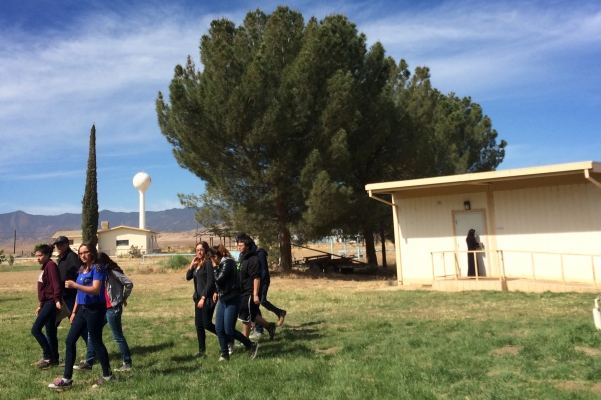 DENVER (AP) — Students in 11 states and the District of Columbia will spend less time next year taking tests based on the Common Core standards, a decision made in response to widespread opposition to testing requirements.

The decision to reduce testing time by about 90 minutes was made by the states and the Partnership for Assessment of Readiness for Colleges and Career, or PARCC.

The PARCC tests are administered to students in grades three to eight and once in high school. As a result of the decision, the math and English exams will only be given once a year, instead of twice.

"We've listened to the voices of all stakeholders — educators, parents, and students — and are using the lessons learned," New Mexico Education Secretary Hanna Skandera said in a statement.

The PARCC tests took effect this year and sparked a round of intense opposition from teachers, parents and students who said testing requirements take away from classroom instruction and put undue pressure on kids. Parents in pockets of the country opted their children out of test taking in PARCC states and elsewhere.

Julia Sass Rubin, the mother of a seventh-grader in New Jersey and a founder of Save Our Schools New Jersey, a group that is critical of the test, said the reduced time is a good first step. She was among thousands of New Jersey parents who boycotted the tests.

"It shows that the parents were sufficiently communicative," she said. "It's very good that they're listening."

But she said cutting the test back to once a year does not address all the lost instructional time and overarching concerns about "narrowing of the curriculum and teaching to the test."

Mike Wetzel, spokesman for the Colorado Education Association, the state's largest teachers' union, welcomed the decision. "But as a country, we still over-test and we want to see some significant changes in Washington next year," he said.

Wetzel was referring to the congressional debate to overhaul the No Child Left Behind education law, which has annual testing requirements.

Colorado is among the states that didn't wait for PARCC to reduce exam time. On the same day the PARCC reduction was made, Colorado Gov. John Hickenlooper signed into law a reduction in testing before third grade and later in high school. Similar testing reductions have been passed in many states affiliated with the Common Core standards, which spell out what skills students should be able to master at each grade level.

"There needs to be some sort of evaluation and testing, but we need to allow local districts to use what works for them," said Colorado state Sen. Jerry Sonnenberg, a rancher who made headlines earlier this year for taking a PARCC test and failing it. Sonnenberg got the answers right, but didn't show his work.

"There's a lot of problems with these tests and it's good they're reducing them, but we have more to look at," Sonnenberg said.

PARCC is one of two exams developed by groups of states and tied to the Common Core standards. The other is Smarter Balanced.