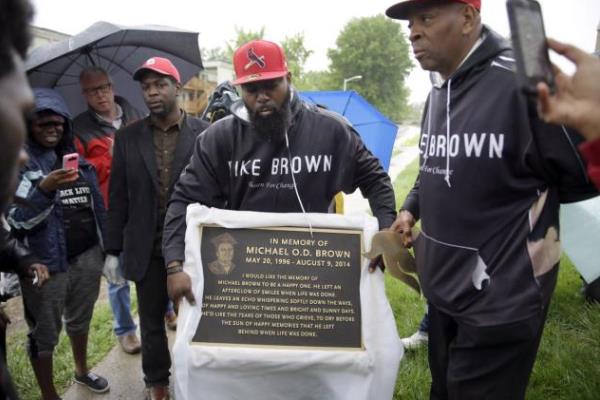 FERGUSON, Mo. (AP) — A plaque and metallic likeness of a dove have been installed in Michael Brown's memory near the spot where the unarmed, black 18-year-old was shot and killed last summer by a white Ferguson police officer.

Crews installed the plaque and dove Thursday hundreds of feet apart on a sidewalk in Ferguson, Missouri, one day after the mid-street memorial for Brown was cleared. Wednesday would have been Brown's 19th birthday.

The makeshift memorial had cropped up within hours of Brown's death and became what many saw as a symbol of a new civil rights movement over race and policing.

Brown's death touched off protests and a "Black Lives Matter" movement that gained momentum with subsequent police killings of unarmed black men in other U.S. cities.