Baltimore: Next Steps for City after Freddie Gray Charges 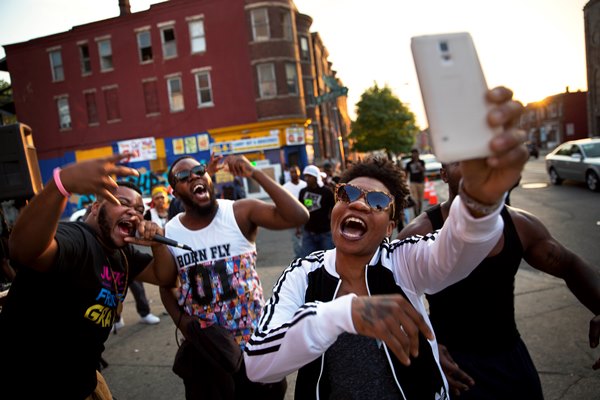 Life is starting to return to normal in Baltimore after Mayor Stephanie Rawlings-Blake lifted a city-wide curfew that was in effect for five nights. The curfew followed the riots and looting after the funeral last week of Freddie Gray, a 25-year-old black man who died after he was injured while in police custody. Early Monday, there were no reports of confrontations between protesters and police as there had been on previous nights.

The state of emergency is expected to remain in effect over the next two days while the Maryland National Guard continues to draw down about 3,000 troops brought in to keep the peace. Maryland Gov. Larry Hogan says more than 200 businesses were lost to the rioting and looting.

Police say officers will continue to deploy to "areas of concern" and monitor protest activity. More recent protests have been mostly peaceful and even somewhat celebratory in tone since Friday's announcement of charges against six officers involved in Gray's arrest.

Police said Sunday they had arrested 486 people since the unrest began, including 46 people on the final night of the curfew.

The charges announced by State's Attorney Marilyn Mosby on Friday are just the start of the legal process. The officers have been released on bond. Two are suspended with pay and four are suspended without pay. Court records show a preliminary hearing is scheduled May 27 in Baltimore District Court for Lt. Brian Rice, Sgt. Alicia White, and officers Caesar Goodson, Garrett Miller, Edward Nero and William Porter.

In the coming weeks, the Justice Department is expected to release results of a review of the police department's use of force practices. The department requested the review after several cases of physical force by officers resulted in millions of dollars in legal settlements and a public outcry.

The FBI and Justice Department are conducting a separate investigation of Gray's death for potential civil rights violations.

Police officials and Mosby have indicated they will continue to investigate the Gray case.

THE OFFICERS AND THEIR CHARGES

The six officers charged range in age from 25 to 45. Three joined the force in 2012. Two others, Lt. Brian Rice and Officer Caesar Goodson, have been serving since the late 1990s.

Goodson, the driver of the vehicle that transported Gray, faces the most serious charges. He's been charged with second-degree depraved heart murder, which carries a possible 30-year sentence if convicted. The charge involves acting with extreme disregard for human life. Mosby said Goodson repeatedly failed to secure Gray with a seatbelt in the back of the van, and because Gray was unbelted, shackled and handcuffed he suffered a severe neck injury. The death has now been ruled a homicide.

Bill Murphy, a lawyer for Gray's family, said "his spine was 80 percent severed."

Other charges against the officers include involuntary manslaughter, assault, misconduct in office and false imprisonment. The officers turned themselves in at the city jail Friday afternoon after charges were announced. All were later released on bonds of between $250,000 and $350,000.

After his arrest, Gray spent a week in the hospital before he died April 19. Bystander video captured Gray's arrest and led to protests that began the night before he died and continued almost daily after that. The protests turned violent for the first time on Saturday, April 25, when pockets of protesters shattered police car windows and storefronts.

Wider violence erupted Monday, the day of Gray's funeral. At least 20 officers were hurt, one person was critically injured in a fire, more than 200 adults and 34 juveniles were arrested and nearly 150 cars were burned, police said.

That led officials to impose a citywide 10 p.m. to 5 a.m. curfew that began Tuesday and was lifted Sunday.

Friends and relatives knew Gray as warm, funny, and generous. Gray was slight and slender.

He grew up in Baltimore's predominantly poor and African-American Sandtown community, and had collected several drug-related convictions during his life. But the arrest that led to his death was "illegal," Baltimore's top prosecutor said Friday, noting he hadn't done anything wrong.

Charging documents from his arrest allege he was carrying an illegal switchblade knife. Mosby said it was a legal folding knife, with the blade folded into the handle.