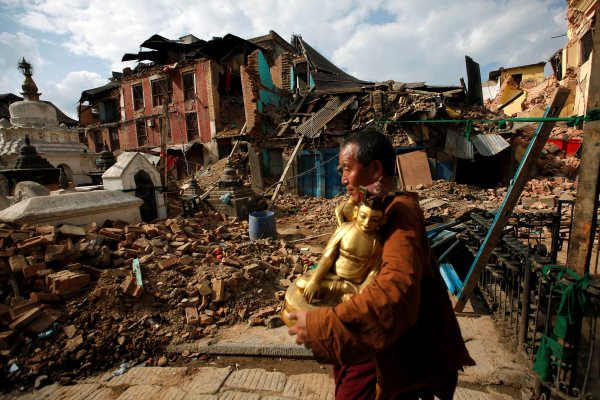 As the death toll climbs in Nepal following the massive earthquake over the weekend, the Better Business Bureau along with Oregon's Department of Justice, Washington Secretary of State Kim Wyman and Attorney General Bob Ferguson are urging consumers to be on guard for charity scams targeting donors.

“Any time there’s a natural disaster, scammers will try to take advantage of people’s generosity,” said Tyler Andrew, CEO of Better Business Bureau serving Alaska, Oregon and Western Washington. “When donating to charities, go with ones that are experienced at working with disaster victims.”

Reports that more than 5,000 people have been killed in the 7.8-magnitude quake have galvanized donors around the world to help out by contributing funds to an array of charities, some of which have just sprung up.

All that is great – but pay attention to who is asking for help, officials say.

“Whenever tragedy occurs, whether it’s the earthquake in Nepal or last year’s landslide in Oso, many people instinctively want to help the victims,” Wyman said. “In times like these, there always seems to be rip-off artists who try to take advantage of others’ generosity. If people want to help the victims in Nepal, they should donate to charities they know and trust. Nobody wants to see this tragedy resulting in donations winding up in a scam artist’s pocket.”

Officials say that if you give your money to a fake charity there is little hope of getting it back. That’s why it’s better to watch out before you give.

“All of us in Washington and around the country have deep sympathy for the victims and their loved ones at this tragic time,” Ferguson said. “As you look to provide assistance to help those in need, be sure to exercise caution so your hard-earned dollars go to trusted charities, not to scam-artists.”

Consumer protection officials warn of fake charities that may look and sound legitimate online or even hijack the names of well-known organizations. Scammers will often pose as official charity agents and call potential donors, pressuring them to make a donation over the phone.

“With crowdfunding being so popular now we want people to be careful about that too, because there is no way you can find out where that money is going even if you donate $5,” says Sophie Dichter of the BBB.

“We know from the Boston Bombing and other incidents that they come out in force and try to profit off tragedy,” said Ellen Klem, Oregon Department of Justice director of consumer outreach and education. “We believe people should be generous but skeptical.”

Klem directed Samaritans to www.oregonconsumer.gov, where they can find much more information on avoiding scams including instructions on how to look up whether any given charity is registered.

“One of the things that is unique about Oregon is we actually regulate charities in the state,” she said.

Also make sure that your donation is tax deductable, because any charity that spends less than 30 percent of their funds on their charitable mission don’t qualify for that.

Use trustworthy charities. Be sure the charity is equipped and has the resources necessary to help with disaster relief. Review whether a charity meets all 20 standards of accountability at Give.org, a website run by the Council of Better Business Bureaus. Also visit the Secretary State’s Information for Donors page.

Avoid cash donations. Write checks or pay by credit card to charities directly. Scammers will try to convince their victims to wire money or use prepaid debit cards to make a donations. Never give personal information or money to a telephone or email solicitor.

Double-check. Watch for “pop-up” charities with unverifiable background and contact information. Unscrupulous organizations may try to trip up donors by using names that sound similar to reputable charities.

Block social media pleas. Be wary of requests from fake victims or memorial social media accounts. Remember to verify the organization first before giving a penny.

For more tips on giving wisely, in Washington state go to www.sos.wa.gov/charities/givewisely.aspx  or call 1-800-332-4483. In Oregon go to www.oregonconsumer.gov. Victims of a charity scam can also report it to the BBB at www.bbb.org/scamtracker/us.