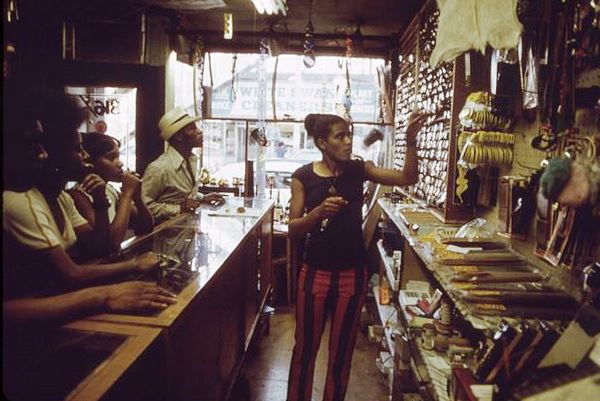 WASHINGTON (NNPA) – One of the most powerful agents in curtailing Black youth crime in major cities is the presence of Black business owners, according to Karen Parker, professor of sociology and criminal justice at the University of Delaware.

“Not only have [criminologists] not looked at all the aspects of the urban economy by focusing on unemployment and poverty and joblessness, but then we also present this picture that African Americans are not invested, are detached, are not involved with the community. This suggests that they very much are,” says Parker, author of the study, “The African American Entrepreneur – Crime Drop Relationship: Growing African American Business Ownership and Declining Youth Violence.”

She explained, “By looking at business ownership, we’re seeing [Black business owners’] presence in their neighborhoods…and how they are having a very positive impact on the violence there, specifically among youth.”

Her research appears in last month’s Urban Affairs Review and analyzes the growth in Black entrepreneurship compared to Black juvenile arrests in large cities, as well as a few independent variables such as deindustrialization and income inequality.

The data comes from the beginning of the 1990s and the beginning of the 2000s. Both periods saw specific job losses (manufacturing jobs in the ‘90s, professional jobs in the 2000s) and rises in Black entrepreneurship. According to the report, the number of Black-owned businesses increased by more than 32 percent between 1992 and 1997; Black-owned businesses that employed others increased 43 percent.

During the weak economic times following the September 11 attacks, the number of Black-owned businesses rose more than 60 percent – “more than triple the national rate of 18 percent for all U.S. businesses according to the U.S. Census Bureau’s Survey of Business Owners,” Parker points out in the study.

At the same time, violent offenses involving Black youth dropped about 29 percent in large cities across the nation.

“The thing that was surprising – and it came from [criminologists’] view that look, maybe it’s not the African American owned businesses at all. Maybe it’s just that there are jobs now when jobs weren’t there before, and that’s what leading to the [drop in] crime rate,” Parker said. “But I actually tested for that. I tested for employment of African Americans in business and service and manufacturing, and that did not explain away the presence of the African American businesses specifically. It wasn’t the fact that they were simply there to employ, it was more than that.”

By her analysis, the positive influence of visible Black business owners seems to flow in two ways.

“First, minority-owned businesses, through the lives of their owners, employees, and families, can serve an important function – as role models to urban youth in the community,” she writes. “Business growth also means an inflow of resources into the community, reducing the level of economic disadvantage that has been linked to urban violence.”

Culturally, the presence of Black business owners in a community, particularly if there is poverty or other socioeconomic disadvantage, often raises morale and staves off the cynicism that social scientists have tied to high crime among youth. The study also asserts that Black business owners tend to be involved in maintaining other positive areas of their communities, such as schools, churches, and recreation centers.

Although Parker’s study did not conclusively find that employing other Black people had an affect on youth crime, it did cite other research that Black business owners hire other people of color almost always, whether their business is situated in non-White communities. Black-owned businesses also offer culturally relevant services and products to their Black and brown neighbors, and recycle Black dollars within their communities longer.

The study summarizes, “Thus, their presence in the community is critically important, providing jobs, social networks, and increasing the economic base, particularly during recent times of deindustrialization and elevating levels of Black concentrated disadvantage.”

Parker says, “Rarely in the work that I do as a criminologist looking at urban crime, is there a positive message. There’s something so positive about saying, look at the presence of these individuals and the positive [impact] they’re having and they’re contributing significantly to the crime rate.”

There were more than 1.9 million Black-owned businesses in the most recent Census Survey of Business Owners (2007), up from 1.1 million in the 2002 survey. This growth is despite poor access to financial services, weaker professional networks, and a host of other challenges that hinder Black Americans from using traditional routes to entrepreneurship.

“Given all the odds of lack of resources, lack of support, lack of survivability – the impact on their own families in terms of having to use their own incomes, their own family money, their own personal credit cards – let’s acknowledge the role they’re serving,” Parker said.

“For a policymaker…let’s not just acknowledge them, let’s support them. Just in access to capital, provide business loans to them, give them access to business credit and other things… and training programs to maintain their businesses. Because empirically, they’re having an amazing impact on their communities and the youth there.”