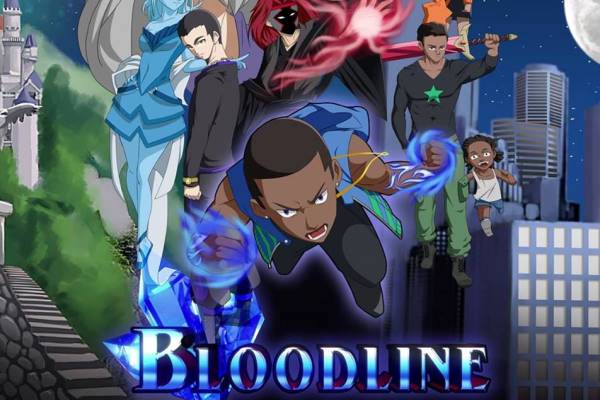 A still from Alphonso Blackwood’s new anime series ‘Bloodline.’ Blackwood has an active Kickstarter campaign to raise $75,000 to produce the show’s first episode. The show’s tagline is ‘When The Faith Of Two Worlds Lie In Your Hands, You'll have To Make The Choice Between Which Is Important And Whats Necessary.’

An underprivileged 16-year-old high school student realizes he’s the reincarnation of ancient alien royalty---that’s the subject of a new anime series that could use your help.

‘Bloodline’ as it’s called, is the brainchild of Alphonso Blackwood, and his Kickstarter campaign to raise $75,000 to produce the show’s 24-minute series premiere.

The series is set to follow main character Zeinshaw Rollin as he faces dual challenges—those here on earth, and the other worldly.

"I'm excited to tell a story I feel passionately about," said Blackwood. "I've been working on this story for a long time and I'm thrilled to bring it to Kickstarter and get other people excited about a relatable anime story. I hope that setting the story in modern-day America gets more young people excited about anime."

Blackwood also said he and Rollin share many similarities. He hopes by showing the Rollin’s flaws and abilities to learn from his mistakes as a kid in America viewers will be able to relate to the character.

To contribute to the ‘Bloodline’ goal of $75,000 visit the Kickstarter page here: https://www.kickstarter.com/projects/409056883/bloodline-the-animated-series-0

For more information on the show visit the official Facebook page here: https://www.facebook.com/BloodlineTheAnimatedSeries