‘HistoryMakers’ to Show Students How to Make History 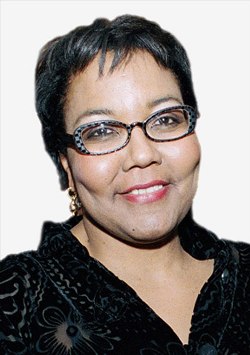 WASHINGTON (NNPA) — As the nation’s youth settle into the routine of a new school year, the best and brightest of Black America are gearing up to join them.

The Back to School with the HistoryMakers program invites Black American trailblazers from all professional fields and trades to share their stories at schools around the nation. The visits are intended to boost academic achievement by offering students, particularly Black students, real life examples of the possibilities education can afford.

“Our whole initiative is focused on education. This is an attempt to be a day of service for our history makers to give back and hopefully inspire some students,” says Julieanna Richardson, HistoryMakers’ founder and executive director.

The annual program comes at a time when public education is in flux. Public schools, particularly in Black and Latino communities, are closing with unprecedented frequency, leaving blight in place of a natural neighborhood hub.

The Department of Education predicts that this will be the first year children of color become the majority in public schools, yet the curriculum remains Eurocentric. At the same time, only 18 percent of the nation’s public school teachers are nonwhite – less than 7 percent are Black.

“I think with minority youth, it’s very important that they have a broader reference. I think students who are non-minority—it’s very important that they have a larger reference,” Richardson explained, adding that repeatedly learning about a handful of figures is not enough. “You can’t become something a lot of times unless you can see it, and be exposed to it. Sometimes people are exposed to something and it changes the nature of who they want to be.”

That’s the story for Oliver McGee III, who visited the School Without Walls Senior High School in Washington D.C. as part of last year’s HistoryMakers Back to School Day. As a teenager, he only knew he wanted to go to college. One day as an undergrad at Ohio State University, he attended an event featuring aeronautic physicist, Julian Earls.

“When I heard this speech I just knew I wanted to follow in his footsteps,” McGee says. Later, he met with Earls, who eventually mentored him and suggested he pursue a Ph.D.

“I had never met a Black man who had five degrees before, so I figured I better listen to this man. I think it is really important for kids to meet role models, like I met Dr. Earls and later [aerospace engineer] Lonnie Reid, Ph.D. My whole life was shaped my meeting these men.”

In addition to bringing students face-to-face with living pioneers from all sorts of beginnings, Back to School with the HistoryMakers Day allows these pioneers the opportunity to serve communities, connect with the public education landscape, and build up the next generation of trailblazers.

Beforehand, the history makers are advised on what sort of experiences would be helpful and inspiring for students. The schools are given information about the HistoryMaker, and teachers are encouraged to provide an interactive primer on the person before the big day.

On the same day across the country, HistoryMakers speak about their youth and/or careers, demonstrate their art or skill, and field questions from students during Q& A sessions. They also tour the school, address either appropriate classes or the entire student body, and enjoy student presentations in their honor.

When the HistoryMakers visited A. N. Pritzker Elementary School in Chicago last year, history teacher Jerry Weissbuch happened to be teaching about the history of civil rights. One of the guests was Dorothy Leavell, who took the helm as publisher of the Gary Crusader and Chicago Crusader in 1968.

“Seeing older people who can tell us what it was like in history, during the ‘50s, ‘60s, they look up to the HistoryMakers like they’re their grandparents,” Weissbuch explained. “They’re a generation that needs to be heard, and our students don’t necessarily hear these stories all the time.”

After the visit, Weissbuch says his students used the HistoryMakers database for their civil rights projects.

He says, “Nothing is better than having real people come and talk to our students. School can’t always be about testing, it’s about enrichment.”

This year’s Back to School day is September 26, and will send 400 HistoryMakers across 61 cities and 30 states. Past speakers have included Sharon Farmer, director of White House photography during the Clinton administration; award-winning poet Nikki Giovanni; Capt. William Pinkney, the first African American to circumnavigate the globe via the tip of South America.

Secretary of Education Arne Duncan continues in his role as chairperson, and will visit a school in Washington, D.C.

HistoryMakers is the world’s largest archive of African American oral history on video. This year it was announced that the Library of Congress would house the collection for posterity.

“We’re not accumulating all of this information just to be held in a vault, it should be something that’s really living history,” Richardson stated. “We can show the real life examples.”