WHO: Ebola Outbreak is a Public Health Emergency 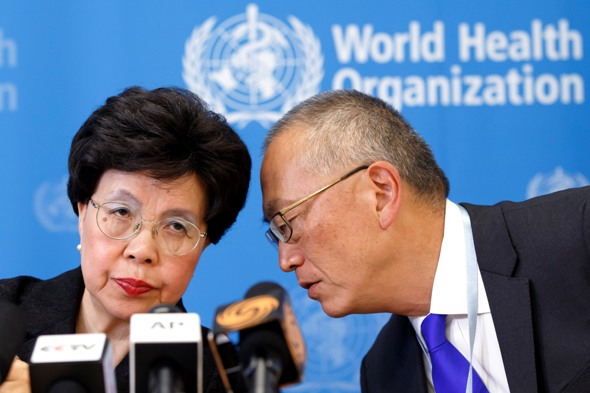 PHOTO: Director General of the World Health Organization, WHO, China's Margaret Chan and Assistant Director General for Health Security Keiji Fukuda of the US, right, share a word during a press conference after an emergency meeting at the headquarters of the WHO in Geneva, Switzerland, Friday, Aug. 8, 2014. (AP Photo/Keystone, Salvatore Di Nolfi)

LONDON (AP) — The World Health Organization on Friday declared the Ebola outbreak in West Africa to be an international public health emergency that requires an extraordinary response to stop its spread.

It is the largest and longest outbreak ever recorded of Ebola, which has a death rate of about 50 percent and has so far killed at least 961 people. WHO declared similar emergencies for the swine flu pandemic in 2009 and for polio in May.

The WHO chief, Dr. Margaret Chan, said the announcement is "a clear call for international solidarity" although she acknowledged that many countries would probably not have any Ebola cases.

"Countries affected to date simply do not have the capacity to manage an outbreak of this size and complexity on their own," Chan said at a news conference in Geneva. "I urge the international community to provide this support on the most urgent basis possible."

The agency had convened an expert committee this week to assess the severity of the continuing epidemic.

The current outbreak of Ebola emerged in Guinea in March and has since spread to Sierra Leone and Liberia, with a suspected cluster in Nigeria. Since it was first identified in 1976, there have been more than 20 outbreaks in central and eastern Africa; this is the first one to affect West Africa.

The impact of the WHO declaration is unclear; the declaration about polio doesn't yet seem to have slowed the spread of virus.

"Statements won't save lives," said Dr. Bart Janssens, director of operations for Doctors Without Borders. "For weeks, (we) have been repeating that a massive medical, epidemiological and public health response is desperately needed. ... Lives are being lost because the response is too slow."

"I don't know what the advantage is of declaring an international emergency," added Dr. David Heymann, who directed WHO's response to the SARS outbreak and is now a professor at the London School of Hygiene and Tropical Medicine.

"This could bring in more foreign aid but we don't know that yet," he said. 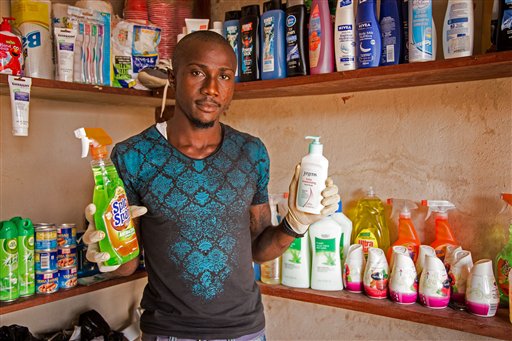 PHOTO: The owner of a small shop poses as he shows sanitation products that are used to prevent the spread of Ebola, as he reports sales of sanitation products have doubled since the Ebola outbreak in the city of Freetown, Sierra Leone, Wednesday, Aug. 6, 2014. The World Health Organization has begun an emergency meeting on the Ebola crisis, and said at least 932 deaths in four African countries are blamed on the virus, with many hundreds more being treated in quarantine conditions. (AP Photo/ Michael Duff)

In the United States, the Centers for Disease Control and Prevention already recommends against traveling to West Africa. The agency has also put U.S. hospitals on alert for symptoms to spot potential cases as quickly as possible.

Two Americans infected with Ebola recently received a drug never before tested in people and seem to be improving slightly, according to the charity they work for.

Other experts hoped the WHO declaration would send more health workers to West Africa.

"The situation is very critical and different from what we've seen before," said Dr. Heinz Feldmann, chief of virology at the U.S. National Institute of Allergy and Infectious Disease. "There are so many locations with transmission popping up and we just need more people on the ground."

WHO did not recommend any travel or trade bans but said people who had close contact with Ebola patients should not travel internationally. For countries with Ebola, WHO issued various recommendations, including exit screening at international airports and border crossings to spot potential cases. It also discouraged mass gatherings.

WHO said countries without Ebola should heighten their surveillance and treat any suspected cases as a health emergency.

This week, two of the worst-hit Ebola countries — Liberia and Sierra Leone — brought in troops to enforce quarantines and stop people infected with the disease from traveling. Liberian authorities said no one with a fever would be allowed in or out of the country and warned some civil liberties could be suspended if needed to bring the virus under control.

Chan said while extraordinary measures might be necessary to contain the outbreak, it is important to recognize civil rights.

"We need to respect the dignity of people and inform them why these measures are being taken," she said.

The disease spread from Liberia to Nigeria when a man apparently sick with Ebola boarded a plane, according to the Nigerian government. Nigerian authorities say the man, who later died, was not placed into isolation for at least 24 hours after he was hospitalized. A nurse who treated him has since died from Ebola and authorities are monitoring seven other cases among people who had contact with the first victim.