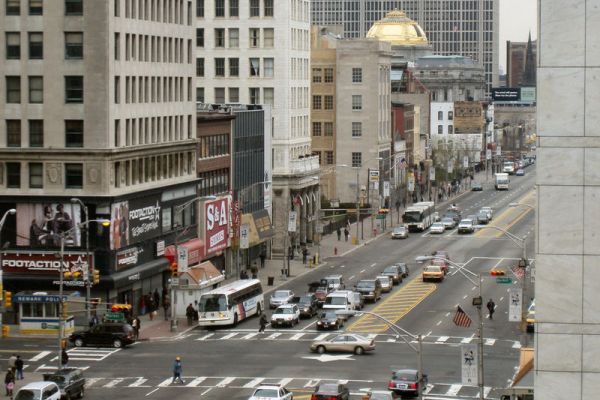 NEWARK, N.J. (AP) — Newark police engaged in the excessive use of force, routinely stopped people on the street for no legitimate reason and regularly stole property from civilians, the U.S. Department of Justiceconcluded in a report released Tuesday that set the stage for federal monitoring of the police department that serves New Jersey's largest city.

The report is the culmination of a three-year investigation begun months after the American Civil Liberties Union filed a complaint. The report describes a police agency rife with instances of misconduct and seemingly unable or unwilling to police itself.

"Most of the men and women who wear the uniform of the Newark Police Department bring enormous dedication and integrity to their jobs every day," U.S. Attorney Paul Fishman in Newark said at a news conference also attended by Mayor Ras Baraka and city police officials. "But we also found an organization that is challenged in fundamental ways and has engaged in a pattern and practice of unconstitutional policing in a broad range of areas."

"We accept the report and we look forward to making all the corrections that have been offered to us and pinpointed in the Department of Justice report," Venable said. "We are looking forward to just rolling up our sleeves and working on these problems and solving them."

That's in contrast to Portland where the City refused to accept the DOJ's findings.

The report laid much of the blame for the negative findings on what it characterized as deficiencies in the police department's systems for detecting and preventing misconduct, including its investigation of citizen complaints. For example, the DOJ investigation found that over a six-year period, only one excessive force complaint was upheld by the police department, a figure Fishman called "stunningly low" for a policedepartment of its size. 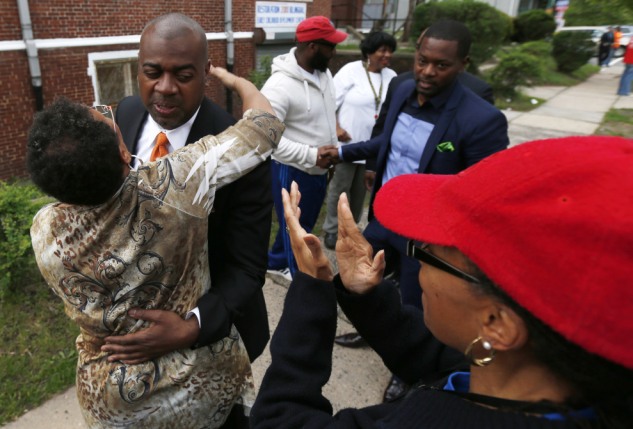 PHOTO: Ras Baraka was elected mayor of Newark in May, succeeding Cory Booker.

The investigation also found that over a three-and-a-half year period, 75 percent of pedestrian stops were made without constitutionally adequate reasons, where officers had a reasonable suspicion of criminal activity. Instead, the stops were made because people were "milling, loitering or wandering" in high-crime areas, according to Jocelyn Samuels, Acting Assistant Attorney General for the Civil Rights Division in Washington, D.C.

Eighty-five percent of those stopped were black in a city where blacks make up 54 percent of the population; Fishman said the report doesn't accuse the police force of profiling but urges better compiling and analyzing of data on the stops.

Theft by police department personnel is "more than an aberration limited to a few officers or incidents within the NPD," the report concluded. The problem is particularly acute in the specialized units such as narcotics, gangs and prisoner processing. The department was aware of the problem but still didn't sustain any theft complaints against the officers with the highest number of incidents, the report found.

Since the ACLU complaint was filed, Newark and the Justice Department have reached an agreement in principle. An independent monitor is expected to be named by mid-September when a federal judge signs off on the agreement.

Samuels said the monitoring period will be measured in years, not months, and will include benchmarks the police department must meet throughout the process.

Newark joins more than a dozen other cities that have been under some form of federal oversight in recent years, a list that includes Detroit, Los Angeles, New Orleans, Portland and Seattle.

The mayor, who was sworn in to his first term on July 1, said he viewed the findings as a chance to make changes.

"One could look at this, 22 days in as mayor, that the roof is caving in, but I look at it as an opportunity to build a new roof," Baraka said. "We are excited, not about the bad acts of a few police officers in ourdepartment, we are excited that we have the ability to transform the Newark police department."