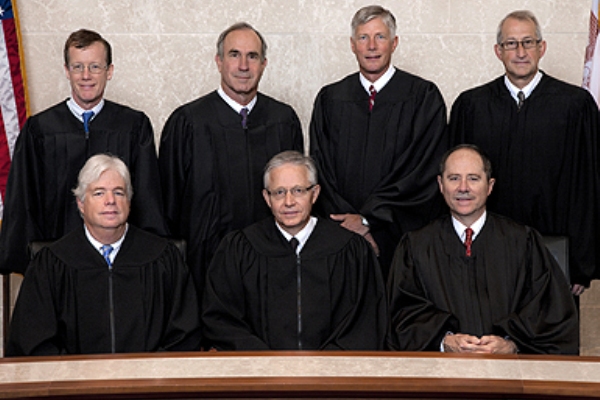 More than 100 prisoners who as juvenile offenders were tried as adults and received mandatory minimum sentences before 2013 must be resentenced, the court said in a 4-3 ruling. The state law mandating that juvenile offenders who received a prison sentence with no opportunity for parole until a minimum time is served is unconstitutional, the court ruled.

"There is no authority from anywhere in the country that comes anywhere close to this," said Frank Bowman, a law professor at the University of Missouri School of Law. "Iowa is right out front on that one."

"Mandatory minimum sentences for juveniles are simply too punitive for what we know about juveniles," Chief Justice Mark Cady wrote, adding that constitutional protections for the rights of juveniles being sentenced for serious crimes are rapidly evolving. Iowa law allowed for mandatory minimums in a variety of crimes, including robbery, murder, kidnapping, sexual abuse and some vehicular homicides.

In 2010, the nation's high court struck down life sentences for juveniles convicted of crimes other than murder, and in 2012 ruled that mandatory life sentences for juveniles violate the constitutional protection against cruel and unusual punishment. Judges were to consider many factors — such as including education, home life, maturity and culpability — when sentencing a juvenile, the high court said. The Iowa Legislature amended the state's law in 2013 to remove mandatory sentencing for juveniles in most cases.

Cady said Friday's ruling means that juveniles can be sentenced to long terms of imprisonment, but it cannot be mandatory.

California and Massachusetts lawmakers have modified sentences for juveniles, and it is likely many other state courts will follow Iowa's lead in coming years, according to Bryan Stevenson, the director of Equal Justice Initiative, a Montgomery, Alabama-based nonprofit law project. The Michigan Supreme Court last week ruled inmates convicted of murder as teens won't get new sentences.

"I think what the Iowa Supreme Court has done is consistent with the Supreme Court's rulings that children are not small adults," said Stevenson, who argued the case before the federal court that led to the 2012 decision. "They are children and we've got to give consideration and mandatory sentencing just does not permit that." 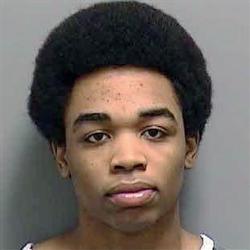 PHOTO: In this photo provided by the Iowa Department of Corrections is Andre Jerome Lyle Jr. A divided Iowa Supreme Court on Friday, July 18, 2014 said juvenile offenders must be resentenced if they were convicted in the state as adults and awarded mandatory minimum sentences. The decision came in the appeal of Lyle Jr., who had said minimum sentences for juveniles are unconstitutional because they amount to cruel and unusual punishment. Lyle was 17 in 2010 when he punched another student and took a bag of marijuana. (AP Photo/Iowa Department of Corrections)

Friday's decision came in the appeal of Andre Jerome Lyle Jr., whose attorneys argued minimum sentences for juveniles are unconstitutional because they amount to cruel and unusual punishment. Lyle was 17 in 2010 when he punched another student and took a bag of marijuana.

The Des Moines resident was convicted of robbery, sentenced to up to 10 years and ordered to serve at least 70 percent of the sentence before parole could be considered. He appealed.

"We're thrilled with the outcome not only for our clients but for all the other juveniles who will have the opportunity to be resentenced," said Rachel Regenold, the assistant public defender who represented Lyle. "No other court has gone this far with the cruel and unusual rulings. We are on the forefront."

In a dissenting opinion, Justice Bruce Zager said he would uphold Iowa's mandatory minimum sentences, because he believes the majority opinion misinterprets the federal court.

"In fact, no other state court has held its state constitution, nor has any federal court held the federal Constitution, forbids imposing mandatory minimum sentences on juveniles. In fact all authority, except in the life-without-parole context, is to the contrary," he said.

"Courts across the country are appropriately concluding that only mandatory life without parole or its de facto equivalent constitutes cruel and unusual punishment for juveniles who commit violent felonies," Waterman wrote, adding new sentencing hearings "will reopen the wounds of the victims and their families."

In a separate opinion based on the Lyle decision, the court also ordered a resentencing for Gabriel Detrace Taylor, who was convicted of helping two others in a 2010 Cedar Rapids robbery of marijuana. One of his companions shot an occupant of an apartment in the head. Taylor, who was 17 at the time, was sentenced to 25 years with at least 70 percent required to be served to be eligible for parole.