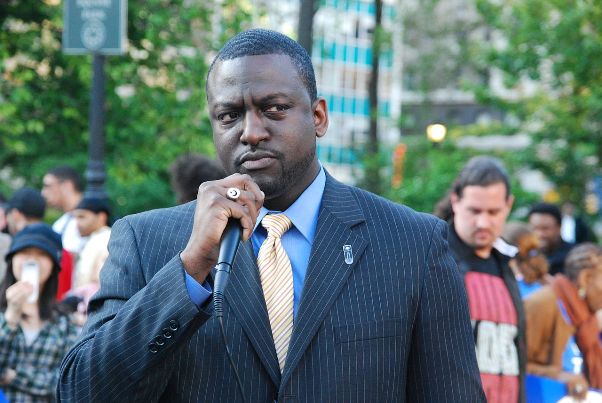 PHOTO: Yusef Salaam one of the five men exonerated in the case speaks out in video below

NEW YORK (AP) — A New York City official says the city has agreed to a $40 million settlement in a civil rights lawsuit filed against police and prosecutors by the five men exonerated in the 1989 Central Park jogger attack.

The official has direct knowledge of the agreement but isn't allowed to speak publicly about it and therefore spoke to The Associated Press on condition of anonymity.

A spokeswoman for the city's Law Department declined to comment. The deal must still be approved by the city comptroller and a federal judge.

The $250 million lawsuit was filed more than a decade ago on behalf of five black and Hispanic boys convicted in 1990 of raping and beating a white woman jogging in the park a year earlier.

Each served six to 13 years in prison. Their convictions were tossed in 2002 after evidence emerged linking someone else to the crime.

The Rev. Al Sharpton said in a statement that the proposed settlement signifies “a monumental victory” for the five young men and their families.

“It is also a victory for those in the community that stood with them from day one and believed in their innocence in this case,” Sharpton said. “As supporters we were viciously attacked for standing with them, but we were on the right side of history.”

Jonathan C. Moore, a lawyer for the plaintiffs, declined to comment.

Andrew G. Celli, a lawyer who submitted a brief in the litigation, said he had no firsthand knowledge of the settlement but welcomed news of it.

“A settlement this large, this dynamic, will have an impact,” he said. “It will cause police and prosecutors to think a bit more carefully about the ramifications of a particular investigation.”

The attack on 28-year-old investment banker Trisha Meili was one of the most notorious crimes in New York City history and it mesmerized the nation, serving as a lurid symbol of the city’s racial and class divide and its rampant crime. It gave rise to the term “wilding” for urban mayhem by teenagers.

When Meili was found in the brush, more than 75 percent of her blood had drained from her body and her skull was smashed. She was in a coma for 12 days, left with permanent damage, and remembers nothing about the attack. The AP does not usually name victims of sexual assault, but Meili later went public as a motivational speaker and wrote a book.

Raymond Santana and Kevin Richardson, both 14 at the time, Antron McCray and Yusef Salaam, 15, and Korey Wise, 16, were rounded up and arrested. After hours of interrogation, four of them recorded confessions on video, in some cases with the boys’ parents in the room. At the trials, their lawyers argued the confessions were coerced. At the time, DNA testing was not sophisticated enough to make or break the case.

In 2002, a re-examination of the case found that DNA on the victim’s sock pointed to Matias Reyes, a murderer and serial rapist who confessed that he alone attacked the jogger. Then-District Attorney Robert Morgenthau stopped short of declaring the five innocent, but withdrew all charges and did not seek a retrial. The statute of limitations for charging Reyes had run out; he is serving a life sentence for other crimes.

For a limited time you can watch Ken Burns Frontline movie about the case here: http://video.pbs.org/video/2364990501/