Missed The Health Care Deadline? It's Not Too Late 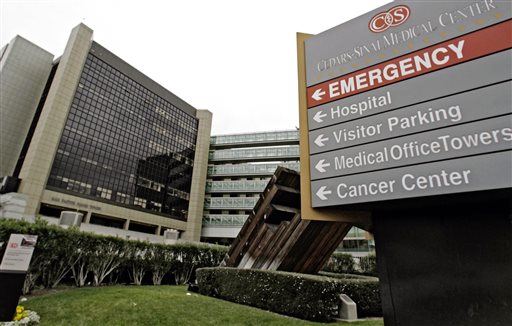 WASHINGTON (AP) — It's not too late to get covered. A few routes remain open for those who missed the health care law's big enrollment deadline.

Millions may be eligible for a second chance to sign up for subsidized insurance this year. And people who get coverage after the deadline can still avoid, or at least reduce, the fine for going uninsured.

Here are five options for those still without insurance:

1. TAKE ADVANTAGE OF THE GRACE PERIOD

This special break was created for anyone who began enrolling in an insurance marketplace by Monday's deadline but didn't finish. That includes people stymied by website outages or overwhelmed phone lines, missing information on applications, and other problems or confusion.

Those who started an application on HealthCare.gov should log on and finish it soon. Federal officials say they will take what time is necessary to work through cases pending online and will accept paper applications until April 7. Rules vary in the 14 states running their own insurance marketplaces.

For most people, going through a marketplace opens the door to lower costs. Those who use the grace period will get coverage starting May 1 and won't owe a fine.

2. USE A SPECIAL ENROLLMENT PERIOD

The government also is offering special extensions for a host of problems that might have prevented people from signing up through a marketplace: Natural disasters. Domestic abuse. A serious illness. Mistakes by application counselors. Errors by insurance companies.

To seek a "special enrollment period," contact the federal call center, at 1-800-318-2596, or your state marketplace and explain what went wrong. It's on the honor system. If the extension is approved, that brings another 60 days to enroll.

Also, at any time during the year, certain life events — such as changing jobs, getting married or divorced, or becoming a parent — open a 60-day window to sign up for marketplace coverage.

Those who qualify can still enroll in Medicaid — there's no deadline. Eligibility is based on income and varies from state to state. About half the states expanded their Medicaid programs. The main beneficiaries of the change are adults earning up to about $16,100 per year, with no children living at home. Previously, Medicaid was limited mostly to poor children and their parents and people with disabilities.

4. BUY INSURANCE OUTSIDE THE MARKETPLACES

Buyers can always go directly to an insurance company, but it may be expensive. Plans bought outside the marketplaces don't come with government subsidies that hold down the cost for people with low or mid-level incomes. But they do include the law's consumer protections. For example, insurers can't turn down customers because of pre-existing medical conditions.

Even after the deadline, buying a plan that meets the law's essential coverage standard reduces the penalty owed, which is based on the number of months without coverage.

5. GET READY FOR NEXT TIME

Open enrollment for 2015 is coming later this year. It's scheduled to begin Nov. 15 and run just three months. That's another chance to get covered or switch into a plan with subsidies.

Supporters of the law are calling on President Barack Obama to make things easier next time around.

Something to think about: The uninsured penalty next year rises to 2 percent of income or $325 per adult and $162.50 per child.

Online: Answers to questions about the health care law: https://www.healthcare.gov/all-topics/