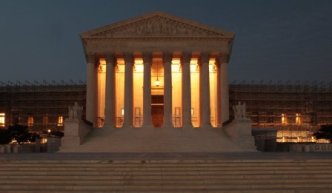 WASHINGTON (CNN) -- The Supreme Court threw its legal weight behind a Thai student whose side business selling foreign-made textbooks got him in trouble with the publisher.

The justices ruled 6-3 Tuesday that copyrighted works made and purchased abroad can then be resold within the United States without the copyright owner's permission.

The ruling is a victory for those who buy and sell books, movies, music, and artwork, and perhaps even furniture, electronics, automobiles, and clothing -- anything that may be considered "intellectual property."

"How can they find, say, the copyright owner of a foreign book, perhaps written decades ago?" he said. "Are the libraries to stop circulating or distributing the millions of books in their collections that were printed abroad?"

The legal dispute had attracted interest from the Obama administration, media and publishing companies, and a range of consumer and retail groups.

Competing claims of intellectual property and owners rights in the electronic age made Supap Kirtsaeng's venture one of the most closely watched business cases at the high court this term. He bought textbooks abroad, where the prices are lower, and resold them in the United States.

The high court considered the limits of two key interpretations of copyright law -- the "first sale doctrine" and its complex relationship to foreign distribution rights.

The first sale doctrine generally gives copyright holders the ability to profit only from the original sale.

It ensures a distribution chain of retail items, library lending, gift giving and rentals for a range of intellectual property. That stream of commerce includes secondary markets like flea markets and online resellers Craigslist and eBay.

The idea -- upheld by the Supreme Court since 1908 -- is that once a copyright holder legally sells a product, the ownership claim is exhausted, giving the buyer the power to resell, destroy, donate, or whatever. It's a limited idea, involving only a buyer's distribution right, not the power to reproduce that DVD or designer dress for sale.

The tricky part is whether that first sale doctrine applies to material both manufactured and first purchased outside the United States.

Breyer said it does: "The upshot is that copyright-related consequences, along with language, context, and interpretative canons, argue strongly against a geographical interpretation."

John Wiley & Sons, the publishing firm that sued Kirtsaeng, argued it readily sells its products overseas at a cheaper price -- particularly to countries in Asia, the Middle East and Latin America -- to satisfy an audience that may have less income than in the States or Europe.

Such differences in worldwide prices are often exploited by retail and resale firms, especially on high-end luxury and specialized items. Known as parallel sales or the "gray market" -- foreign-made goods obtained through second-hand sources -- the strategy costs manufacturers tens of billions of dollars a year, according to some business-generated estimates.