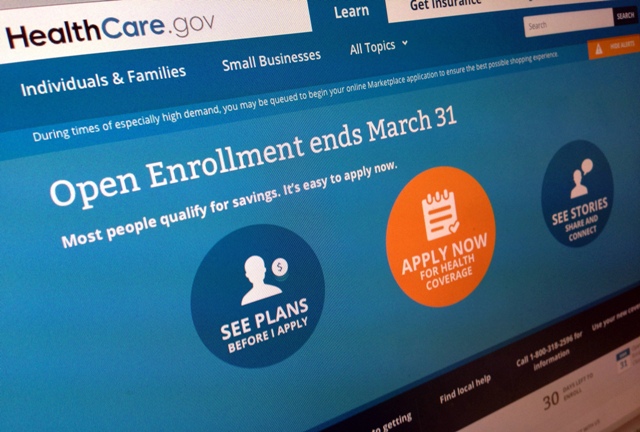 WASHINGTON (AP) — The new health care law helps some people, hurts others and confuses almost everyone. Hoping to simplify things a bit, The Associated Press asked its Twitter, Facebook and Google Plus followers for their real-life questions about the program and the problems they're running into as the March 31 deadline approaches to sign up for coverage in new insurance markets.

Two of their questions and our answers:

CAN THEY FINE ME?

Q: "I'm currently unemployed and without health insurance. How does this affect me at this time? ... I'll be fined because I can't afford coverage?" — Cat Moncure, Harrisonburg, Va.

A: As long as you don't have income, the government doesn't require you to get health coverage and won't fine you. Specifically, if you don't make enough money so that you have to file a federal tax form, you're in the clear from the law's insurance mandate. The tax-filing threshold is $10,000 for an individual, $20,000 for a family.

But let's say you get a job this year and earn enough so that you have to file a 2014 tax form. Then you'll have to do some math to see whether you have come under the requirement to get health insurance.

If the cheapest policy you can get costs more than 8 percent of your income, you still don't need health insurance. In that case, you'll get an exemption from the coverage requirement when you file your taxes. If you make more than that, then you will need coverage or face an IRS penalty.

Of course, none of this helps you get health care if you need to see a doctor while you are jobless.

In some states, Medicaid is the answer because they've expanded the program to low-income adults without children, not just families, children or certain disabled or elderly adults. But Virginia did not expand its program. The new Virginia governor, Terry McAuliffe, has made Medicaid expansion a priority. But there's no telling how long that might take or whether he'll succeed.

It's probably worthwhile to go to HealthCare.gov, click on "see plans before I apply" and follow the steps to find out what plans are available in your area, what they cost and what kind of subsidy you might get if you purchase one in that marketplace. You don't lose anything by window shopping.

Whatever you do, know that if you get a job during 2014, your new income may require you to get insurance at that time. You'll want to keep an eye on that, so you don't find yourself facing a penalty when you file 2014 taxes.

Q: "My insurance went up. Now, I have no $$ left to actually afford the copays or the much needed eyeglasses for my daughter. I think I'm what Obamacare considers the working poor. I work, therefore I don't get free health care. Like everything else offered to help struggling people, I make less than $200 over the minimum, so I get zilch." — Laura Carter, suburbs of Savannah, Ga.

Her story: Carter supports an 18-year-old daughter and herself with a $27,000 salary from her job as a mitigation specialist and collector in Savannah, 45 minutes from her home. When her company changed insurers in October, her premiums for family coverage soared by about $150 a month, to $285.

A: People like Carter, who feels stuck in a workplace plan she can't afford, may qualify for subsidized coverage in the new insurance markets, called exchanges, under certain conditions.

The exchanges are mostly for people who do not get insurance at work. But they are also open to those who get work-based insurance that costs too much. The rule is this: If you are paying more than 9.5 percent of your income for your employer's insurance, you should be able to switch to a plan in the exchange, and if your income is low enough, you should qualify for subsidized premiums in that plan.

It gets a bit more complicated when your work coverage extends to a family member, like Carter's daughter. In Carter's case, she has to ask her employer how much insurance would cost her if only she were covered. If it's more than 9.5 percent of her income, she meets the test. Then she and her daughter should be able to move to a plan in the exchange. Based on her income, she should be able to find considerably cheaper coverage there.

In a family with adult children under 26, it may also be worth seeing how much separate policies would cost for parent and child, and whether the child might qualify for Medicaid coverage. These options are much more promising when the child is no longer a dependent on the parent's taxes. Also, Medicaid might only be an option in states that expanded the program. Georgia, for one, didn't.

Under the law, children up to 26 can stay on their family's coverage, so there's no need to split it up if it doesn't save money.