So What? Small Business Unfazed By Paid Sick Time 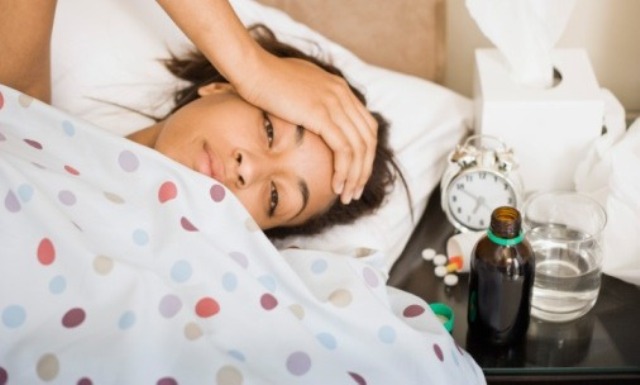 NEW YORK (AP) — As more cities mandate paid sick days for workers, the reaction from many small businesses is a big, so what?

New York City and two New Jersey cities, Jersey City and Newark, are the latest to require employers to give workers paid time off when they're ill or to care for sick relatives. San Francisco, Seattle, Washington, D.C., Portland, Ore. and Connecticut already had sick leave laws.

Similar legislation elsewhere has been a bust because of opposition from business groups and some public officials. In Philadelphia, for instance, Mayor Michael Nutter has vetoed sick leave bills twice saying they threaten jobs and make the city less attractive to new business. The Greater Philadelphia Chamber of Commerce also lobbied against the laws because of worries that businesses would flee. And the National Federation of Independent Business says when you add government-mandated sick leave to the minimum wage increases that are happening in some states, it equals rising labor costs for small businesses.

But preliminary research shows the laws have little, if any, downside for profits. And many small businesses say they don't find complying with the laws a burden. Many already gave employees paid sick time before the laws were passed. And having paid sick time makes employees happy.

"If you're sick and can't make it into work, it gives you security," says Leonardo Lima, who works for an electronics repair shop in New York. He was getting paid sick leave before the law was passed.

Research in Connecticut, whose sick leave law went into effect in 2012, shows a minimal financial effect. A report released this month by the Center for Economic and Policy Research and the City University of New York's Murphy Institute said many of the Connecticut businesses already had paid sick leave. Nearly 47 percent of 251 companies surveyed said the law hadn't affected costs. Only 6.5 percent said costs rose 5 percent or more. And 60 percent said keeping records was somewhat or very easy. The think tank's research tends to support paid time off for workers, including family and medical leave.

Ray Fitzgibbon expected Seattle's law, which took effect in September 2012, to create a nightmare for his Synergy HomeCare business, but he's been able to afford paying a sick worker and a replacement. "I had used the arithmetic based on a worst-case scenario and it was scary. And in hindsight, it just hasn't turned out like that," he says.

Washington, D.C.'s law, which took effect in 2008, hasn't prompted an exodus of companies. Four years later, a survey found that 88 percent of companies said they would not leave the city because of the law.

But the laws do create some headaches. Workers at law firm Genova Burns Giantomasi Webster often work out of offices in different cities including Newark, Jersey City, New York City and Washington, D.C. Some municipalities have different laws about hour sick time is accrued. Figuring out how to manage sick time when employees work in different locations isn't easy.

"I'm not sure how the ordinances work if I have one of my staffers in Red Bank (N.J.) work out of my Newark office for a time," says managing partner Brian Kronick.

Another wrinkle for owners is that they may need to pay two salaries: One for the sick person and one for the person filling in. They also need to track employees' work hours and report it to the government. Some companies use technology to handle the additional work involved. Playerize, a San Francisco software maker has a program that tracks the sick time that employees accrue and use, says co-founder Lyal Avery.

For Larry Kenny, owner of a Newark bakery, the benefits outweigh the costs. He'll have to provide sick time when Sweet Retreat Boutique hires its first employees by early June. The upside: It will help keep sick people away from baked goods, and he says having sick time will help employee morale.

"If I look at it in terms of the big picture," Kenny says, "It's an investment instead of this chore we have to do."