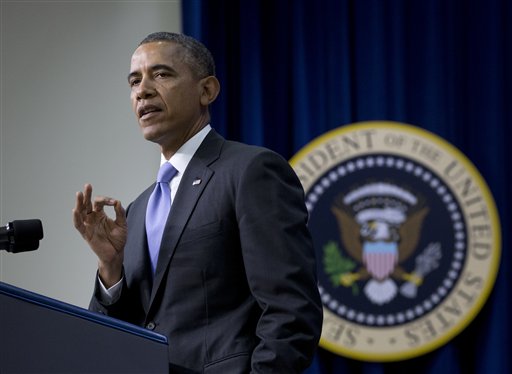 WASHINGTON (AP) — A coalition of the nation's leading technology firms joined an international protest Tuesday against the U.S. government's spying programs, urging more limits on collections of Americans' data and greater oversight and transparency about the secret operations.

Top executives from Google, Microsoft, Yahoo, Facebook, AOL, LinkedIn and Twitter published a joint statement and sent a letter Tuesday to President Barack Obama and members of Congress. The coalition of tech firms, known as Reform Government Surveillance, is urging changes that would include a government agreement not to collect bulk data from Internet communications.

Technology companies expressed outrage last year after media accounts based on leaks from former National Security Agency contractor Edward Snowden disclosed that the U.S. and the United Kingdom intercept massive amounts of metadata abroad from foreign users and sometimes from Americans. Executives highlighted their concerns during talks with administration officials about the spying programs, but Obama did not commit to curtailing the NSA's sweeps of data from the Internet.

The stance taken by the technology firms provided a public boost to “The Day We Fight Back,” a day of protest against the government's spying operations organized by civil liberties and privacy advocates. Activists urged Americans to write and call members of Congress in protest. By late morning, “The Day We Fight Back” claimed backers had sent 42,000 emails and made nearly 15,000 calls to Congress.

The civil liberties groups, which include the ACLU and the Electronic Frontier Foundation, are trying to mirror the success that civil liberties advocates had in 2012, when a similar protest effort helped derail two major anti-piracy bills in Congress. The organizers oppose a bill sponsored by Senate Intelligence Committee chairwoman Sen. Diane Feinstein, D-Calif., that would codify and provide legal underpinnings for many of the NSA's current operations.

“Reports about government surveillance have shown there is a real need for greater disclosure and new limits on how governments collect information,” said Facebook CEO Mark Zuckerberg in a statement on the Reform Government Surveillance website. “The U.S. government should take this opportunity to lead this reform effort.”

The coalition urged the U.S. and other governments to “codify sensible limitations on their ability to compel service providers to disclose user data that balance their need for the data in limited circumstances.” The group also called for strong “independent” court review that includes “an adversarial process.” Obama has committed to the involvement of a panel of public advocates in some proceedings of the secretive Foreign Intelligence Surveillance Act court, which oversees electronic spying operations. But under Obama's proposal, the advocates would have limited ability to intervene.