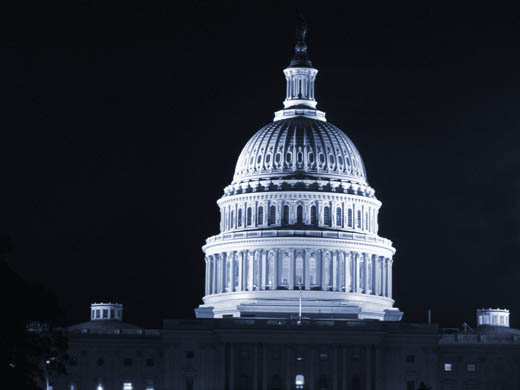 President Barack Obama's nomination of Janet Yellen to head the Federal Reserve and a three-month extension of benefits for the long-term unemployed are first up in Senate, with votes scheduled Monday night. The rare burst of bipartisanship last month produced a budget agreement, but lawmakers were unable to agree on extending federal benefits for an estimated 1.3 million Americans.

The payments stopped on Dec. 28 and Democrats, led by Obama, are pushing hard to revive them. The issue is vital to the party's core voters who are crucial in low-turnout, midterm elections, and Democrats left no doubt that they will use any Republican opposition as a political cudgel.

“Dealing with declining middle-class incomes and not enough job growth will be the No. 1 issue,” said Sen. Chuck Schumer, D-N.Y. “And if on the first day of the new session, the Republican Party says they won't even support unemployment benefit extension, the original round was started by George Bush when unemployment was 5.6 percent, they're going to show themselves so far out of the mainstream, it's going to hurt them in the election.”

Republicans hinted they might go along with extending benefits if Democrats come up with cuts elsewhere or make other concessions.

“I would like to find a way to get a compromise to extend unemployment insurance, at least for a brief period of time, but at the same time, the Democrats should make compromises,” said Rep. Peter King, R-N.Y.

However, Sen. Chuck Schumer, D-N.Y., said he is unsure Democrats can cobble together 60 votes needed to overcome a procedural hurdle on a bill sponsored by Sens. Jack Reed, D-R.I., and Dean Heller, R-Nev.

Obama already has scheduled a White House event on Tuesday with some whose benefits expired at the end of December.

“Instead of punishing families who can least afford it, Republicans should make it their New Year's resolution to do the right thing and restore this vital economic security for their constituents right now,” Obama said Saturday in his weekly radio and Internet address.

Critical to economic stability is a smooth transition to a new chairman of the Federal Reserve. The Senate is expected to confirm Yellen to the powerful post, making her the first woman to head the Fed. She would replace Ben Bernanke on Feb. 1.

Republicans intend to focus on every facet of Obama's health care law, sensing a political boost in its problem-plagued rollout as the GOP looks to maintain its House majority and seize control of the Democratic-led Senate.

First up in the House, according to Majority Leader Eric Cantor, R-Va., is legislation addressing the security of personal data, part of his party's effort “to protect the American people from the harmful effects of Obamacare.”

Republicans also promise closer scrutiny of the administration's tally of enrollment numbers in the program.

Such rancor ruled in the first session of the 113th Congress with few bills passed and sent to the president. The combination of divided government and the upcoming elections stand as an obstacle to major legislation in the second session, counting down to November when all 435 House seats and 35 Senate seats will be on the ballot.

Senate Majority Leader Harry Reid, D-Nev., predicted widespread inaction would be the norm “unless the Republicans in Congress decide they should do something for the American people.”

He described the GOP as “out of touch with what's going on in America today.”

Republican Rep. Matt Salmon faulted Obama, calling the president a “polarizing figure” with a “my way or the highway attitude.”

Lawmakers face a Jan. 15 deadline to agree on a spending bill to keep the government running and avoid a partial shutdown that roiled Congress last fall. Passage of legislation in December scaling back the automatic, across-the-board cuts gave the House and Senate Appropriations Committees time to draft a massive, trillion-dollar-plus measure to run the government through September.

A short-term measure is likely this month just to let the government continue operating.

The GOP-controlled House and Democratic-led Senate spent a chunk of last year wrangling over renewing the nation's farm bill after passing competing versions of the five-year, roughly $500 billion measure. In dispute are crop subsidies and how deeply to cut the $80 billion-a-year food stamp program, with the House slashing $4 billion and the Senate $400 million annually.

Several contentious issues loom in the near term.

Twenty-six senators have signed on to a new Iran sanctions bill that Obama opposes while his administration negotiates with the Iranian government over its nuclear program. Proponents of the legislation that would impose sanctions if the talks falter are seeking to gain the support of more senators when Congress reconvenes, with the hope of a full Senate vote this month.

Although the issue may not be an immediate legislative priority for returning lawmakers, it could become a major point of discussion as advocates and opponents of fresh penalties make their cases.

Reid spared the administration a vote in December, but this month he may not be able to hold off proponents of tough sanctions.

The majority leader did promise Sen. Kirsten Gillibrand, D-N.Y., a vote on her legislation to give victims of rape and sexual assault in the military an independent route outside the chain of command for prosecuting attackers. Her solution would take the decision from commanders and give it to seasoned military lawyers.

Unclear is whether the House will tackle major legislation to overhaul immigration laws. Advocates remain hopeful. But some House Republicans still resist any legislation, fearing it would lead to a final bill that includes a path to citizenship for the estimated 11 million immigrants living in the country illegally.

King, Salmon and Reid spoke to CBS' “Face the Nation.” Schumer spoke to ABC' “This Week.”