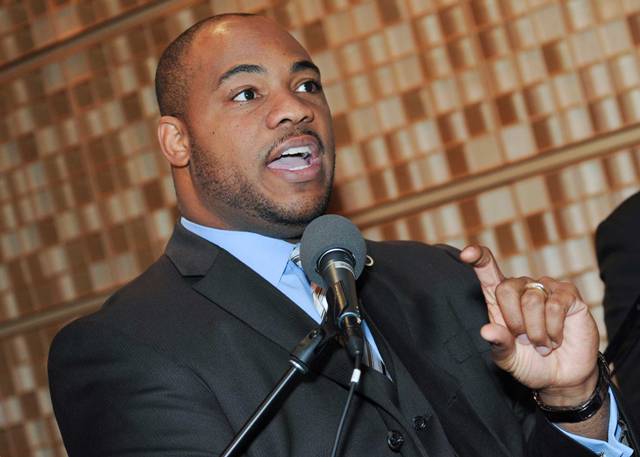 As the Obama administration makes strides to improve the functionality of HealthCare.gov, the flagship website for the Affordable Care Act, Republican lawmakers continue to block federal funds that would help millions of poor Blacks get health insurance coverage.

A progress report on the improved performance of HealthCare.gov cited hundreds of software bugs that generate errors and hardware and infrastructure ill-equipped to handle any significant volume to site.

“For some weeks in the month of October, the site was down an estimated 60 percent of the time,” stated the progress report.

Two months later, after insiders revealed that the site crashed on a test run with just a few hundred concurrent users, HHS officials said the site is more stable and can handle 50,000 users at a time.

Anton Gunn, (pictured) director of External Affairs in the Office of Intergovernmental and External Affairs (IEA) at the U.S. Department of Health and Human Services, said that in the first two months, 1.2 million Americans selected marketplace health insurance plans or they received a determination that they were eligible for Medicaid or the children’s health insurance program. Another 1.9 million people have completed the application process through healthcare.gov and are still in the process of shopping for a plan.

“The bottom line is that healthcare.gov, beginning December 1, is night and day from where it was on October 1,” Gunn said.

Last week, HHS announced that ex-Microsoft executive Kurt DelBene would replace Jeff Zients as the leader of the HealthCare.gov project. According to a statement released by the Health Department, DelBene will oversee field operations for HealthCare.gov and provide advice on additional enrollment channels, marketing and communications.

Applicants who want to enroll in Marketplace coverage that begins on January 1 should have completed the application and selected a plan by December 23 and pay the premium by December 31 or the date chosen by the insurer. Open enrollment closes on March 31.

Despite the website upgrades that include a feature that allows visitors to window shop for health care plans without creating an account, one of the biggest threats to the success of the Affordable Care Act is Republican obstruction at the state level.

According to a recent report released by the Department of Health and Human Services, if all states expanded Medicaid coverage, 95 percent of Blacks who don’t have health insurance might qualify for Medicaid, the Children’s Health Insurance Program (CHIP), or tax credits that would decrease the burden of paying premiums out-of-pocket. Blacks account for 16 percent of Americans that fit into the eligible uninsured category and “more than 2.2 million African American adults live in states that are not expanding Medicaid,” stated the report.

According to a report by the Kaiser Family Foundation, 25 percent of nonelderly Black adults lack coverage compared to 15 percent of Whites. The report found that, as of two weeks ago, 25 states were not expanding Medicaid.

“In states that do not expand Medicaid, nearly five million poor uninsured adults will fall into a ‘coverage gap.’ These individuals would have been eligible for Medicaid if their state had chosen to expand coverage,” stated the report. “In the absence of the expansion, they remain ineligible for Medicaid and do not earn enough to qualify for premium tax credits to purchase Marketplace coverage, which begin at 100 percent FPL [federal poverty level). Most of these individuals have very limited coverage options and are likely to remain uninsured.”

The Kaiser report said that 40 percent of uninsured Black adults that live 138 percent below the federal poverty level ($15,856 for an individual, $32,499 for a family of four) “will fall into the coverage gap.”

The report found that many of the states that have chosen not to expand Medicaid are in the South, contributing to the disproportionate effect the move will have on Blacks that live there.

Blocking Medicaid expansion that would help millions of poor people receive affordable health care will also have a significant economic impact on those states, as well.

In Georgia alone, where 15 percent of all uninsured nonelderly Blacks live, the state will forego $8.2 billion between 2013 and 2022 and more than 70,000 jobs. In Florida, where 16 percent of Black adults in the coverage gap reside, assuming that state expanded Medicaid in 2014, by 2016 the Sunshine State would have gained 71,300 jobs and $8.9 billion in increased in economic activity.

In states that chose to expand Medicaid, the federal government plans to pick up 100 percent of the tab for the first three years and no less than 90 percent after the first three years. Some states that didn’t partner with the federal government to expand Medicaid under the ACA are currently picking up as much as 50 percent of the cost.

Rep. James E. Clyburn (D-S.C.) said that his state is in that group.

“For various reasons, Medicaid rolls are growing in a lot of these states and they are doing themselves a tremendous injustice by not participating in the Affordable Care Act,” said Clyburn.

Gunn said that the important thing to remember is that no matter who you are whether you’re unemployed, underemployed or fully employed, if you don’t have affordable, accessible health insurance coverage, you should check out the marketplace.

On a recent call with reporters, Gunn also encouraged young people, who might believe that health insurance is still too expensive, to log on to healthcare.gov to see if they qualify for any subsidies or tax credits.

Valerie Jarrett, a senior advisor to President Obama said that Republican lawmakers need to end their constant obsession with repealing or sabotaging the Affordable Care Act that is currently providing benefits to an estimated 7.3 million African Americans.

She said, “We are always willing to explore opportunities to strengthen the Affordable Care Act, but what the president is not going to do, as long as he is in office, is repeal it.”